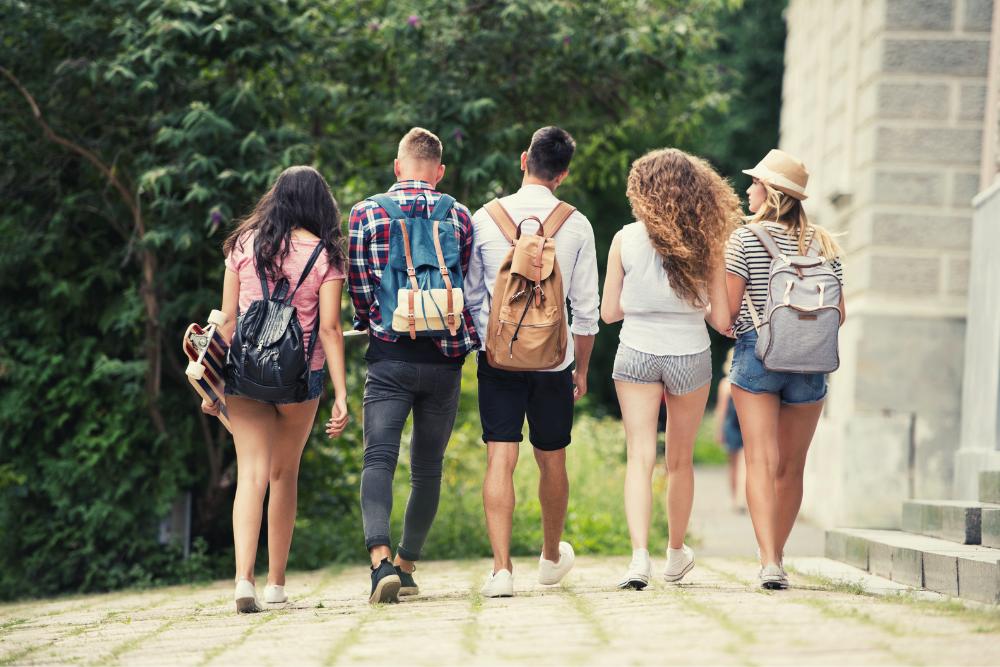 I fancy myself a hip parent. It doesn’t matter that I’ve only used four out of the 50 colors in my Morphe palette, and although I follow certain “influencers,” I don’t really understand what that means. At least I own some trendy makeup and know influencers exist, so I’m holding onto my cool card. My daughter suggests that using words like “fancy myself” and “hip” means my cool card has already expired, but what does she know?

My teenager’s incorrect opinions aside, an area I will confidently declare myself as uncool is the world of modern-day teen lingo. Gone are the days of “totally rad” and “talk to the hand.” Those sayings may not have been as great as we thought they were growing up, but at least they made sense in context. Today, the words and phrases my teens and their friends use require a decoder and even then, you’ve got a 50/50 shot of walking away understanding what they were talking about.

If you too find yourself wondering if you didn’t get the memo that the English language was replaced with random new words and sayings, fear not, I’ve got you (mostly) covered. I’ve created a guide to understanding at least some of today’s teen slang. Full disclosure, I enlisted the help of my teens who love nothing more than to throw me off their scent, so I encourage you to do your own research. After all, I just learned what “Netflix and Chill” really means due to lack of my own follow-up research. Don’t be me.

Put You On: I learned about this one during a rare moment where my daughter wanted to share her music with me. It means to show someone something you like and encourage them to like it as well.

Bops and Slaps: Speaking of music, these are both terms used to describe good music. It’s my understanding that slaps are mostly associated with good rap music, but I’ve yet to be able to independently verify this, so take that for what it’s worth. Proper Sentence Application: “Mom, I’m going create a playlist and put you on to these bops.”

Raw, Lit, and Fire: I still can’t figure out the proper use of each of these words and how they differ based on the scenario. If my smooth dance moves are lit, can they also be fire and raw at the same time? All three words basically mean outstanding, so when in doubt, go with the one that has its own emoji for advanced social media application. If you want to take it up a notch, tell your teens something is “straight fire” and watch their heads explode in horror that you attempted such next-level terminology.

Sipping and Spilling Tea: Spoiler alert — there is no actual tea involved. If you are spilling the tea, you are giving all the details. If you are sipping tea, you are minding your own business. As near as I can tell, sipping the tea usually means you are listening to someone spill the tea, so by definition that is contradictory. I warned you. None of this make any sense.

I didn’t even get into the words about relationships, drugs, and sex (there are many) because that sends me down a path of grounding my teens for life just because the words exist.

Although it’s a short list, I hope you find this low key, woke AF blog post useful. If not, don’t be green or throw shade. Just skurt right by, Bruh.

As of the date of this post, all words and their definitions may have been replaced by something new. It's how our kids keep us down. We are too old and too busy begging them to clean their room to keep up. They know this. Use these words at your own risk.