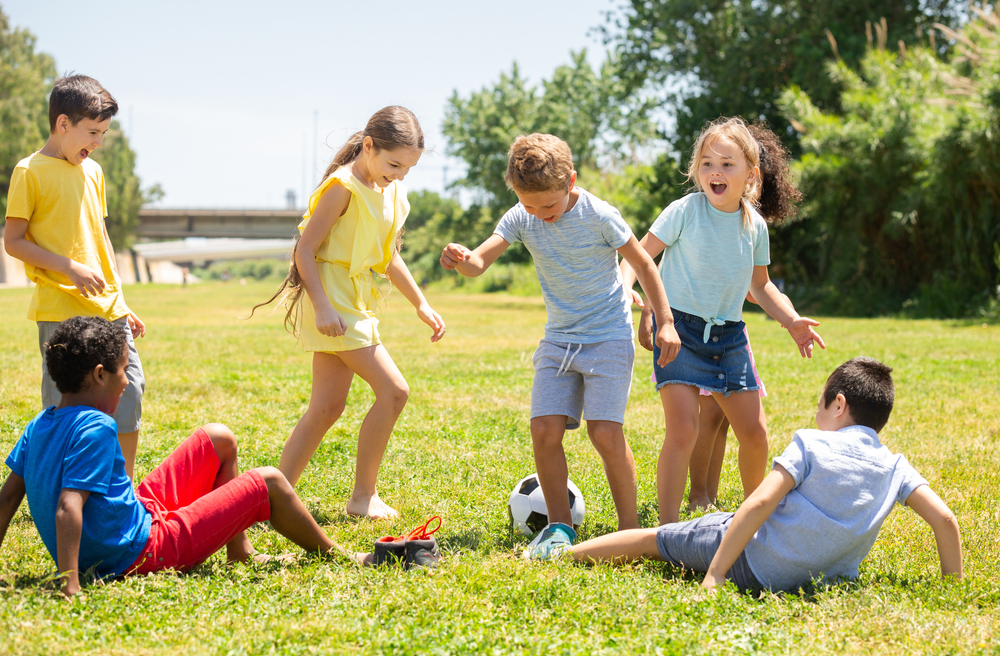 I’m sure you’ve heard it before: a 2-year-old being called a “flirt” because he plays with his female classmates. A 5-year-old’s friend at school being referred to as her “boyfriend” by her parents because they’ve become buds. A dad asking his 7-year-old if she has a crush on the boy who is playing tag with her in the park.

It seems harmless and insignificant, right?

Honestly, I didn’t give it too much thought until recently, after an interaction my oldest son had with some of his friends. In this particular group, my kids are typically in the minority as two of the only boys, but they all get along great. My oldest son, who is almost 9, just happens to be closer friends with one of the girls, because they share similar likes and qualities — they’re both easy-going, love Star Wars, and like to be active.

But during one of our recent gatherings, we heard some of the other kids start in with “[Name] and [Name] sitting in a tree. K-I-S-S-I-N-G…” My son and his friend (who were playing together at the time) were absolutely mortified. There were tears and parental intervention. And while we moved on from it at the time, my sweet child later asked me why he couldn’t just be friends with someone who happens to be a girl. Why was it such a big deal?

I think many of us probably think it’s not a big deal, but the way we talk and act about boy/girl relationships to and around our kids may say otherwise. When we comment on our child’s “boyfriend” or “girlfriend,” or ask about their crushes before they’ve even hit puberty, we’re giving our kids mixed messages about what we and others expect from girl/boy friendships. If you’d refer to your child’s same-gendered friends as “friends,” their friends of the opposite sex should be referenced the same way.

According to the experts, there are also lots of benefits to fostering girl/boy friendships in children, like exposing them to different types of play, helping them with various types of conflict resolution, and seeing each other as equals with who they are comfortable communicating with. Encouraging friendships between boys and girls will only benefit them in their personal growth and provide a healthy foundation for when they are ready for a romantic relationship, regardless of whether it’s with the opposite sex or not.

“So, I can be just friends with girls,” my son said after our Harry and Hermione discussion. “Of course!,” I said. “Anyone would be lucky to have that kind of friendship.”

While my son was comforted by the comparison, I still know we have a long way to go. So, the next time your son or daughter is playing with a child of the opposite sex, try to avoid commenting on how cute they look together (as hard as it may be).

What I’ll Miss Most Now That School Is Over