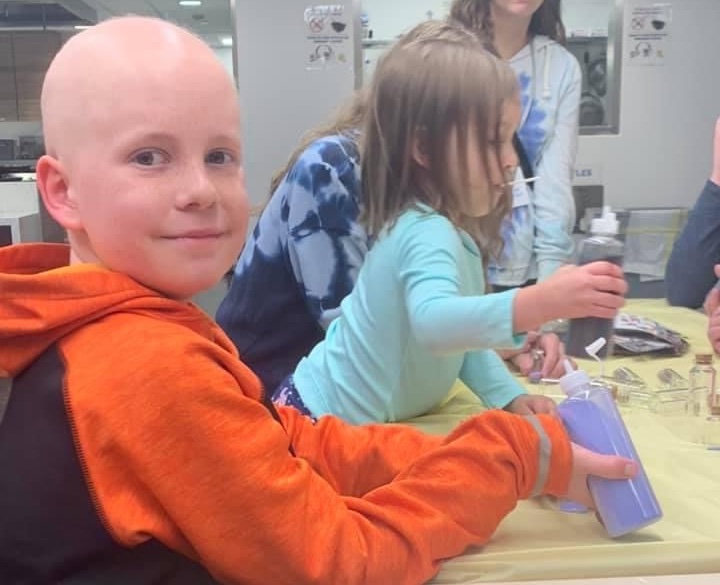 Joe DeWaele’s story is one that is filled with bravery, strength, fear, laughter, and ultimately, love. My son Joe was just 8 years old when he was diagnosed with hypodiploid acute lymphoblastic leukemia on March 3, 2019. The diagnosis came out of left field, and to say that we had the breath stolen from us would be the understatement of the century. When the doctor uttered the dreaded words, “I’m sorry, but your son has leukemia,” the first words that fell from my mouth were to my husband. I said, “We can’t lose him,” and then almost fell over. Within an hour we were racing down I-95 in an ambulance with the sirens and lights running en route to Wolfson Children’s Hospital. Upon arrival, we were directly admitted to the Pediatric Intensive Care Unit where the hematology/oncology team was waiting for us.

The first week was a whirlwind. We spent those days quelling the fear that understandably surfaced with Joe, hours talking with his team of oncologists in a tiny room with no windows, and having more information thrown at us than we could possibly absorb.

Within the first 24 hours, Joe was taken to surgery to have a port placed in his chest where he would receive chemotherapy, blood transfusions, and medication. He immediately started chemotherapy and three days later was released to the oncology floor. In those initial days, Joe asked us multiple times if he was going to die. How do you prepare yourself, as a parent, for your 8-year-old son to ask you that — let alone answer? My answer every time was, “Not on my watch, darling.” If only I could have kept that promise. 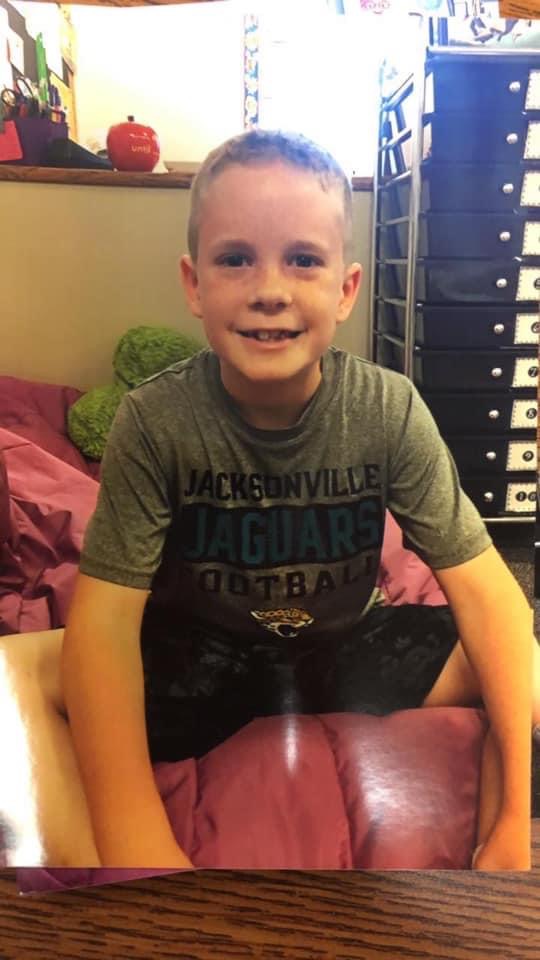 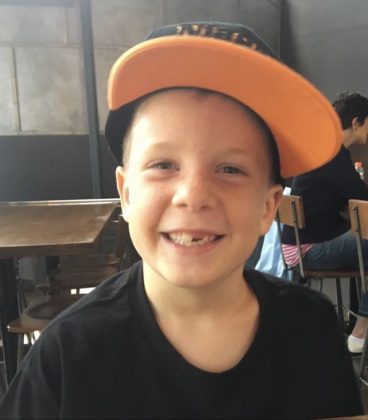 As Joe’s story began to play out, it became apparent that not only was his leukemia smart, but it was also extremely aggressive. When we learned that traditional chemotherapy did not work for Joe, we were devastated. However, we still had options. We were sent to the Children’s Hospital of Philadelphia for immunotherapy called CAR-T. Joe and I uprooted from Jacksonville in August 2019 and moved to Philadelphia for this treatment. We lived at the Ronald McDonald House when we weren’t inpatient. Joe was as brave as I have ever seen him. We asked a lot of him, and he faced it head-on. Brave. Strong. Resilient. Joe ended up spending a week in the Pediatric Intensive Care Unit. He was intubated, in multiple organ failure, with stiffening lungs — all a direct side effect of his CAR-T immunotherapy. True to form, Joe pulled through, and we were eventually discharged to wait for the results of treatment. Joe and I made some wonderful memories in that time. Memories that I will forever be thankful for. When we were called in for results, the same news befell us. It hadn’t worked. Our options were dwindling quickly, but we still had hope.

We flew home to Jacksonville to attempt a trial drug in the hopes of getting Joe into remission and prepare him for a bone marrow transplant. After two weeks, we were told, yet again that treatment had not worked. The situation at that point was dire. We had two options. We were told we could take Joe home and make memories with the time we had left, or we could continue to fight his leukemia. We choose the latter option.

To continue the fight, we once again uprooted, this time to St. Jude Children’s Research Hospital in Memphis. We arrived on October 23, 2019, and began treatment immediately. Joe was strong and brave as always. Again, we asked a lot of him, but he rose to the challenge. We were only there for a month. No one, including Joe, was going down without a fight. Separated again from his family, home, and friends, Joe struggled to keep his spirits up. The longing to be home was palpable. We lost Joe at 10:12 a.m. on November 26, 2019. I was blessed to hold him in my arms as he drifted out of this world and raced ahead of us to Heaven.

Joe’s life is a story of love of the purest form. He is forever the boy that has stolen my heart.

About the Joe DeWaele Memorial Foundation

In the nearly two years since we have been without our precious Joe, we have done what only feels right. That is to raise funds and awareness for pediatric cancer research. We hope that one day no family will have to stand in a tiny room with no windows and hear those dreaded words.

We have started The Joe DeWaele Memorial Foundation which is now a 501 © (3) charitable organization. Our next event will be held on November 27, 2021, in Nocatee, Florida. Joe’s Jog For A Cure is a 5K/1-mile fun run that will help raise funds for research at St. Jude Children’s Research Hospital, dedicated to finding a cure for Joe’s rare subtype of leukemia. Our family and foundation are dedicated first and foremost to keeping Joe’s beautiful spirit alive and present. It is our hope to help be the change in the world of pediatric cancer which is grossly underfunded.

You can visit our website joestrong.org to read more about Joe, our foundation and events, and to register for Joe’s Jog For A Cure. 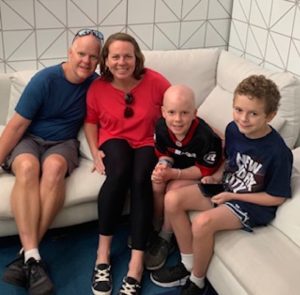 Carolyn DeWaele is the proud mom of John and Joe. She has been married to her husband, David, for 15 years, and they enjoy spending time as a family. Carolyn is a Speech-Language Pathologist and has worked with the Duval County School Board since 1996. In the nearly two years since losing her beloved son, Joe, she has found a new mission in life. Raising funds and awareness for pediatric cancer research is of utmost importance to her. The Joe DeWaele Memorial Foundation was started in honor of Joe and all the children in families in the fight against pediatric cancer. When she is not working on events for the foundation, Carolyn enjoys spending time with her family, boating, cooking, and traveling.

Bringing Smiles to Local Pediatric Patients One Room At a Time