In case you didn’t know it, you’re strong. SUPER strong. You lift babies out of cribs, off the ground, out of car seats, wrestle them for a diaper change, carry bigger kids when they’re too tired to walk, squat down to play, squat down to pick up, use one hand to clean dishes, use one arm to get groceries out of the car and so much more every.single.day.

It’s exhausting but what if I told you it doesn’t have to be. Imagine how strong you’d be if you actually practiced those every day movements, if you focused on doing them properly and then added weight. THAT’S what I experienced during my bootcamp at Hard Exercise Works San Marco.

After 5-weeks of practicing deadlifts, overhead squats, pull-ups, pushups, handstands and many more functional movements I was STRONG! Sure, I had also lost 7 inches along the way, (which by the way you absolutely will do during the 5 weeks) but what was really impressive to me is what my body was capable of doing. By the end of my bootcamp I was practically throwing my youngest over my shoulder when I picked her up, I’m picking up heavy things with ease, and of course, I have a ton of energy. 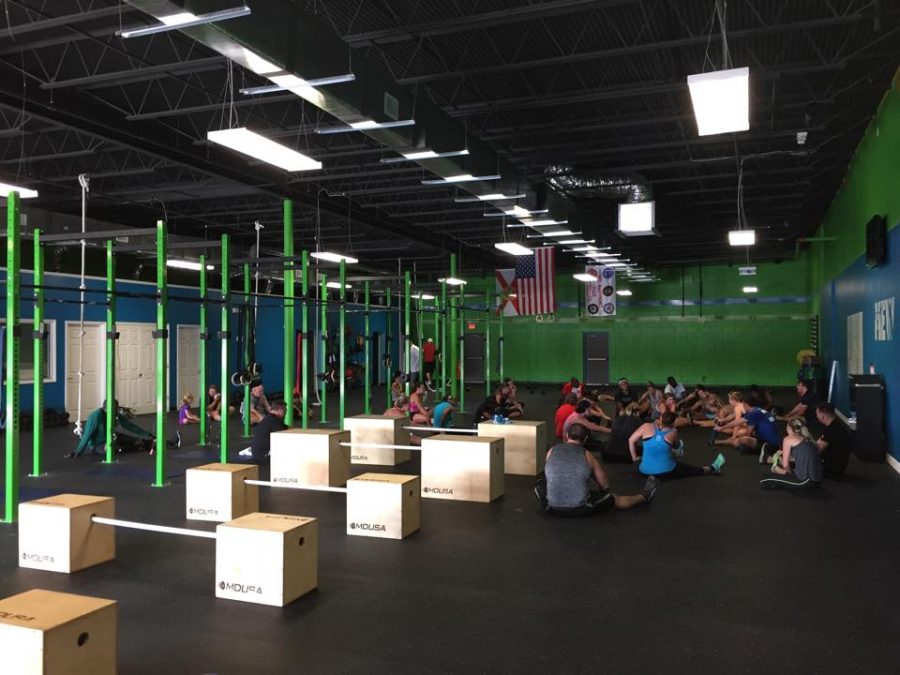 The reason my 5-week bootcamp was so successful has everything to do with HEW’s trainers. If you recall from my first HEW post I was instantly intimidated by the heavy weights that lined the floor and ropes that hung from the ceiling. But that intimidation quickly vanished when HEW’s trainers thoroughly explained the movements and offered modified versions at each and every class.

Not once did I feel embarrassed about my ability, nor did anybody there make me feel bad for not being able to do an exercise. I also never felt lost about what I was supposed to be doing. The gym includes a dry erase board that always has the workout written out, which is then explained in great detail before starting. During the workout the trainers constantly walk around to answer questions, correct form and encourage. 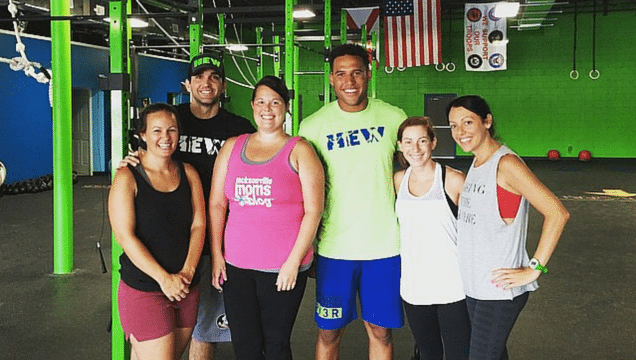 In addition to my new found strength and inches lost, I felt like I had joined a family at HEW. Most of the members there were also doing their own 5-week bootcamp. Plus, there were some classes where we’d partner up or break into teams and cheer each other on as we rotated through exercises. This gave us the chance to get to know each other while connecting us in a way other gyms can’t do.

And then there is the kid’s room. This is such a great perk to HEW San Marco. Because of this room I was able to go to HEW whenever I had the chance. I didn’t have to get up extra early or hire a babysitter every time I wanted to go. I just brought the girls with me and they would watch a movie or play with the many toys in the room. I will admit that my youngest didn’t love the room but HEW owners Mark and Liz were kind enough to let her sit in her car seat or stroller outside of the room while I worked out. 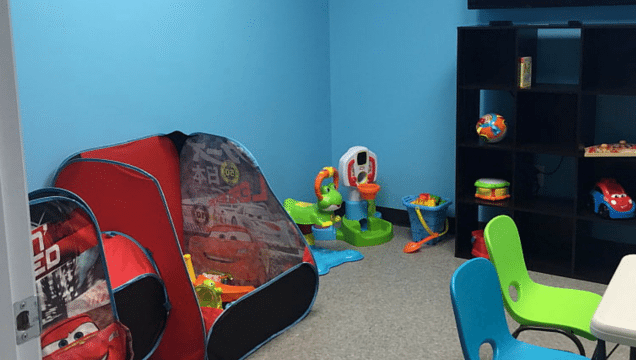 Thanks to Hard Exercise Works San Marco I am definitely more fit to handle the physical demands of motherhood. Hard exercise does work all you have to do is say yes.

HEW San Marco’s 5-week bootcamp price is normally $199 but the gym will be honoring the $29 for Jax Moms Blog readers for the month of August. After that it is $67.50 bi-weekly and $47.50 for first responders, military, and students. HEW also offers various session packs.

Get Social with HEW San Marco!

Thank you Hard Exercise Works San Marco for sponsoring this post. All options are my own.