December 29, 2006. This is the night I met my future husband, Peter, and the night we had our first conversation about our own individual desires to eventually adopt a child. I can’t speak to the exact chain of events that led Peter to his decision, but my career as a pediatric occupational therapist paved the way for me.

At the time Peter and I met I’d spent the majority of my career doing community-based early intervention. I saw little ones birth three-years-old in their homes and daycares. Many of the children I saw were either in foster care or had been adopted out of the system. I looked at the sweet faces of these babies who weren’t able to live with their biological families, and I saw faces full of innocence and potential. I saw faces of children who could grow up to be happy, successful, and thriving members of the community if they could find their way into a loving family.

After we were married Peter and I knew for certain that we wanted to have a biological child and then pursue adoption. Our daughter was born in 2008. As she approached three, we decided it was time to dip our toes into the adoption pond and start our journey. While the majority of our family and friends were generally supportive, they had questions, and they had concerns. The two most frequent questions we heard were:

Have you ever heard the phrase “Life is what happens when you’re busy making plans?” That’s exactly how our adoption story started. We were busy planning how we were going to make an adoption happen. Was it going to be financially feasible for us, what path were we going to take (international, foster care, or private), what age and gender would fit our family the best, etc. Little did we know that a simple phone call from a co-worker/friend would lead me to lay eyes on the beautiful two-year-old little boy who would become our son.

The first thing I knew about this little boy was his face. He had beautiful mocha skin, a head full of soft curls, and an infectious smile. I had the opportunity to meet him before Peter and I knew from the first time I saw his face that he was meant for our family. I was a nervous wreck the day I took Peter to meet him. What if he didn’t feel the same connection I felt when I met him? What if we walked away with completely different plans? The second we walked in and I saw Peter’s face as he saw little man’s face I knew…I knew that Peter had just met his son.

Despite a few (scary) bumps in the road, our journey was relatively fast and easy. Once parental rights were terminated, he moved in with us within three months and the adoption was final two months later. Little man’s transition into our home was so much easier on him than we anticipated. From day one it was as if he just belonged there.

He was happy and absolutely the easiest kid ever. Our daughter, on the other hand, grew horns. She was very excited for maybe a week and then she started asking when he was going back to the other house. She announced that she wanted to trade him in for a little sister. Having had our full and devoted attention for nearly four years, she didn’t take kindly to having to share the spotlight. 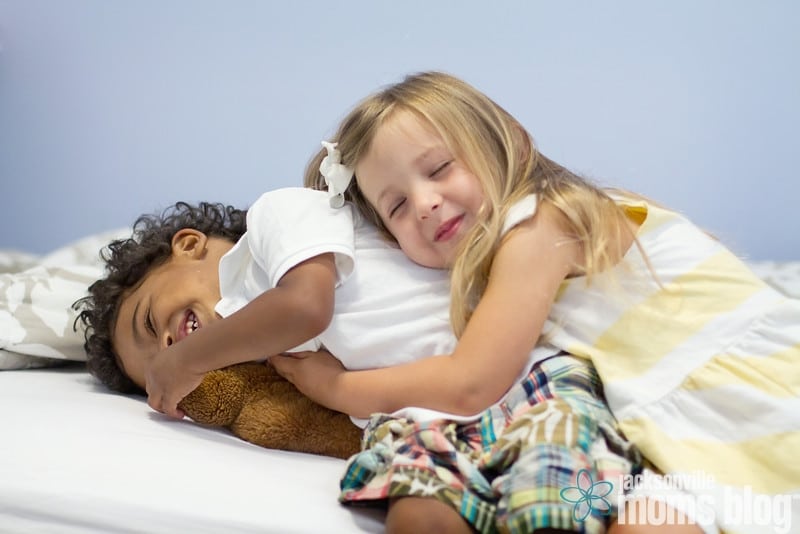 Peter and I had our own set of challenges. I think, in the beginning, we had the same difficulties and frustrations as any family adding a second child. Most of those difficulties revolved around finding time for everyone and everything as well as establishing new routines. It wasn’t until several months in that the difficulties started feeling less normal new family stuff and more overwhelming.

Just like in a romantic relationship we went through a honeymoon period where everyone was excited, on their best behavior, and reveling in the novelty of the experience. Suddenly the honeymoon was over. It wasn’t novel anymore. We were in the midst of keeping up with all of his therapies/doctor’s appointments, dealing with massive amounts of sibling rivalry, learning to give everyone equal amounts of attention, the list goes on. He was feeling safer with us and began testing his boundaries. I’m pretty sure that any parent will agree with me when I say that two and three-year-old kids can be very challenging. That is, after all, why they call it the terrible two’s and trying three’s. It’s one thing to have been bonded with and loved a child for two or three years when those tricky years come along. It’s another thing to be in the midst of bonding with and learning to love a child when the terrible two’s and trying three’s rear their ugly heads. 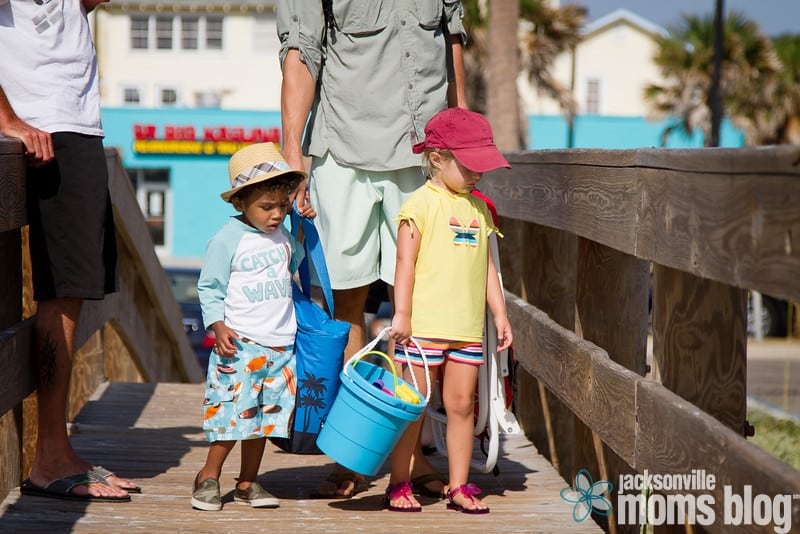 Here comes the part that is hard to put out there, but it’s the part that’s raw honesty. In the beginning, you don’t know what to expect regarding bonding, but you just assume that it will happen. It doesn’t just happen. It’s a process. A process that, a year later, Peter and I are still in the midst of. There are many days that we know we’re only going through the motions. We give little man hugs and kisses and say I love you. We do all of the things that we do for our biological daughter, and we work very hard to treat both of the kids the same, but to be perfectly honest we don’t feel the same about the two kids.

We love them both, but we don’t love them the same way. We love our daughter in a way that is instinctual and emotional. Our love for little man is less a feeling and more a decision. We choose to love him. Every day we wake up and actively make the choice to love him. On days that he throws temper tantrum after temper tantrum (happens a lot lately) that choice is a little harder to make. Many of his behaviors are typical preschool behaviors, but there are some traits that we’re pretty sure stem from his traumatic first two years. It’s tough to tease out what needs discipline and what needs extra TLC.

I personally struggle with thoughts that maybe this was a selfish action on our part. Adoption was a desire that Peter and I had, but should we have stepped aside and allowed little man to be adopted by a family who wasn’t able to have biological children of their own? Maybe that family would have been able to give him more than we have. I look at his sweet face, and I think about how traumatic his first two years were. I feel like he deserves the moon and the stars, and I worry at times that we aren’t giving him that. Then again, I’d say that most parents have moments when they worry they aren’t giving their child everything they need. That’s not a feeling unique to adoption. 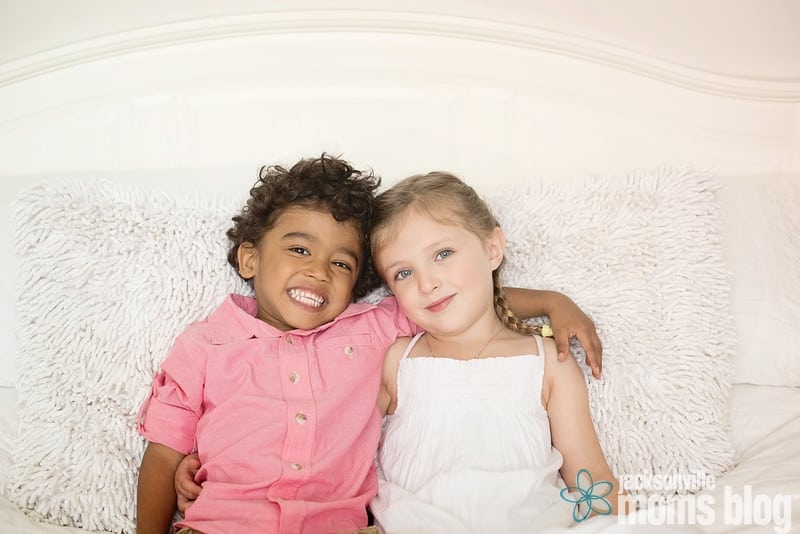 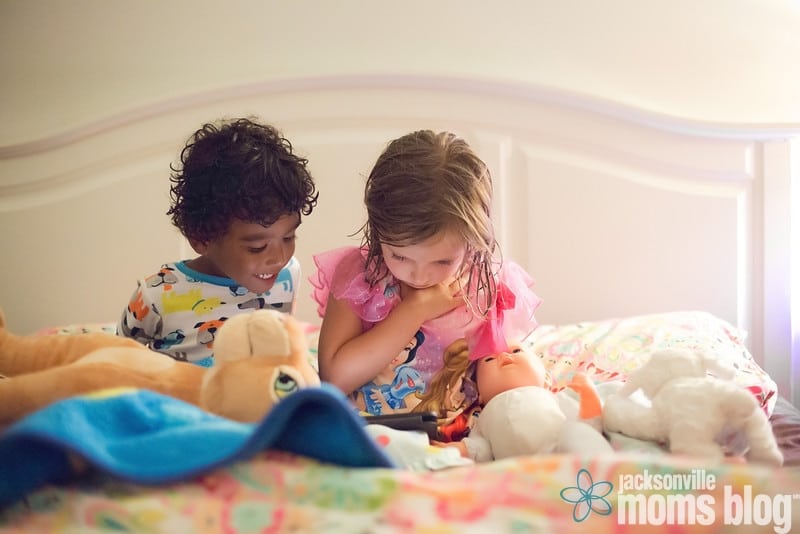 So here we are a year later, the honeymoon is over, reality has set in. The reality being that we love our little man and we wouldn’t change the path we took. We have moments when we feel discouraged and frustrated, but we also have moments when we feel such pride in him and joy in watching him grow. We still have a lot of work to do regarding building our relationship, but we’re ok with that. We’re ok with that because we know that truly loving someone is a lot of work and we know that real love happens AFTER the honeymoon is over. 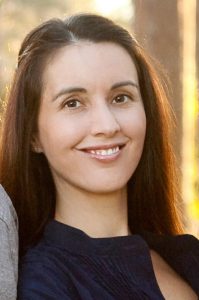 A native of WV, Mary has been a Florida resident for the past 12 years.  She moved to FL after receiving her Master’s Degree in Occupational Therapy at the Medical University of South Carolina in 2001.  She has spent the last 12 years working with children with special needs and is the owner of pOTential Pediatric Occupational Therapy Services. Mary is also the owner of 8.08 Photography and splits her time between the two businesses. When not behind the camera or working with children, Mary spends her time with her husband Peter and their two children Zofi and Canon.

Is Being Kind Enough?

Living With My Grandparents Was the Best Year of My Life