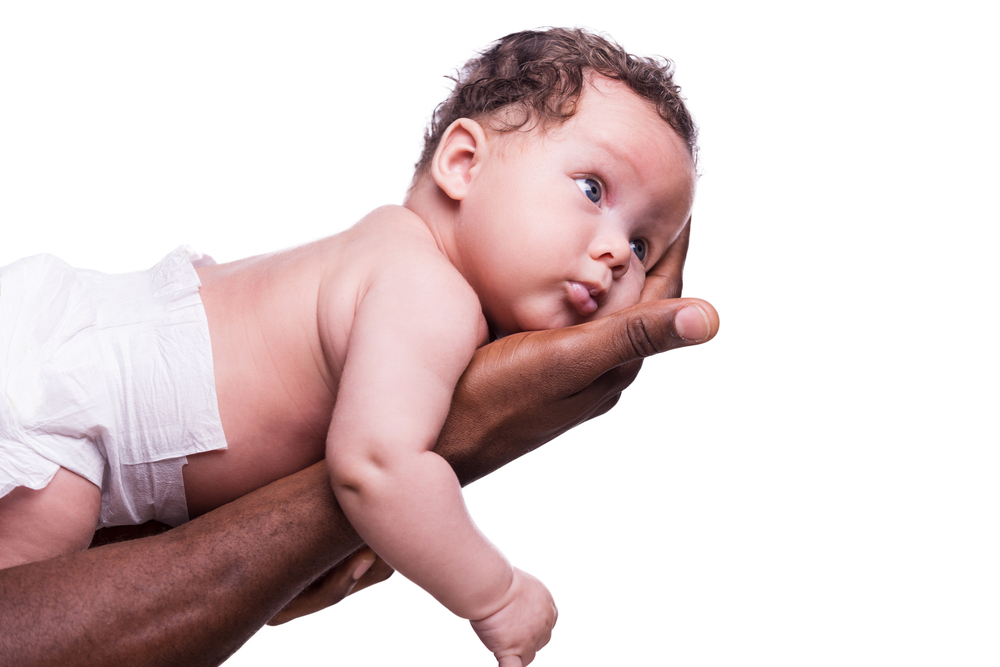 Donte Palmer is a Jacksonville father and teacher who with one post on Instagram started a movement that is making a national and global impact. Palmer’s journey began in a Texas Roadhouse in Jacksonville, FL.

While changing his baby’s diaper, his older son snapped a picture of the scene. The bathroom provided no changing table. Palmer did what he always does in a situation that is far more common than it should be — he became the changing table. In a deep squat leaning against the wall, Palmer balanced his baby on his lap to change him.

“It was nothing out of the ordinary,” he said. “In the photo, you can see how relaxed my son is. This is a typical thing in public men’s restrooms.” It wasn’t until two weeks later as he was scrolling through his photos that he happened upon the picture. He decided to speak to the issue on Instagram. The next morning, his post had gone viral and the #SquatForChange movement found its wings.

Fathers from around the world began sharing their own photos and frustration with not being provided proper changing tables in public men’s restrooms. Palmer received messages of support locally in the U.S. and abroad from countries like Australia, Brazil, Canada, Gambia, South Africa, and West Africa. Palmer believes that this is about a lot more than just changing tables. It’s about recognizing that fathers are nurturers, too.

“Men are active parents. We are changing the narrative by saying men — strong men with strong attitudes and strong personalities — can also be sensitive and say, ‘Hey, we’re here to really support and take care of our kids.'” –Donte Palmer

As the movement grew on social media, the real-world impact grew, as well. Palmer is cited as an inspiration by people and organizations who have sought to make legislative changes in New York and around the world. He has become a powerful advocate for fathers who are confident in their roles as active, nurturing parents to their children.

Just recently, Squat For Change reached a new milestone. It is officially a non-profit entity with big goals. They have a new partnership with Pampers, planning to bring 5,000 changing tables to men’s restrooms in the U.S. and Canada by 2021. Palmer is looking forward to more engagement as more fathers and parents join this important conversation. 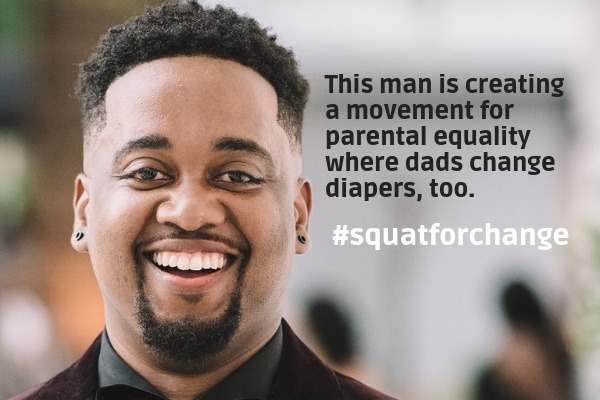 Palmer said candidly, “I just love changing my kid’s diapers. It is our bonding time. I tickle him with ‘the claw’’ just like the scene in the movie Liar, Liar. He loves it. I do, too. It’s joyful. It’s a time when I’m looking at him eye to eye and it’s meaningful. Right there, he can feel in his heart that his daddy is here and he cares for him.”

It’s clear that Palmer is not alone. Dads around the world are joining in the celebration of their roles as primary caregivers and nurturers.

Pampers has also just announced a partnership with John Legend as they work to bring this important message to more people. Donte shared his excitement over these ventures.

“It’s great to share the space with all of these fathers who are bringing awareness to the active role we play. To me, it’s really amazing how one non-partisan issue can bring a lot of people together as parents, regardless of background, regardless of culture, regardless of sexual orientation.”

We look forward to seeing what comes next for this awesome Jacksonville dad on a mission to bring awareness to the important role active and engaged fathers play in our communities.