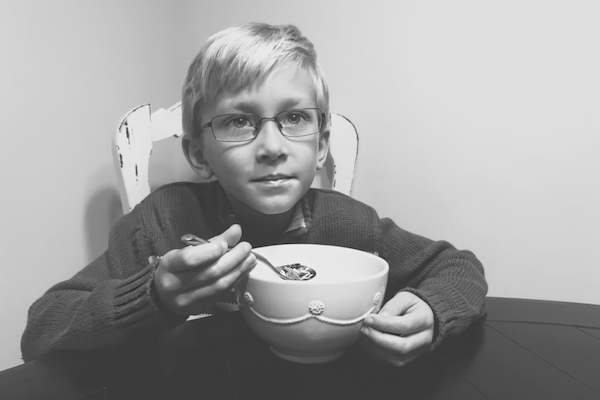 As a mother of young children, I’ve faced the many parenting decisions anyone would come to expect. I had to decide how to feed them, how to help them sleep, and how to teach them to share. Unfortunately, or rather fortunately I suppose, a new one has hit me: How do I truly teach my son, who doesn’t yet know what sex is, to not grow up into someone like [fill in the blank with the latest sexual accusation headline].

I’ve been privately reeling since watching all of the many high-powered men who have been taken down. Did the mothers of these womanizers do something wrong? How did these men treat the females in their lives growing up? Were they raised entitled because they were the male in the relationship? Can you be both progressive and traditional? These are the questions that have been spinning in my mind for several months. Perhaps the most important question is just when did these disgraced men lose their way? I doubt many of the accused were stand-up guys that snapped overnight. They got this way because they tested boundaries, and they, specifically, got away with it. Maybe what they initially did was only marginally offensive, and they simply became more brazen over time. I don’t know, but I want to make a concerted effort to ensure my son doesn’t turn out that way.

It’s not difficult to come up with a few feel-good ideas of how to raise a good human: Bring them up in the church, find a faith that lays out a clear moral roadmap, advise your child to seek out the kid who doesn’t have a friend, donate toys to needy children, etc. All of these ideas are lovely. All are ideas I’ve put into action with my own son. However, I’m not sure they truly make me feel confident that he won’t grow up to be someone successful (great!) who also uses his power to belittle and control women (not great!). It’s as if I’ve been ignoring the unsavory elephant in the room, dropping subtle moral hints, telling myself, “Well, he’s only 6 — I can’t really delve into sexual harassment yet.” As much as I cringe that this is where we are in 2018, I’m grateful I had the lightbulb go on that made me recognize that it’s absolutely not too early to talk about this with my son. Understanding consent, entitlement, abuse of power, male/female roles… these are the conversations that have to be had, and they are the conversations that need to happen on a much younger level than maybe we all initially thought.

I think the answer lies in teaching the meaning behind the phrases we use with our sons. “No means no.” Well, why? Be transparent, be specific, be constant. I don’t plan on having “the birds and the bees” talk with my son for several years, but you can be teaching the concepts of what is appropriate, and more importantly, what’s not, long before your child knows about sex. It can, and should, be taught in the everyday stuff. I view this case by case, but I’ve made a sincere effort to dissect any situation I can find a teachable moment in.

Recently, my son was adamantly trying to get my daughter to try his cereal at the breakfast table. She’s a spitfire, and it escalated into her screaming, “NO!” at him. Aside from pulling my hair out at 7 a.m. over the decibel level in my kitchen, I realized I could be having this conversation about cereal. Instead of me saying, “Stop arguing,” “Use your inside voice,” and “Please just eat your own food so we won’t be late,” I instead hit pause on the whole morning and took my son into his room to talk with him. I explained that his sister has a right to give him an answer and that he has a responsibility to not just accept it, but to respect it. We talked at length about how her opinion matters at 4 years old just as much as his does at 6 years old. An incredibly important discussion came out of a typical sibling interaction. We were late that day, and I’d do it again in a heartbeat. Those are the moments to look out for.

I’m sharing my thoughts in the hope it can help kickstart conversations in your own household and encourage you to come up with a specific plan on how to talk to your sons about respecting women. Be passionate about actively teaching your children to not become awful people. It sounds simple, but is there truly anything more important? We should all be fired up about the recent headlines because we’re human beings who want to see every human being with a fair shot at living their lives free of abuse. Earnestly watch for the fleeting moments in an otherwise normal day when you can seize an opportunity to teach and mold your kids. Remember that the goal is to have your child knowing that their self-worth comes from the good they bring out in others, and not from the power they may be able to exert over them.

Don’t let this overwhelm you. Don’t let it feel like “one more thing” to do as a parent. Wedged somewhere between teaching them to tie their shoelaces and how to win and lose at sports, we can also help our sons understand the incredible importance of boundaries and respect on a different level. I really feel that if we shelve these types of pointed conversations, thinking they’ll just go along with the “what is sex” talk in a few years, we might have missed a critical window to foster unshakeable character traits. Don’t let our young sons view consent as an option, because if we let them live like that now, then that’s going to be an incredibly hard thing to unlearn when they’re adults.

How I Wrote a Book While Raising Six Kids