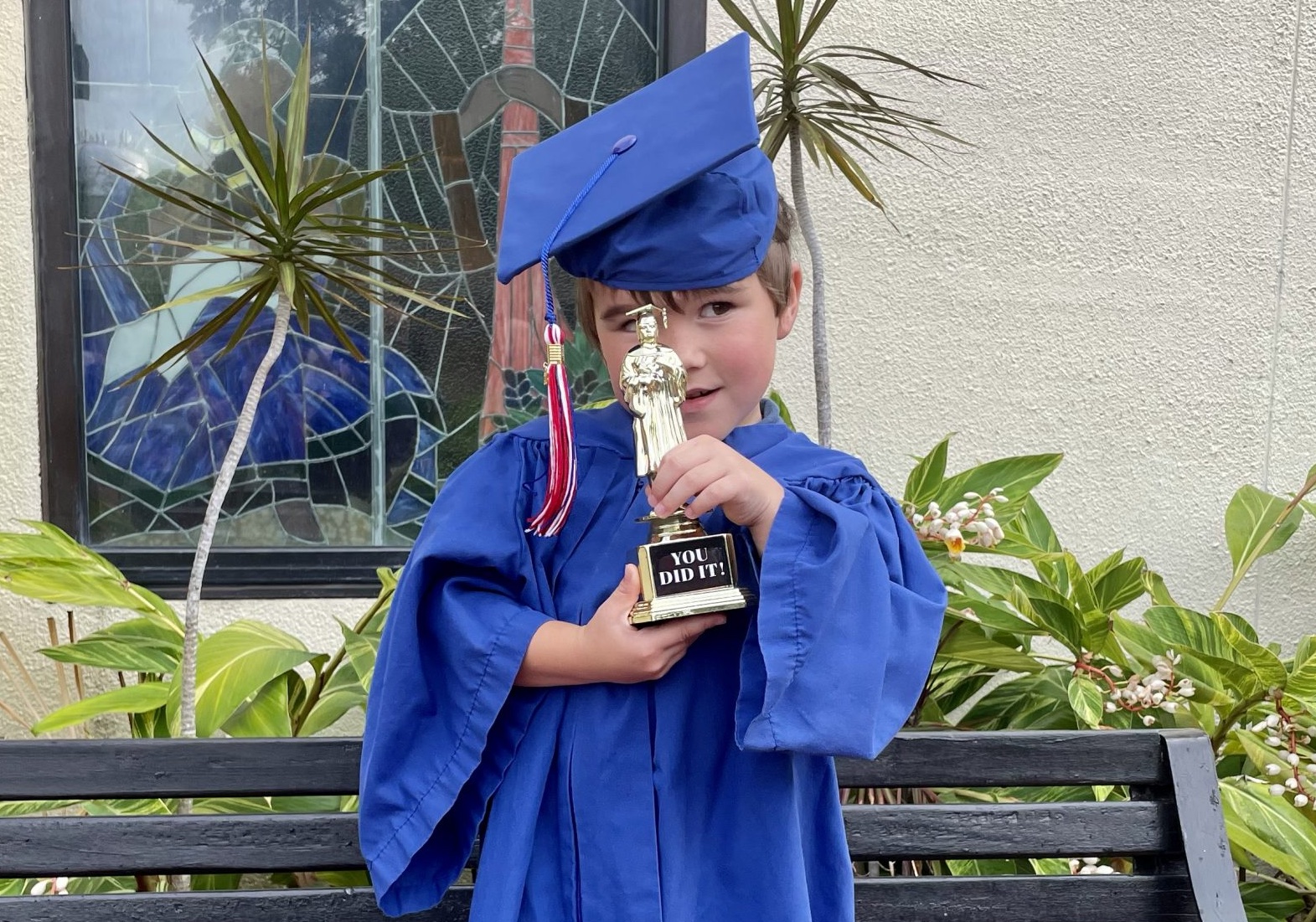 First off, if you’re thinking you’ve found the ultimate guide to determining if your child is ready for kindergarten or VPK, think again. My hope in writing this is simply to share the research I’ve done and a little bit about my own personal experience in hopes that it will help you as you decide whether or not to send your baby on that big-kid bus come fall. The main factors I’ve considered are if he was ready socially, emotionally, physically, and academically — so let’s dive in.

Socially, we knew our little bruiser was ready for kindergarten. He has been in a school setting since about age two, despite growing up in the COVID-era. We were fortunate enough to have him start daycare prior to COVID, so he understands how things work in a classroom setting and enjoys being with other kids his age. There were definite setbacks during the time at home during COVID, but thankfully we live in Florida so that time was minimal. #TGIFlorida, am I right?

Even if your child hasn’t ever been in a classroom or group setting, I think there are certain benefits to “ripping the Band-Aid off” and sending them. If they’re not starting in a group setting until VPK, just know that it’s never too late. It can be a rocky road to start — heck, both of my boys still complain and whine in the morning when it’s a school day but love it once they’re there. I often compare this to how some of us feel about going to the gym or starting exercise in general. Once you get started, you do enjoy it — it’s getting there that’s the hard part! 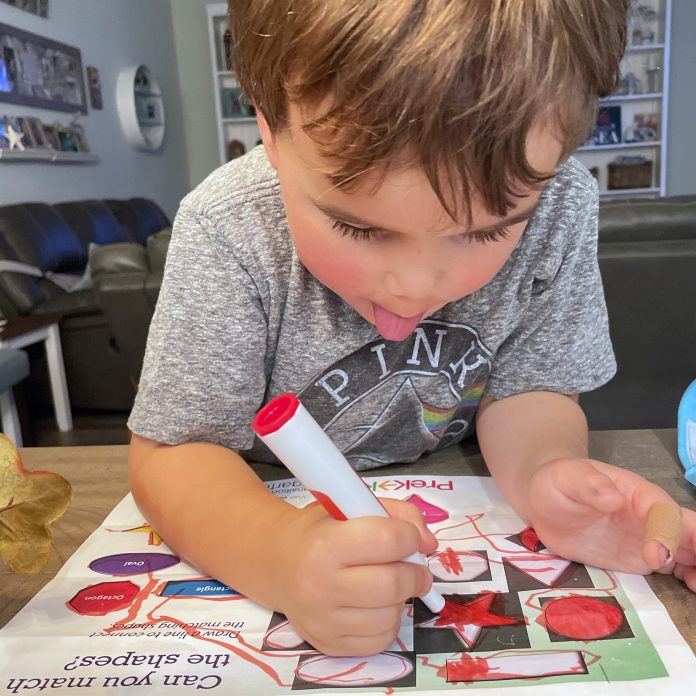 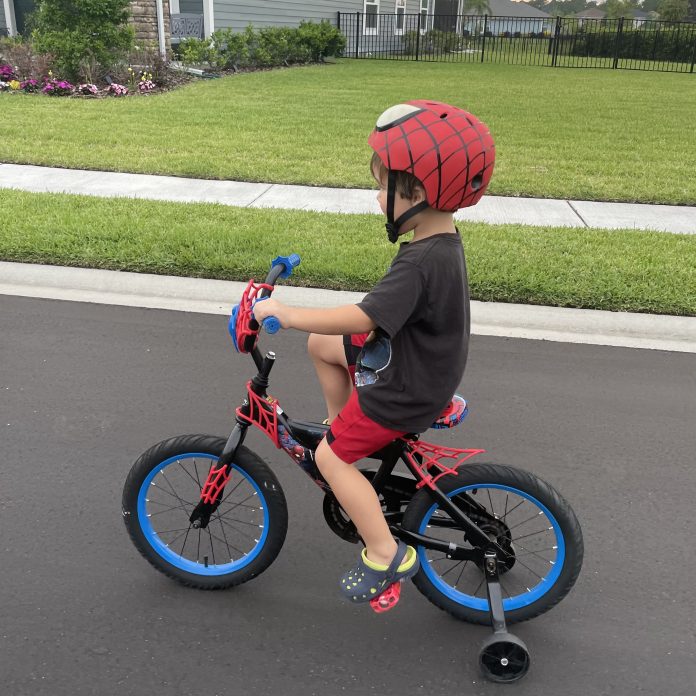 Do you know your child’s EQ? EQ = Emotional Quotient. Emotional intelligence is most often defined as the ability to perceive, use, understand, manage, and handle emotions. My dad once told me that EQ is more important than IQ. But EQ is tough when you’re a kid. For example, 4-year-olds are more likely to have meltdowns than 8-year-olds. It’s just a fact. But I think the best way to gauge an emotional level for a kid that is ready for kindergarten might be that they’re able to calm themselves down (or be calmed down by an adult) after an injury or altercation with a friend. They should also be able to understand delayed gratification, like the fact that a parent or guardian will be there later to get them, that they need to wait for snack or lunchtime, and that recess does in fact come to an end. Technology and society, in general, has really not done us any favors here, but this is definitely something the school setting will help teach them.

It’s also important to prepare yourself emotionally for the rocky road ahead. Making friends is hard, and as excited as they may be to have a new friend one day, the next day that same friend might stab them in the back or hurt them physically. Kids can be downright mean. The good news is you’ll grow with your kid and learn how to tackle life problems together as they come. 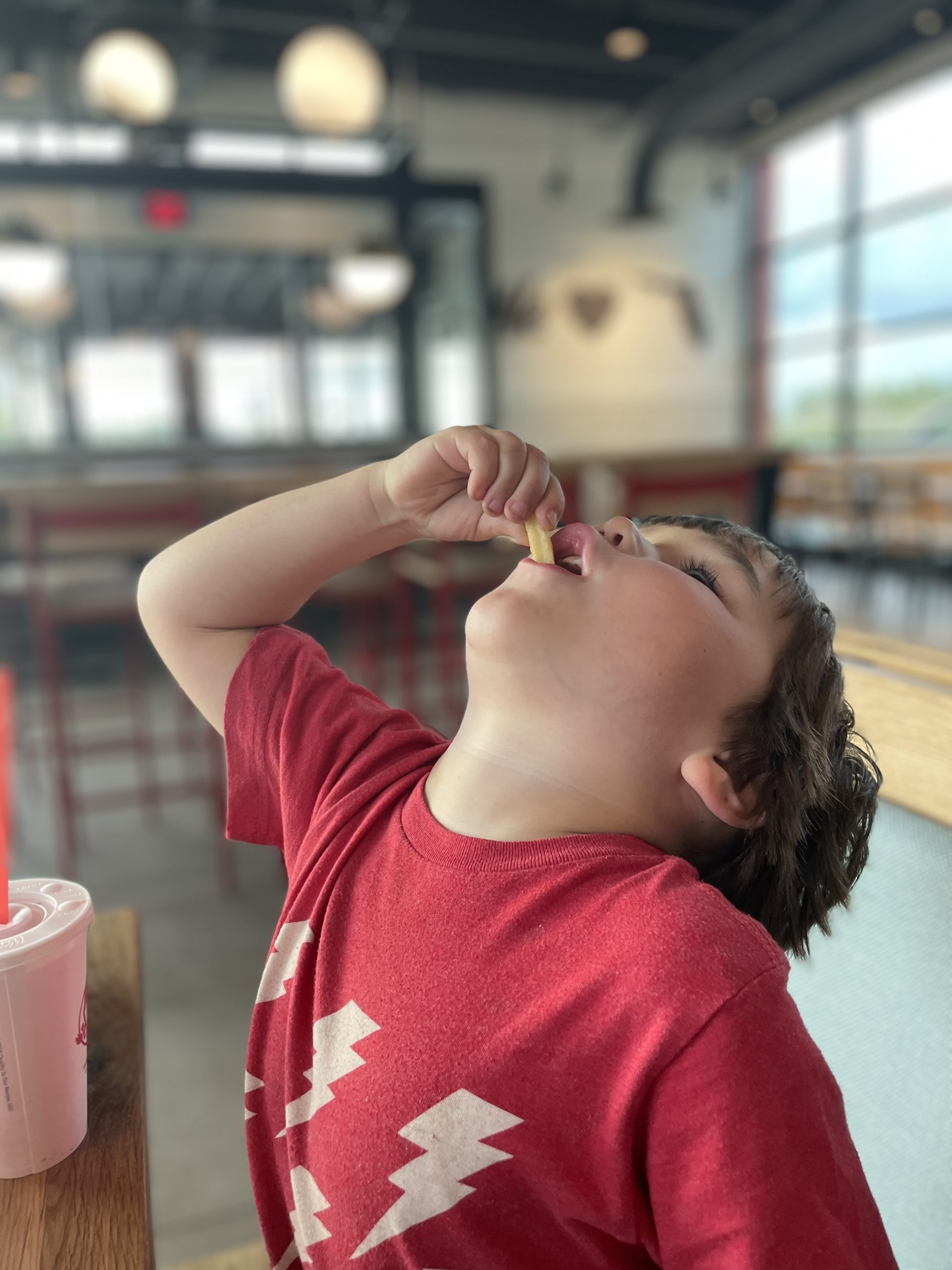 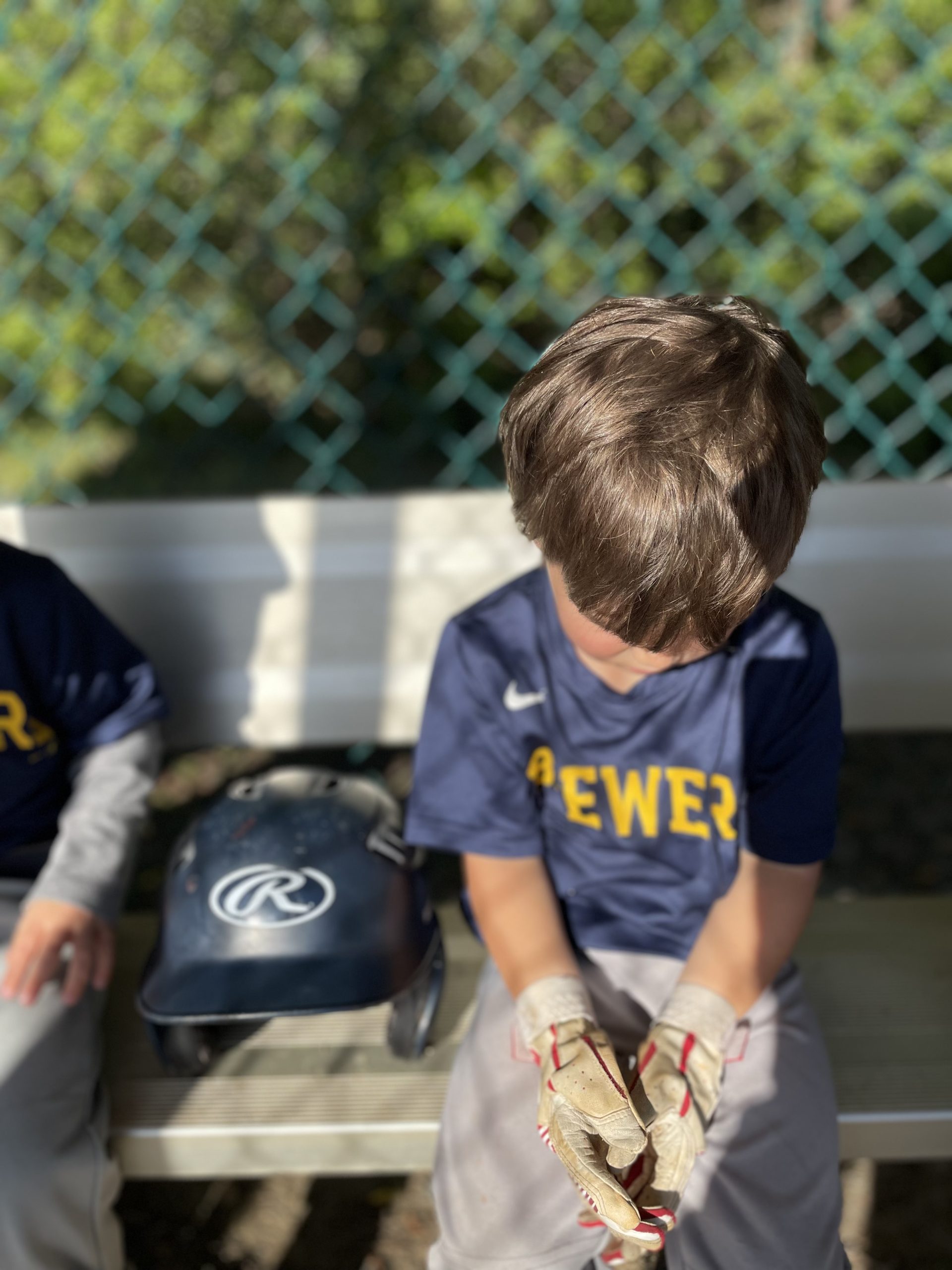 For us, this was an issue. I am vertically challenged and although my boys have a taller dad, boys are often late bloomers. Our little dude definitely won’t be the largest in class this fall, but what he lacks in stature he makes up for in personality and toughness. Kids are very harsh critics and find anything and everything to pick on each other about, so teaching them to have tough skin while still kind is definitely one of our goals as parents.

As far as age goes, our little guy turns five in July. So because of this fact, he will definitely be one of the youngest in class. A few things I considered when evaluating if he was ready for kindergarten age-wise: He’s a younger sibling, his older brother is also on the younger side, and so was I (and we turned out okay!). Being that he’s a younger sibling and not the oldest, means that he’s had his older brother around since he was born to help him navigate life. He had no speech issues and I don’t say this to brag, it’s just a factor in considering whether or not to send him seeing as he’s younger. We are also a very vocal household, so in order to be heard, he’s had to speak up from the beginning. He’s also watched his brother play sports his entire life and been eager to get on the baseball field himself, so I am pretty confident he’ll have no issues keeping up with kids twice his size. Not to mention the nightly wrestling matches with dad… he’s got a mean people’s elbow! 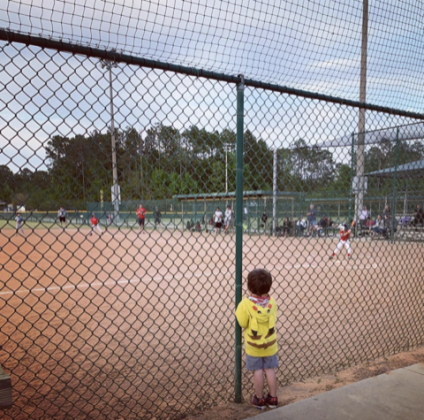 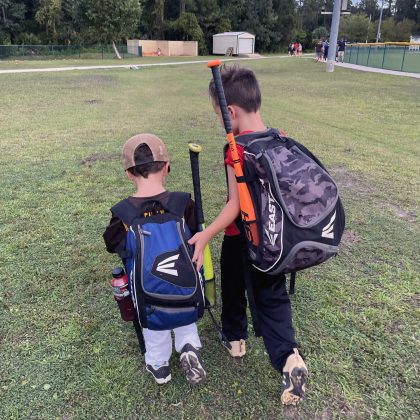 One of my biggest concerns was definitely if my son would be able to sit still and focus in a big-kid classroom. Kindergarten is definitely a step up from VPK as far as the school workload goes and the amount of learning (sitting) versus playing time, but I’m sure he will adjust. Really, I think that traditional schools should have more free playtime (think Montessori), but not everyone has the ability to send their kids to Montessori or charter schools, financially or otherwise. Jacksonville does have a ton of great options for schools though, if you are looking check out this guide. Plus, I need to remember that his VPK teachers have set him up for success when it comes to following structure in a classroom setting and trust that he’ll only grow from there. 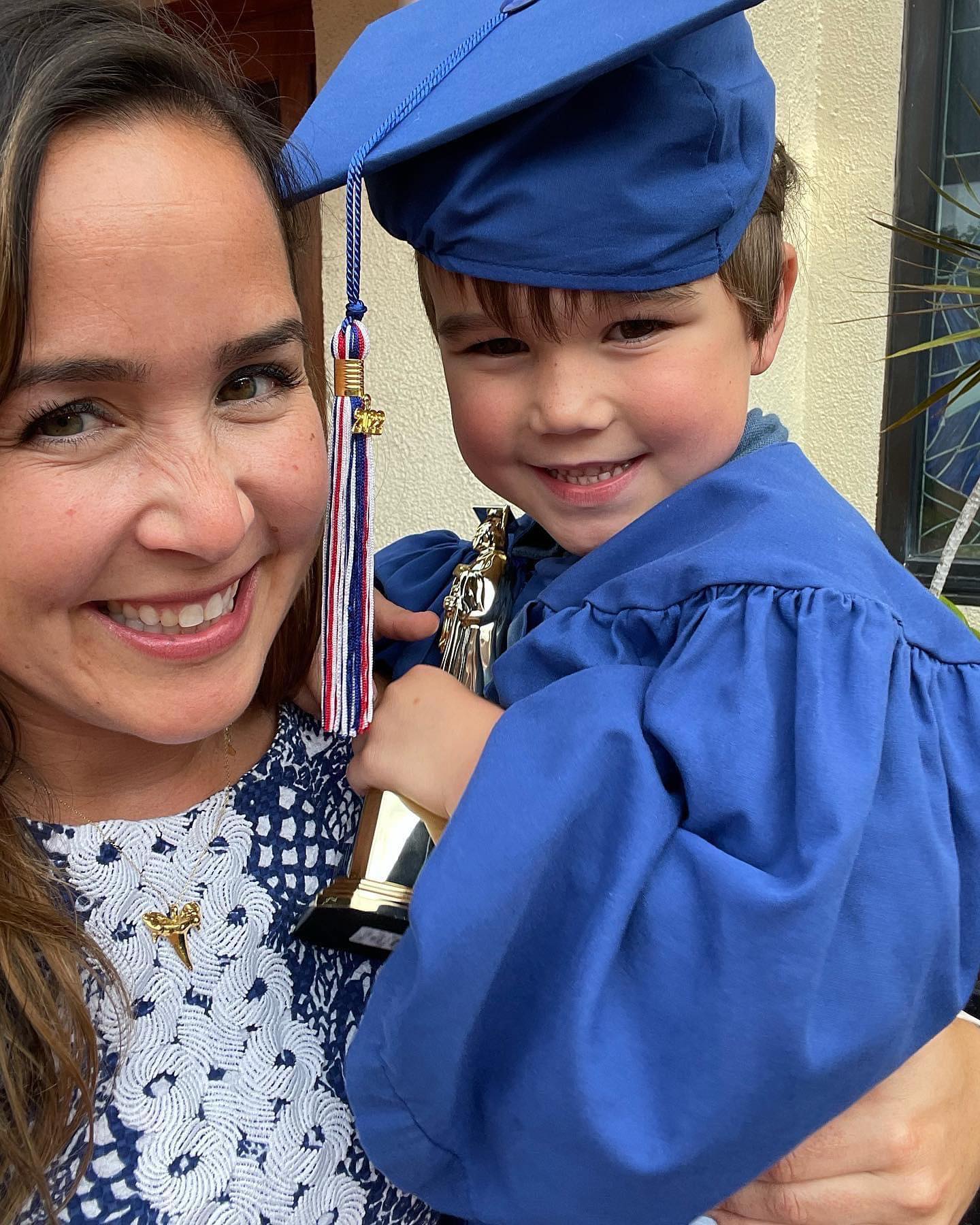 On the inverse of that, a mom in one of the Facebook groups I’m in mentioned a benefit of “holding the child back” (really hate that term) a year or repeating 4-year-old VPK was that they get to be a kid for a bit longer and enjoy that longer free/playtime. Which is definitely true, but in our case, I think our son is ready to do away with afternoon “rest” time (which oftentimes turns into nap time) and be exhausted and ready for bed at the end of the day. Or at least I’m ready! 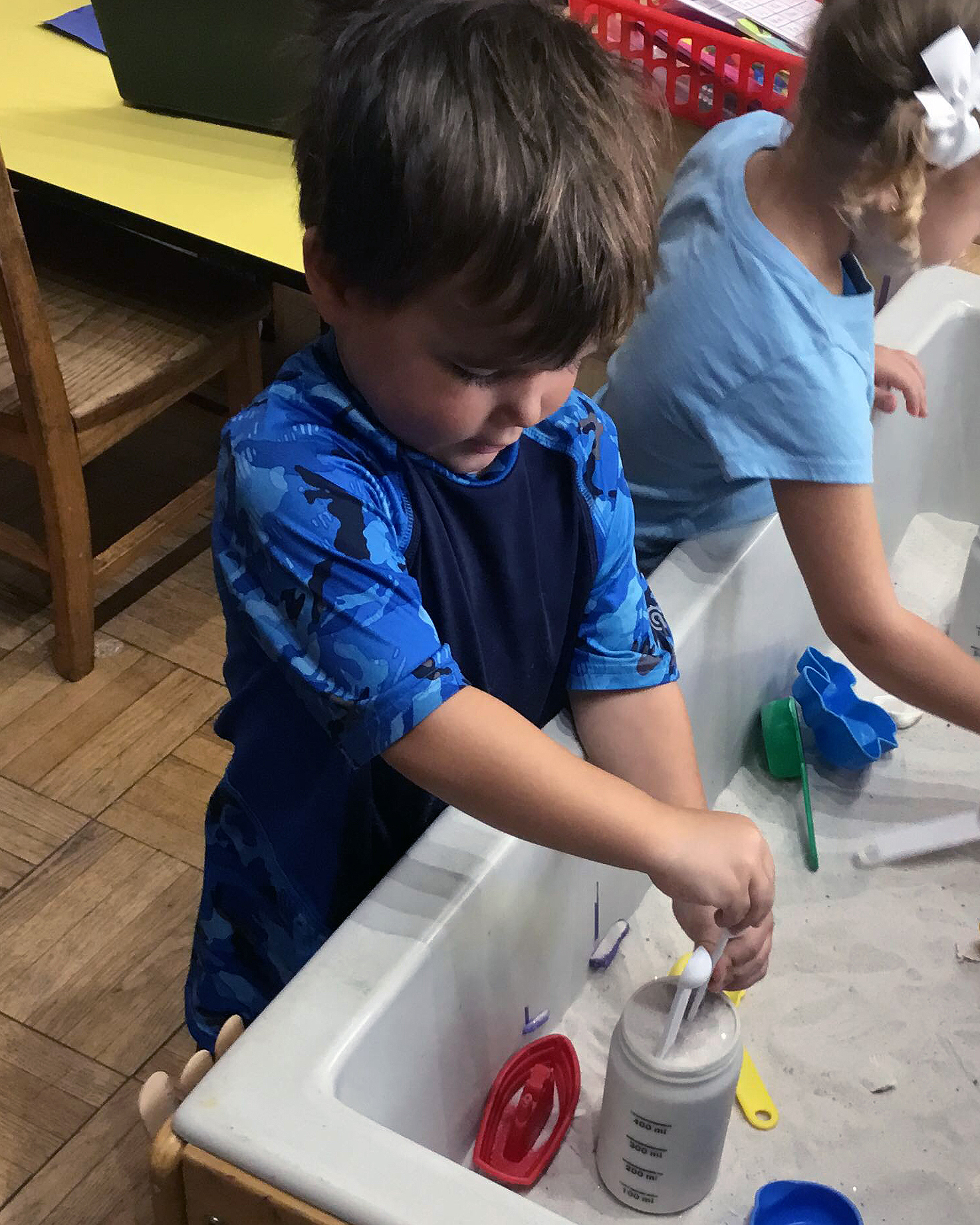 My own little brother, while perfectly capable of speaking, chose not to talk as much for the first five or so years of his life since he was very shy — or he couldn’t get a word in edgewise since I didn’t shut up… you choose to believe what you wish! He completed preschool twice, was a star athlete in high school and college, and now has a beautiful family with four kids of his own. So the moral of the story is, you know your child best and whatever you choose will be the right choice for you and them. Don’t stress too much mama, ’cause life is too short, and they’ll be graduating high school before we know it. #notready

Are you doing anything to get your child ready for kindergarten?