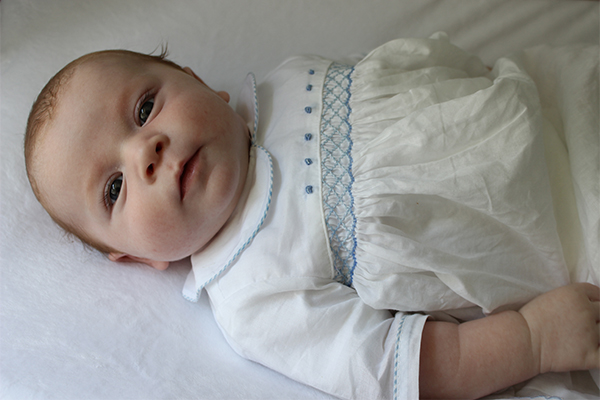 I changed my first child’s diaper in 2008, and in 2019 I will change my last diaper. With four kids (the last two are twins) that’s — holy moses —about 10 years of diaper changing and about 93,600 diapers — 150 diapers a week/times 52 weeks in a year/times three years per kid/times four kids… oy! (We did have a brief period between my oldest daughter and oldest son where she was done with diapers, but he hadn’t arrived yet.)

In early summer my twins’ preschool class got the standard letter home about how everyone had to be fully potty trained in the next few months in order to move into the 3-year-old program. So this is it. Daycare has spoken — we will be done with diapers (hear that, my darlings?!) I have fully stocked up on M&Ms and Frozen toddler panties, as well as Thomas the Train and PJ Masks underwear — anything to get them to get on with it so we don’t need to find a new preschool in August (because, ahem, Mommy works, so this is sort of important — I’m talking to you, twins).

On the one hand, this will be a relief. While I’ll still have a giant diaper bag full of kid stuff and wipes (I will never stop buying baby wipes, they are the best invention ever), it will be nice to not to panic when I forget to throw in some pull-ups in the chaos of getting out the door. It will be nice to leave the swimmies behind, and not peel off sodden, sand-filled diapers when we leave the beach. Travel will be much easier, and our suitcases will weigh much less. I won’t be precariously balancing a baby in the front seat or trunk of our SUV while I change a blowout diaper in a gas station parking lot on the way to Disney. There will be no more pee-soaked pajamas and sheets when they happen to sleep past 5 a.m. and through their diaper leaking. And I will be happy to leave this pricey item out of my cart at Target — although, “we need diapers” was also my only excuse to go to Target in the first place… hmmmmm… which leads me to what I’ll actually miss about diapers.

Having an excuse to go to Target. But also, the mommy time. Slowly, as children become more physically self-sufficient, they seem to need us less, and with my older kids, I’ve had to find other purposeful ways to care for them. When it gets to the point where I’m not helping them into their pajamas, brushing their hair, helping them eat, or yes, changing their bottoms, they spend more time away from me taking care of themselves. This is a good thing, but it also means that interaction with them isn’t as time-sensitive and has to be more intentional, like taking time to play LEGOs or read or color with them one-on-one. And on busy days, sometimes that just doesn’t happen. But diapers always need to be changed, meaning there’s always a chance for a stolen second of one-on-one time and nose kisses.

I won’t miss the 3 a.m. wake-ups to change a newborn diaper. I will miss the sweet smell of their newborn skin as I tuck them under my chin after a diaper change in the middle of the night. I won’t miss chasing them around the house to get a clean diaper on them after a bath, but I will miss their giggles and shrieks of laughter when I finally catch them. I won’t miss paying for diapers, but I’ll miss putting my new baby in the Tula, their warmth pressed close to me, as I pushed the cart through the quiet aisles of Target after a long night of feedings. I won’t miss taking out a stinky garbage bag every day, but I’ll miss the sight of them sleeping, diapered bottom in the air. I won’t miss cleaning up the blowouts and exploded diapers, but I will miss the easy chance for stomach zerberts and curling their little hands around my fingers as we clap and sing through a change.

No, I won’t miss the diapers. But I’ll miss being in this precious baby stage of life that has lasted for almost a decade.