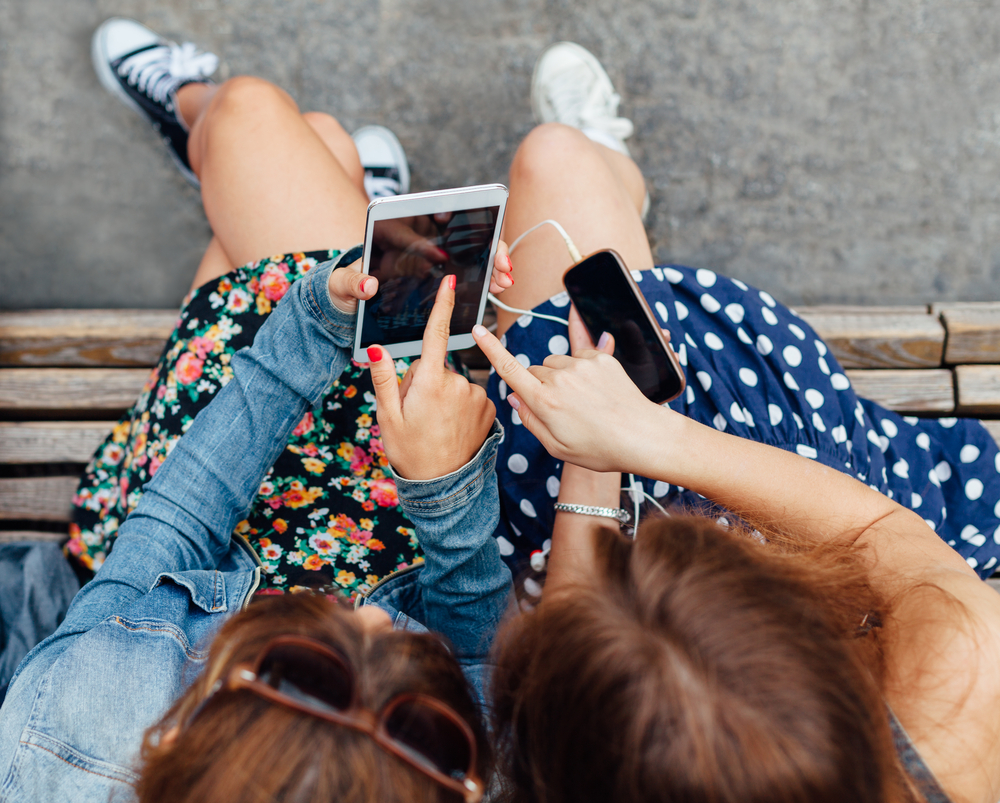 I walked into the high school to drop off my son’s badge recently when I heard another parent engage a group of teenagers sitting on a bench just outside the entrance with their phones.

“going to school isn’t good enough anymore,” he said. “You have to post everything on social media now. That’s what’s wrong with kids these days.”

He was treated with a quick eye roll, and you know what? It was deserved. He didn’t take the time to look around and see that it was a photography class outside with students taking pictures and checking out various lighting. He simply judged them and felt the need to announce that judgment so they could hear it. To be fair, I don’t know what those students were doing on their phones, but it’s possible they were doing something related to class and not just “posting everything” on social media.

As a parent of two teenagers, I hear this stuff a lot. People wondering aloud what is wrong with today’s youth convinced we are destined for doom and destruction. In the wise words of the great Billy Joel, I say to all those naysayers, “The good old days weren’t always good, and tomorrow ain’t as bad as it seems.” In essence, stop looking at your younger days through rose-colored glasses, and stop looking at today’s youth like they’ve cornered the market on stupid teenage activities.

To help bridge the gap between the generations who walked 10 miles uphill in the snow to school every day (even in Florida apparently), and the generation riding motorized scooters to soccer practice, I thought I’d share some examples about how some things actually do stay the same.

Teenagers always have, and always will, push the envelope, and decide to make bone-headed decisions. This is not new. How many of you skipped school, forged your parents signature, or told your parents you were studying when you were [fill in the blank]? Anyone show up with your six-pack of Zima to a kegger in the woods, lose your boyfriend’s car keys, and then have to explain to his mother why you were in the woods to begin with? Just me? Anyway, you get the point. None of us are perfect, and most of us weren’t winning any Citizen of the Year awards at 16.

Stop judging the music they listen to. Seriously. Have you gone back and listened to some of your favorite songs from your youth? I’ll skip over the obvious examples like Tone Loc and head right for “Surf City” by The Beach Boys. “Two Girls for Every Boy” doesn’t exactly scream wholesome music. Do I agree with some of the lyrics in today’s music? No. Do I stress out about it? Also, no.

Yes, they spend a great deal of time with an electronic device in their hands. So do most of you. Even my grandmother spends half the day on her iPad. This is the world we live in. My son has two friends who moved away last year that he’s still connected to because they continue to play video games online. Figure out the balance for online activity and move on unless you also want to turn in your latest iPhone and disable your Facebook account.

This past summer, I’ve had a bunch of teenagers in and out of my house, and I’ve loved every minute of it. Sure, I’ve had to tell them to turn down their music, and I’ve developed quite the lost and found from all the things they’ve left behind, but they’ve also been polite and respectful. Occasionally, they even show up with their own snacks, but if not, I feed them because I want them to come back. I don’t see them as a lost generation but a generation that is way more tolerant of differences in each other than we ever were. I see them as a generation who is going to make a ton of mistakes (just like we all did), but one who can also change the world — and I want a front-row seat.

Simone Biles May Have Walked Away From the Team Final, But She’s Still the G.O.A.T.

Honest Thoughts About Having a 13-Year-Old Daughter