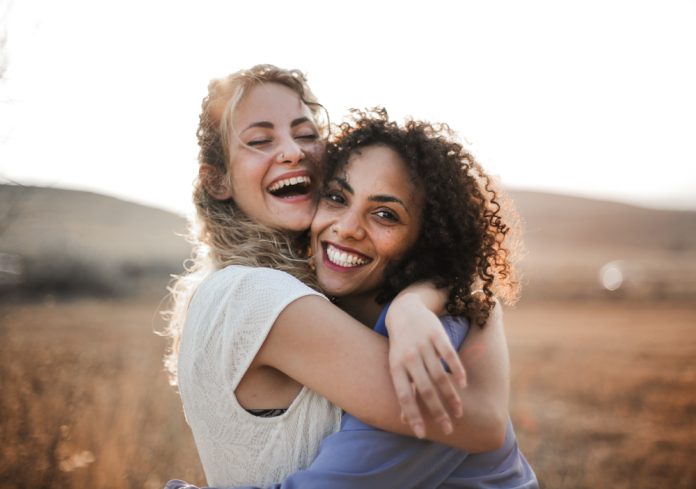 I haven’t always considered myself to be a feminist. Maybe it was my conservative upbringing or certain negative connotations that can be associated with the word “feminist.” Maybe it was my laziness or lack of desire to get involved. Maybe, if I’m being brutally honest, it was privilege making me blind to the importance of equality, the work that’s been done, and how much we still have left to do. (I’m talking to you, Equal Rights Amendment.)

You see, I’ve never had to struggle the way many have. I work in a female-dominated field for a company that celebrates diversity and strives to put women in leadership positions. The glass ceiling is something I read and heard about, but it never hit home. I’m a white, married heterosexual with two kids, a dog, and a cul de sac. Sure, I’ve worked hard for the things I have, but let’s be blunt — the struggle has not always real.

This complacency worked for me until one day it didn’t. I got older and a little wiser. I started to replace what I accepted as the status quo with the realities of inequality and those not living my day-to-day truth. Oh, and I had a daughter. Suddenly, I couldn’t assume she would land in the same place as me. I saw the news and changes in laws through her lens, not mine. The ways she might potentially be impacted. Those are just the big things. I also witnessed the subtle differences in people’s reactions to her versus her brother when they weren’t at their best.

“He seems down today. He must be tired. Teenagers can be so moody.”

“She seems angry. She’s so quiet. She must not be a people person.”

See the subtle difference? One offers excuses and the other places blame. I’m their mother, and even I’ll admit to guilt in this area. Pushing her to be her best at all times and to present herself in a way that pleases others. I didn’t do this to belittle her, but subconsciously, I knew that’s what society expected. Perfection. Very little room for error.

When you start to see things differently, life has a way of opening your mind in mysterious ways. One of those ways came during Wanda Sykes’ recent comedy special. On paper, everything about us is different. For obvious starters, she’s hilarious and commands a stage of thousands. I, on the other hand, am moderately funny and command a karaoke stage of maybe 10 only after a few drinks. She’s black. I’m white. She’s in an interracial gay marriage, and I’m married to the whitest of guys. Why is this important? Our common ground is that we are both women and we are both mothers. As she spoke, she used the term “different but equal,” and it has stuck with me ever since.

I’ve always viewed being a feminist as fighting for my own rights, but that limits my view. If I truly believe in the “different but equal” view that stuck with me that day, then my obligation extends to fight for the rights of those outside of my “world.” It extends to my single mom friends, my friends of color, and my lesbian friends. It extends to those not getting equal pay for equal work and those struggling to climb the corporate ladder in male-dominated fields. It extends to my daughter and all her friends and the daughters they may have one day.

For all of these reasons, I embrace the term “feminist.” My head is no longer in the sand. I may not be living the fight every day, but I’m using my vote and my voice when needed to be the change I want to see. For those just like me and those who are “equal but different.”