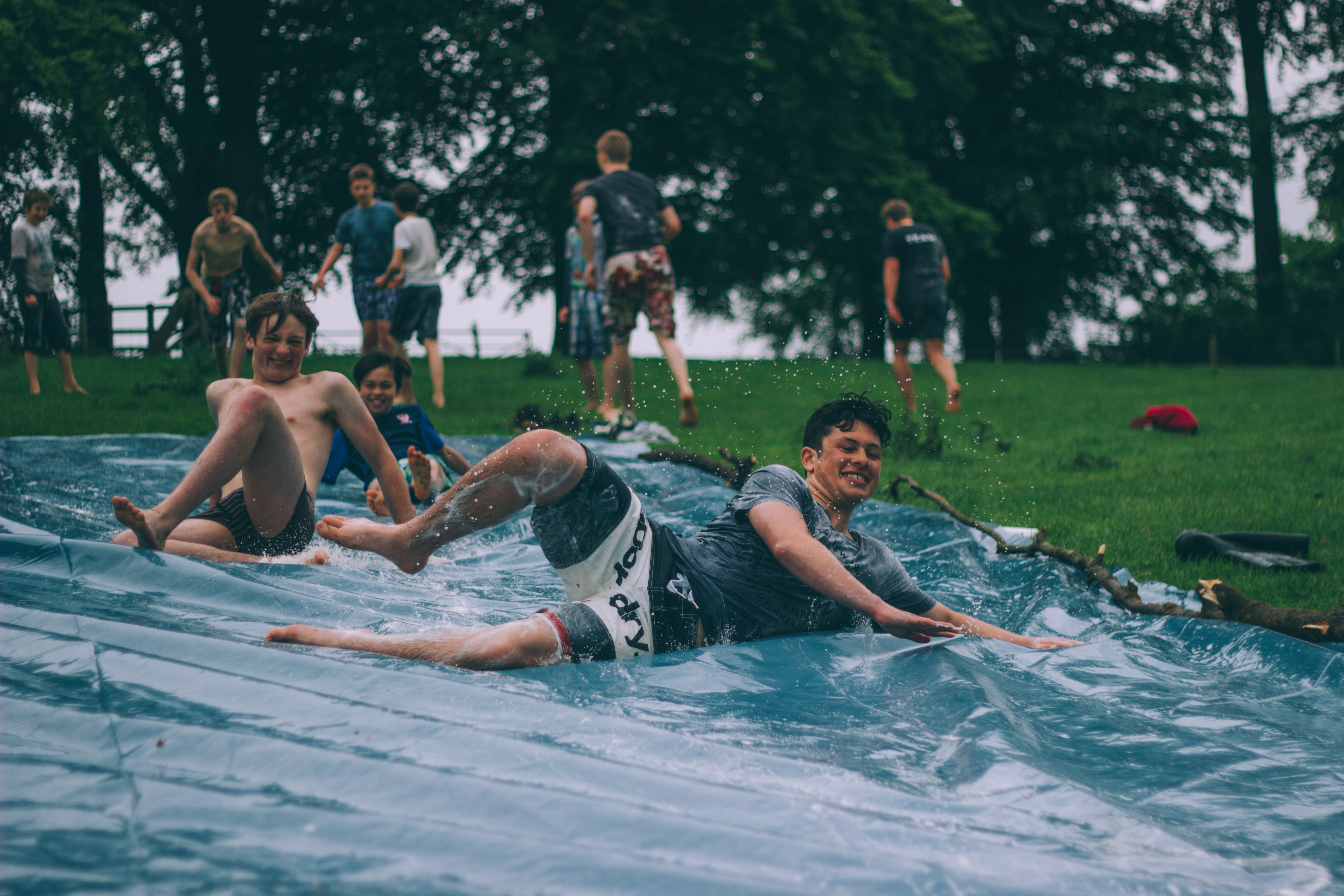 If you’re a parent, you know how challenging summer can be. Stay-at-home moms of littles struggle the constant presence of their “tiny blessings.” Working moms of littles schedule babysitters and summer camp like a job while working their actual job because summer break for you is not a thing them. I thought it would get easier as my kids got older. Although in some ways that’s true because of their independence, being a mom of teenagers over the summer has its own set of challenges. My number one goal from now until August is to simply survive without researching boarding schools for the upcoming school year. As of now, I’m one half-full cup graveyard away from throwing in the towel, so to help tip the scales in favor of teens continuing to be welcome in my home after summer, I simply have to let a few things go.

They stay up all hours of the night because apparently telling a teenager they need to go to bed at a decent hour falls into the category of things mom says but knows nothing about. They then sleep until noon, which is probably only annoying because I used to sleep until noon when I was young and carefree and not responsible for other humans. It was glorious. This odd schedule works until something requires them to wake up before noon.

Is the Summer Diet Stunting Their Growth?

If the answer to that is a moderately confident “no,” let. it. go. My teens have lived off eggs and mac ‘n’ cheese since school ended. This feels like a balanced diet decision requiring no effort on my part, so I’ve stocked the house with those items, and continue to ignore the constant dirty kitchen because, yay! Cooking teenagers!

Can’t We All Just Get Along?

No. The answer is no. My husband told our son last week that if he couldn’t change his attitude, he’d remove the item responsible for his attitude problem. My son’s response? “When is my sister moving out, then?” Way to strike the perfect balance of disrespectful and witty in one sentence, Son. These are the things school simply can’t teach. My advice? If you have the room, move your teens far away from each other for the summer. No sharing of bathrooms, toiletries, pool floats, or anything that will result in too much interaction. If you have to, set up a tent in the backyard for one of them, and call it an adventure. For the love of all things holy, don’t decide summer is a time for forced sibling bonding time. Let them brood and sleep and hormone in their own space. You are welcome.

Finally, don’t overthink the lengthy screentime, yelling at video games, and general laziness that comes with summer as a teenager. They only get so many of these times in their lives to relax and step away from the stress of school and life. If you hear the shower running every couple of days and the occasional interaction with other humans, assume they’re doing just fine and let them be. Before you know it, summer will be over, and you can go back to cooking mostly well-balanced meals and yelling about homework.