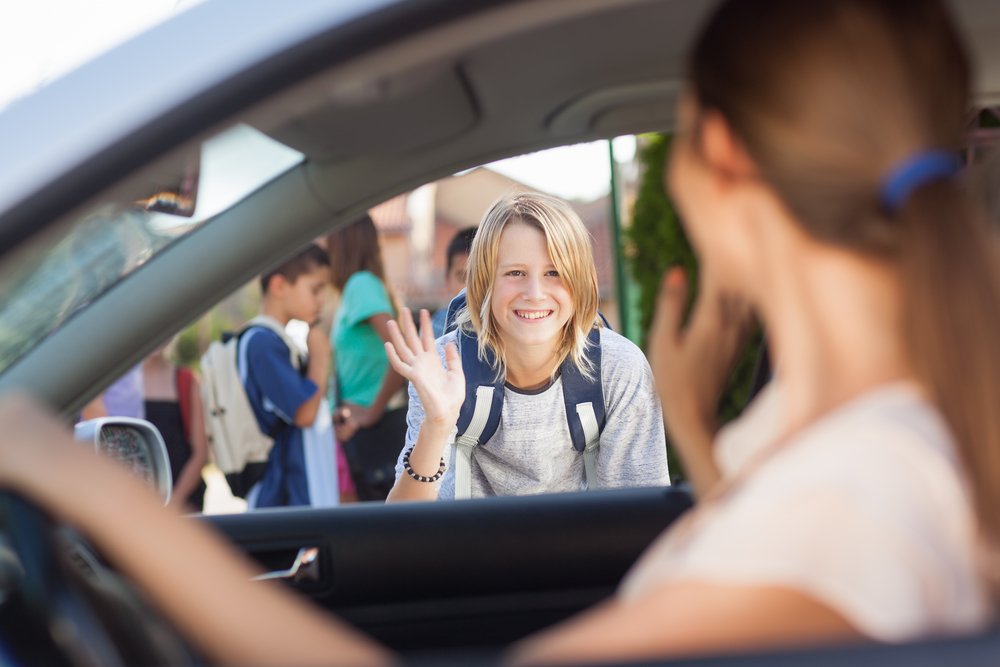 The school car line is cut-throat, and nothing reminds me more of this fact than the first week of school. From the seemingly endless line of cars taking over the streets to the equally long threads in Facebook groups, carpool lane etiquette is a hot topic that rivals political discussion. During my spare time sitting in the aforementioned carpool lanes, I have read these colorful comments, and more importantly, witnessed firsthand the crimes committed in the carline. In the hopes of saving every commuter time, sanity and their driving reputation, allow me to introduce you to the usual suspects in the car-rider lines across Jacksonville and warn you not to be that driver!

This innocent (aka ignorant) newbie driver is so overwhelmed by all the policies and procedures for elementary/middle school that their poor brain is mush. Sure, the administration sent out a chicken scratch “map” of the carpool procedures to inform them. Too bad these people a) don’t know how to read a map, or b) forget everything because they are so overcome with emotion that their child is really in elementary/middle school. I’m sure these are good people, but in line, they are the most dangerous. Beware! These nut jobs get out of the car during drop off AND pick up. They do not know nor do they trust school staff and/or safety patrols to help their child disembark. They must do everything themselves. Their children never have their backpacks ready, and I’ve even seen some newbies open their trunks to retrieve a backpack — car rider suicide! Not to mention, rookie drivers become blind and deaf to the death stares and the teacher pleading with them to keep moving, keep moving! The only thing you can do if you are unlucky enough to fall in line behind them is to break out a meditative breathing technique and pray you are the car in front of them tomorrow.

In most cases, experience matters, but that is not the case for veteran carpoolers. I’ve divided this category into two different types of offenders.

Early Birds: Don’t be fooled. This well-intentioned driver thinks they can beat the system by showing up early when in reality they are the ones breaking it! Lining up an hour before pickup is not normal nor is it okay. You look like a neighborhood stalker hanging out in your car “reading.” Plus, you are the reason these ridiculous lines forms in the first place. We all know parents are competitive and like to one-up each other. Each day someone shows up even earlier to beat the earliest bird. Soon people are eating lunch in the carpool lane and disrupting neighborhood traffic patterns all afternoon long. Chill out! Lining up 30 minutes before dismissal is early enough. If everyone played by this rule, then drivers wouldn’t get so fed up before the line even started moving. I can’t blame them. Drivers can’t be patient or kind to one another when they’ve been sitting in the August heat for an hour turning their car on and off in an effort to try to save gas but also avoid death by lack of air conditioning!

Outlaws: These know-it-alls ain’t got time for everyone to figure out how to drive, but they do have the time to rant about it later on social media. Reckless veterans let their kids out while the car is still moving. Heck, some are even dropping students on the corner and hoping for the best. They can shoot a mean side-eye and a nasty honk of the horn. Unbeknownst to you, they are sending fuming texts and funny memes about Rookies and Early Birds while they are impatiently waiting in the back of the line. Some may try to help the situation later by reposting the rules. Others jump ship and send their kids on the bus or into extended day to avoid the hassle.

What kind of car line driver am I, you ask? Well, the kind with a criminal record, naturally! The next week or so may be rough, but hang in there, fellow drivers. Eventually, everyone figures out the system and you will be on your way in no time… until next year.

Where do you stand in the car-rider lineup?