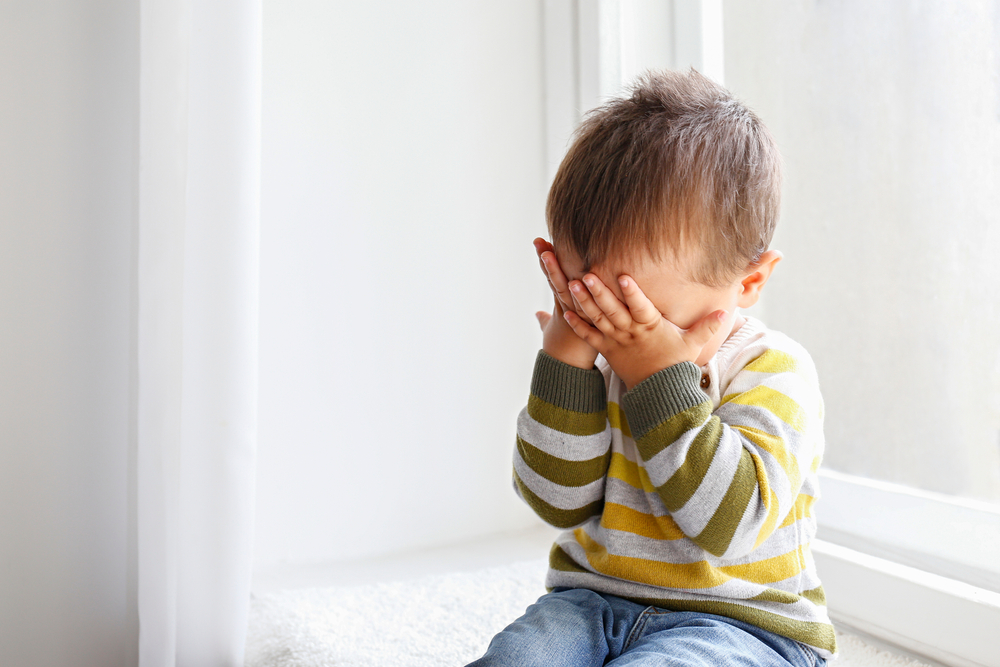 Sadly, I just read an article about an 8-year-old who died after getting stuck between a washing machine and a dryer while playing hide-and-seek. It really made me pause since we recently had a few scares of our own.

A few weeks ago, my husband went to the library with both our kiddos; it’s one of their favorite spots. My little one grabbed some books and sat on the floor and started reading. My husband then walked about 10 feet to our other son who was looking for his favorite book series. Within those 30 seconds, my toddler had disappeared.

My husband searched frantically calling his name. A few minutes went by and still no sign of my toddler. The library staff and on-site officer got involved in the search, and they thankfully found him “hiding” under a table in the kids’ area.

My husband was furious, embarrassed, and rattled. He asked my son why he didn’t respond to everyone calling his name, and he responded with, “I’m playing hide-and-seek.” We had a long talk with him about why this scared us and what to do next time.

Fast forward three weeks later, I took the dog for a quick walk — my older son was inside so I figured it would be okay to leave my little one since I was staying so close to the house (only a few doors down). When I came back, I announced it was time to leave for school. But there was no response from my toddler. I asked my older son to look for his brother who was probably playing hide-and-seek.

After searching the house high and low, we couldn’t find him. I rushed outside and started calling his name and looking in the bushes, in the neighbor’s bushes, in the garage, behind the cars … he was gone. I hopped on my bike and went racing down the road. In the distance, I see a man (thankfully someone we knew and who knew him) holding a little boy’s hand walking my way.

My son had walked (or ran) about ten houses down and was hiding near the gated community pool. He was “hiding” again when I asked him what he was doing. Now, I was the furious, embarrassed, rattled one. I profusely thanked the man who found him, and I gave my little one a very stern look. I explained that mommy was worried and that I would play hide-and-seek anytime but he needs to tell me first. We talked about NEVER hiding outside without a family member and never leaving the driveway.

We’ve been trying to play more hide & seek in a controlled environment and so far, so good. We’ll keep up the daily reminders that we only play inside, and we make sure everyone knows we are playing before starting the game.