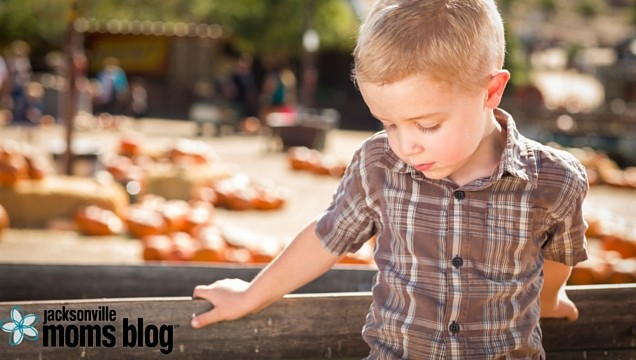 He was beaming from ear to ear, running towards me with outstretched arms. I kneeled down, arms open, ready for the pounce-hug that had become our school pick up routine. All of a sudden he stumbled, falling to his hands and knees, his glasses falling off his face.

A well-meaning father to my left rushed over, “Awww, he’s fine! Stand up, toughen up, it’s no problem!”

I calmly walked over to my son, kneeled down and looked him in the eye. “Are you OK?”

“I fink so…,” He replied, voice quivering.

Of course he was fine. We stood up, walked to the car, and went about our day. But I often think about that well-meaning father. Toughen up; two words that I almost never utter to my children.

What seems like two lifetimes ago, I worked as a counselor at a therapeutic wilderness camp for at-risk youth. I lived outdoors, building campfires, cutting down trees and building cabins, all while facilitating the learning of life’s lessons with a group of kids who had a rough start in life. Some were sent there for skipping too much school. Others were there for always getting in fights, stealing from their neighborhood convenience stores, vandalism. Some kids were from the theoretical ‘wrong side of the tracks’ while others come from your average middle-class family. But what every single one of these boys had in common was the inability to identify their feelings.

Are you upset about something? Be tough.

Did someone hurt your feelings? Be tough.

Did you skip breakfast and are super grumpy? Be tough.

These kids had no idea what they were feeling, and they thought the only way to handle these weird and unknown feelings was to be tough. Being tough often looks like being angry, or fighting or bullying.

Raising your child’s emotional IQ is one of the greatest gifts you can ever give them. And it has proven to be my biggest challenge. My children, who are not unlike every other child in this world, have BIG and REAL feelings. And helping them understand what they are feeling and why is truly exhausting. It takes time, persistence and consistency, a lot of coffee and maybe a glass of wine or two.

But the reward? Priceless.

Taking the time to guide your children through their emotions teaches them empathy. It teaches them that mom understands them. It teaches them self-confidence; the confidence to know that they can handle whatever happens to them because they know these feelings will pass.

In a three, four, five, or six-year old’s life—everything is BIG. Every feeling feels like the most important feeling in the history of feelings. They truly believe that their spilt lemonade should be covered by all the media outlets; “TODDLER SPILLS LEMONADE: WILL WE REBUILD?!” And the toddler’s mom is in the corner thinking ‘Just stop crying! It is JUST LEMONADE!’

But even our great big earth looks teeny tiny from the moon; it’s all relative.

I try to meet my children where they are. If their spilt lemonade feels like the end of their world, I want to help them identify their disappointment and frustration and show them there is a solution. The solution is not to toughen up—the solution is to recognize they are upset, yet calmly ask for more.

After the big fall of 2015, once we were in the car and driving home, I glanced in the rearview mirror at my son who was inspecting his injured knee.

“Yeah. My glasses flew off and everyfing. I felt nervous they were going to break. And then I was worried I would see blood…” his voice trailed off, and he returned to his job of knee inspection.

“That would have been upsetting, had your glasses broken. But look! There they are! Perched on your nose, not even a scratch. And your knee looks like it isn’t bleeding…. How do you feel about that?”

“You’re right!” he exclaimed while pushing his glasses up his nose. “Will my knee start bleeding?”

He put his leg down and looked out the window; the end of the Great Fall of 2015.

And as my children grow, their most important feelings about the most important things will change. That spilt lemonade or skinned knee will change to a broken toy, or a bully on the playground, or having a hard time understanding their homework, or a girlfriend who won’t go to the dance with them, or parents who are fighting over the bills, or someone on Facebook being a jerk. Teaching my kids how these things make them feel, and then how to deal with these feelings, can be the difference between them walking away from a bully to tell an adult or getting in a fight with the bully because ‘toughen up.’

I’m proud of my sensitive children, and would never wish ‘tough’ upon them. Our world could use a little more tenderness and higher emotional IQ. So, should a glass of lemonade ever spill again or should a knee ever get scraped, I know my kids can handle it.