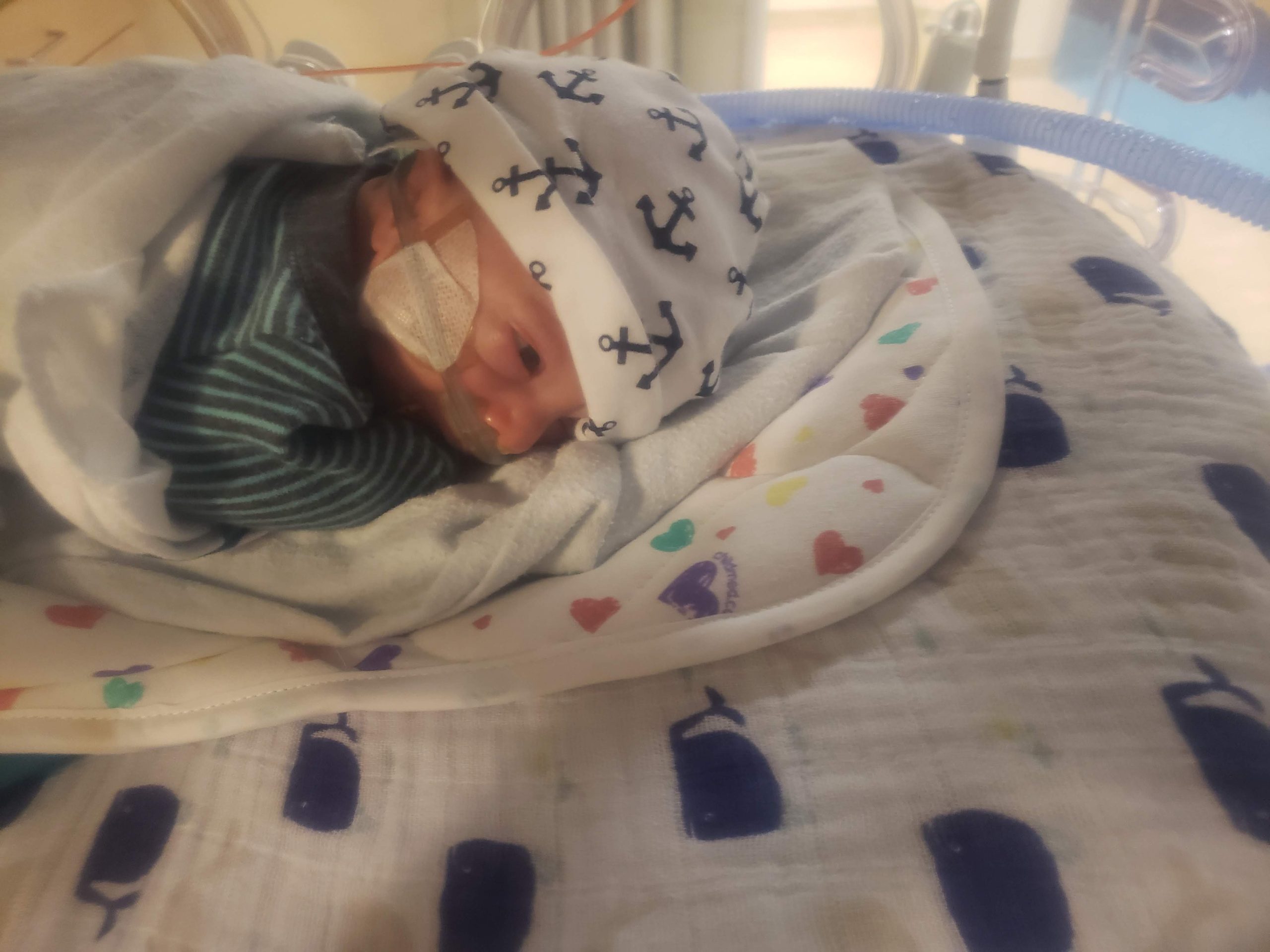 “A hero is an ordinary individual who finds the strength to perserve and endure in spite of overwhelming obstacles.” -Christopher Reeves

When we received the diagnosis, I was silent. I heard what the doctor said and it took me a moment. He said it so casually, nonchalant, and with no inflection in his monotone. On October 1, 2020, my then-2-year-old son, Mark, received a diagnosis of cerebral palsy. It wasn’t unexpected, so to speak. It wasn’t necessarily a secret. We weren’t technically blindsided by it. We knew it would come. When Mark was 2 months old, he weighed just over 3 pounds and was strong enough to have an MRI on his brain. The results came back with periventricular leukomalacia (PVL), a condition in which brain tissue is injured or has died. This is caused by a lack of blood flow to the brain before, during, or after birth.

The trouble with PVL is that you cannot really grasp the “true” severity of it after getting the diagnosis. You have to watch how the baby grows. You watch your baby very carefully. You keep track of their milestones, weight, head size, habits, and behavior. You watch their arms and legs. You watch how their head turns. There may be cognitive problems, trouble with learning or thinking. There really isn’t an exact cause for PVL, but most babies with PVL later earn the diagnosis of cerebral palsy.

After his appointment, I buckled Mark into his seat and tried not to cry. It didn’t work. I silently cried on the way home, and I continued to do so randomly throughout the day. Simply looking at my son, just watching him be as happy and carefree as he can be, made me cry all over. I had to do some soul searching because cerebral palsy, like many other disabilities, is not a death sentence. So why was I crying? Why was this affecting me in this way? It took me some time to process this, and there are times I still wonder why I cried, and then it hit me. I was crying because I was worried about how he would navigate life with this new diagnosis when life is already difficult to begin with. 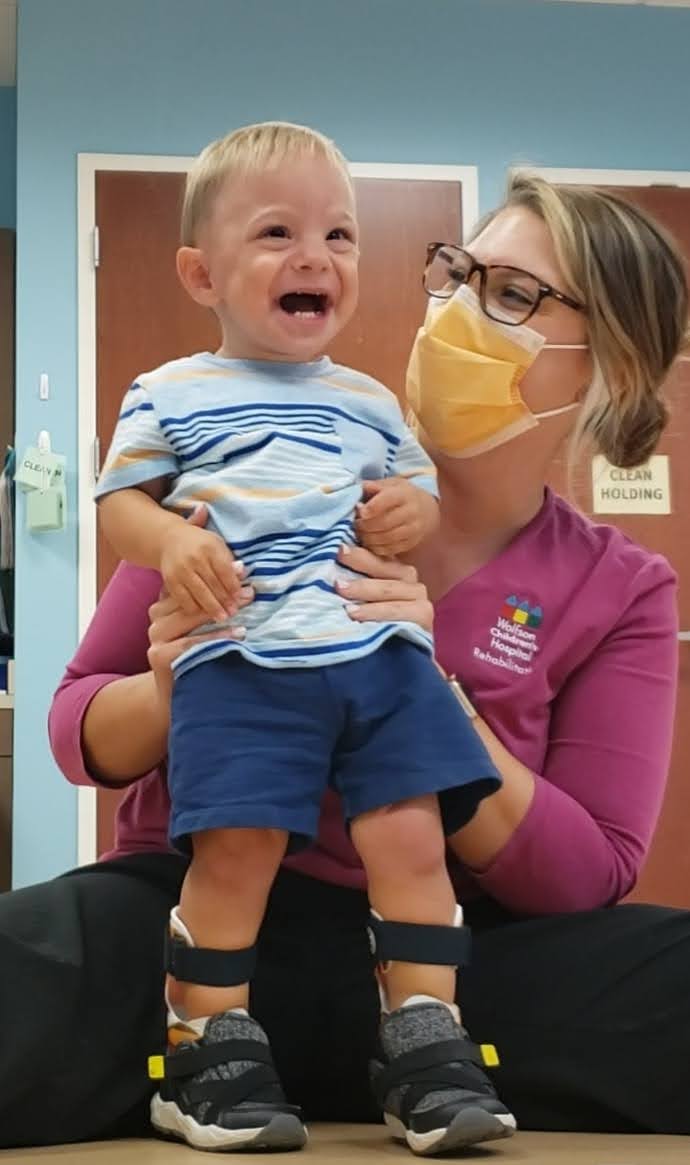 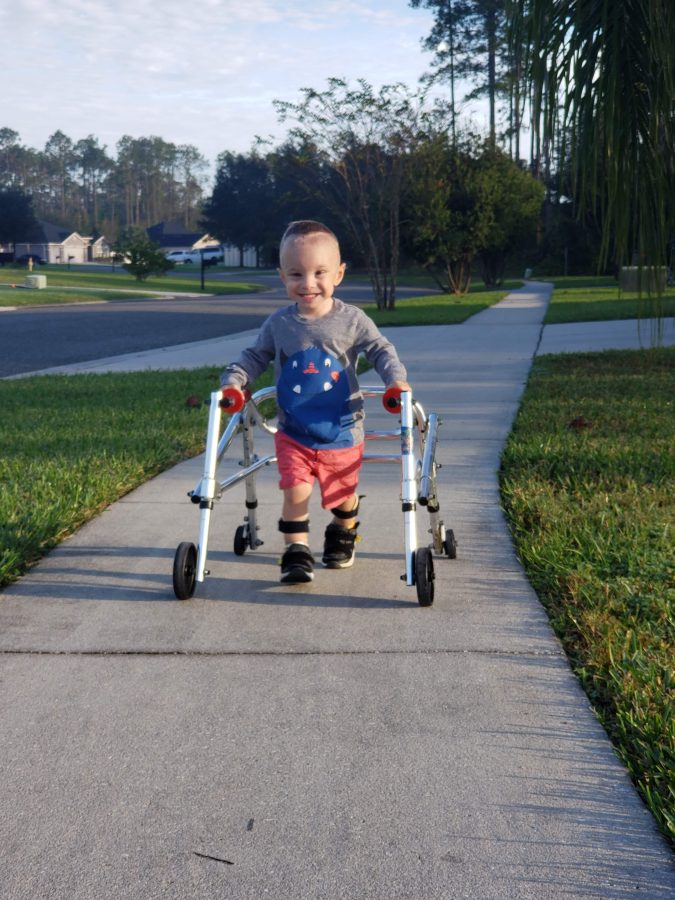 There is hope though. The world is changing. Communities are coming together and letting their voices be heard. Administrations are listening and policies are being made one right after another to aid their cause. People with disabilities are no exception. They are part of this empowering community, too. My son is part of this community, which makes me an extension of this community. Cerebral palsy is a diagnosis that does not define Mark. Instead, the side effects are what build his character, and that is what makes him who he is. It speaks volumes of his strength, determination, and hard work to preserve over any obstacle in his path.

I choose to celebrate Mark’s achievements over a condition. I am in awe of his demonstration of vigor in the face of adversity. I am so incredibly proud to be his mom. I love having the ability to watch my son as he is focused on learning a new skill or grasping a new concept. I watch his little fingers as he tries to lace the beads on the string. I watch him color a picture or pick up a particular leaf that caught his eye in the ever-growing pile. I notice how he greets everyone with a smile and (almost) always uses his manners. He loves his friends, and although he has few, they mean a great deal to him. He is well-loved among his peers at school and will try his absolute best to keep up with you on the playground.

Mark’s story is not unique. There are roughly 7.9 billion people living on Earth today, and according to the United Nations, approximately 1 billion people (or 15% of the world’s population) are living with some form of disability — and that number will grow due to the population aging. Every day, these 1 billion people wake up and live relatively normal lives. They may have to take medicine occasionally or have a few extra appointments. Some people use wheelchairs or a white cane to get around in public. Some people have hearing devices such as hearing aids or cochlear implants. There are devices that are used to help others communicate such as an augmentative and alternative communication device or a speech-generating device. Schools are also very accommodating. Children can be evaluated for placement in programs with Individualized Education Plans and 504 Plans to help them excel in their classes. These plans can include the child receiving therapy services in school, having additional time for taking tests, and even having someone take notes in class for them (you’ll find this at the college level, usually).

Disabilities do not mean the end of someone’s life, their dreams, or even their abilities. If that were the case, 1 billion people wouldn’t be making the great strides they do today. However, there are still barriers that people with disabilities have to overcome: Inaccessible infrastructure, discrimination, and stigmas, are still prevalent issues among those who have disabilities. Instead of focusing on every negative on what disabilities could potentially limit for a person, maybe it’s time we focus on the positives on what disabilities can give a person. Perspective.

Those who have disabilities have the ability to see the world in a new way, in a different light. They experience situations that you and I may never experience and might never understand. The ability to see someone for who they are rather than how they look, or what they can or can’t do is possibly one of the greatest gifts one can be given. 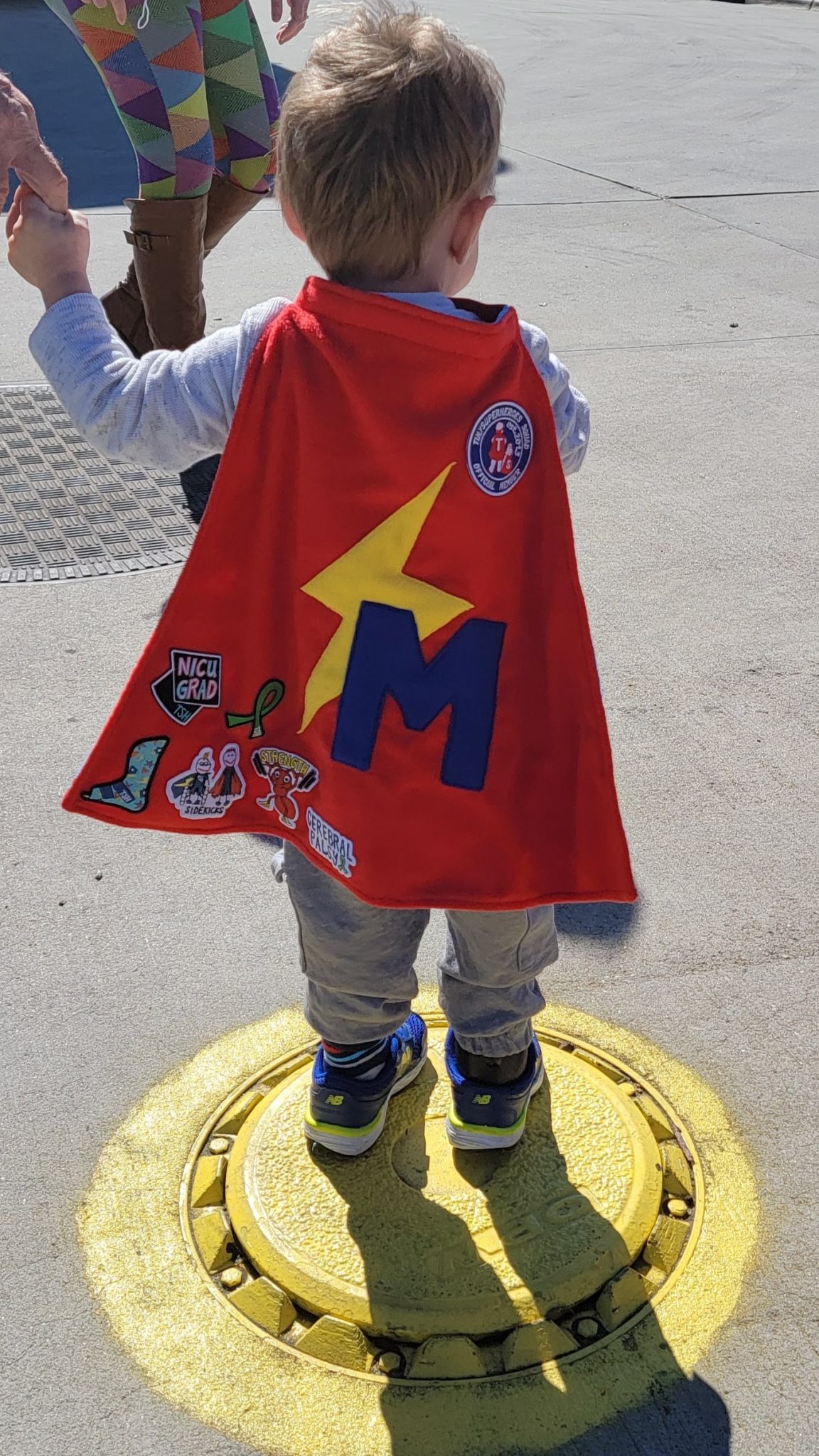 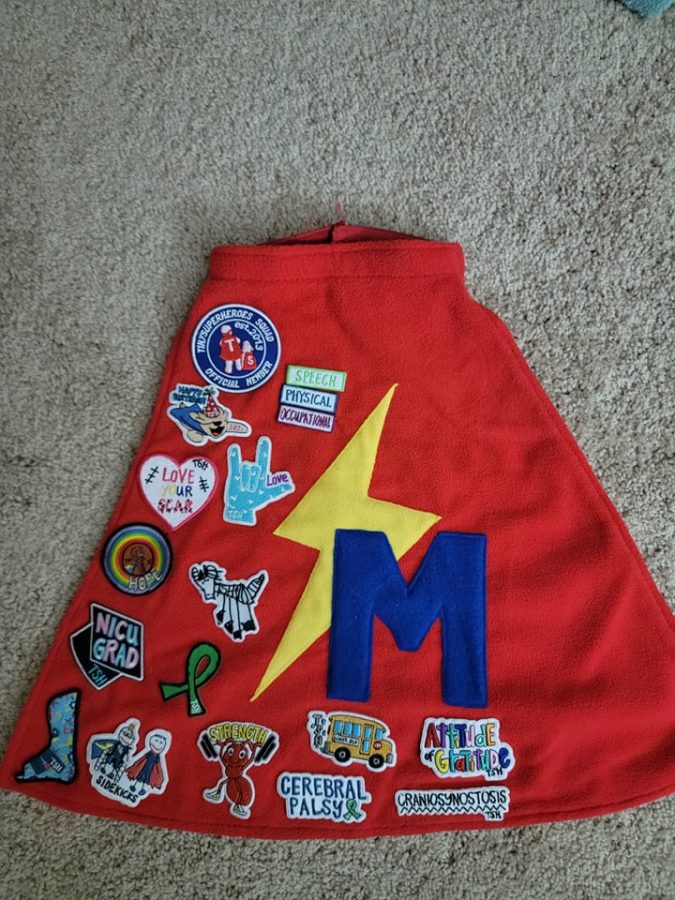 While disability is often associated with disadvantages, not all people with disabilities are equally disadvantaged. My son is just 1 of the 1 billion people who have what is considered to be a disability. He is part of a community that deserves to have their voice heard, just as ours is heard. He is stronger than I could ever be and is able to adapt to almost any situation. He has a large heart that judges you by your character and how you treat him and others. Perhaps it’s time for us to sit back and take a lesson on how to be good humans by assessing people by what lies in their hearts rather than what we may be able to see on the outside. It’s time to take the initiative to learn more about disabilities and push for more inclusion in the community. It’s time for us to take a lesson in being responsible citizens and speak up for those who may not be able to speak up for themselves. We can make changes in health care, social circles, and society by simply saying hello and being a friend.

Taking a moment to listen, learn, and understand a person with a disability will help others by reducing stigmas associated with disabilities. It expands your knowledge of different cultures and the issues that plague the community. It also gives you the opportunity to set a good example and a role model for your children or grandchildren. Inclusion matters. Respect matters. Acceptance matters. Everyone deserves to feel accepted and empowered.