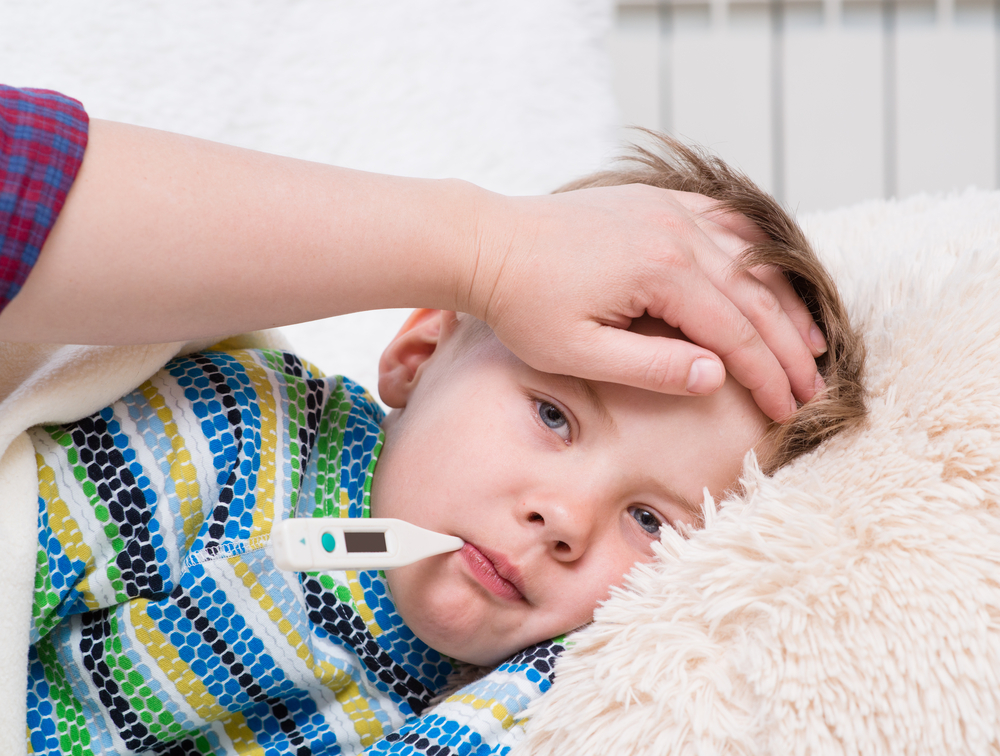 Many of us can remember a year or two when we never managed to get the flu shot. We meant to. We thought about it. But it just didn’t happen. Even Mobeen H. Rathore, MD, remembers a year when he skipped it. It was 1990. He got the flu.

“I was very sick,” said Dr. Rathore, co-chairman of the Baptist Health Infection Prevention and Control Committee and chief of Pediatric Infectious Disease and Immunology for Wolfson Children’s Hospital. “I was knocked out for five days. And I was a young man then. It was terrible.”

If you think of flu as just a mild illness, here’s a bit of history: This year marks the 100th anniversary of the flu pandemic of 1918, still considered to be the deadliest disease outbreak ever. An estimated one-third of the world’s population became infected with the virus, and the number of deaths totaled at least 50 million, three times the number of soldiers killed in World War I, according to the U.S. Centers for Disease Control and Prevention.

Of course, there was no flu shot then. And pandemics — which only happen when there is a new strain of virus for which people have no previous exposure — are pretty rare compared to annual flu mutations. A flu pandemic has occurred only four times in the last 100 years. But it still it goes to show, the flu is no disease to trifle with.

Last winter’s flu season was especially bad, classified as “high severity” by the CDC. There are two reasons why.

That season’s main flu strain, H3N2, tends to have poorer outcomes than other types of flu, Dr. Rathore said. Also, last year’s vaccine did not match very well with the particular strain of flu that was circulating.

It’s too soon to predict the severity of this year’s flu season.

“We won’t really know that until the flu starts circulating,” Dr. Rathore said.

That’s when we’ll know the strain of the predominant influenza virus that is circulating and also, whether it matches the vaccine.

Here are three reasons you’ll want to get vaccinated early:

While a case of the flu is most often mild, sometimes it’s not. A bad case can lead to hospitalization and even death from complications.

Everyone is susceptible to flu. Those most at risk are children, the elderly and people with underlying conditions, such as HIV, chronic obstructive pulmonary disease, lung disease and sickle cell disease. Even so, healthy adults can get sick, too.

If you’re in good health and think you’ll only get a mild case at worst, you can still pass the flu on to people near you who are more susceptible, like children, the elderly and people with underlying conditions.

The CDC recommends flu shots for everyone 6 months of age and older.

It may seem confusing that pharmacies advertise flu shots in the summer, as peak flu season actually runs from October through March. But offering shots earlier lets people get vaccinated ahead of the main season. It takes about two weeks after vaccination for antibodies to develop in the blood, and the updated flu vaccine always becomes available in August.

“We hope that by sometime in October, most people will already be immunized against influenza,” Dr. Rathore said.

And if you don’t get around to it this month, doing so later in the season is still beneficial.

To get your flu shot, make an appointment with a Baptist Primary Care physician or visit any Walgreens pharmacies.

What You Need to Know About Scoliosis and Your Child