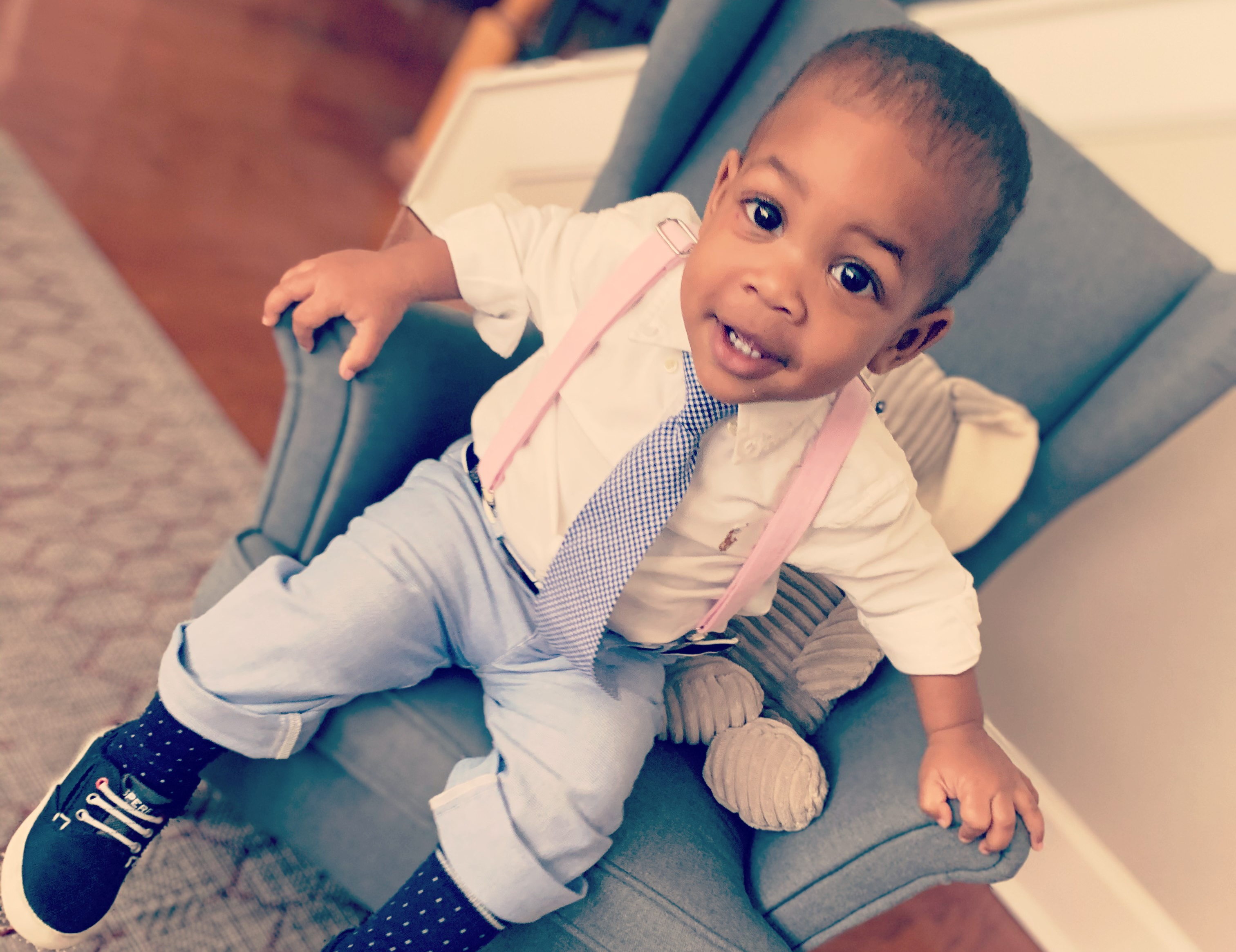 Precious Malachi Hackworth is certainly not shy. The 2-year-old little life of the party isn’t one to back off from any spotlight — in fact, he’s the first to grab the mic to belt out tunes alongside the choir at his grandfather’s church, and he enjoys pounding away on the drum set he got last year. Like most toddlers, Malachi is bounding with energy and rarely sits still.

So it’s no shocker that the Jacksonville tot, like pretty much every young kiddo, has had more than a few bumps and bruises. But the tumble he took on Dec. 14, 2020, wasn’t your typical fall.

“Initially I just thought he had fallen and bumped his head,” shared Kristin Hackworth, Malachi’s mother. “Never did I think it would be so serious.”

Malachi, Kristin, and Malachi’s father, Derrick Mincey, had planned to spend a peaceful afternoon at a local park and shoot a few hoops. Kristin and Derrick walked to the park, pushing the boy in a stroller. Their first stop upon arrival was the basketball court.

The trio started playing around on the court, and Malachi used his own child-sized basketball. Derrick attempted a jump shot right as Malachi suddenly ran behind him. As Derrick landed, he accidentally knocked the energetic tot to the ground.

“Malachi started crying and we immediately just tried to console him and help him calm down,” Malachi’s mom recalled. 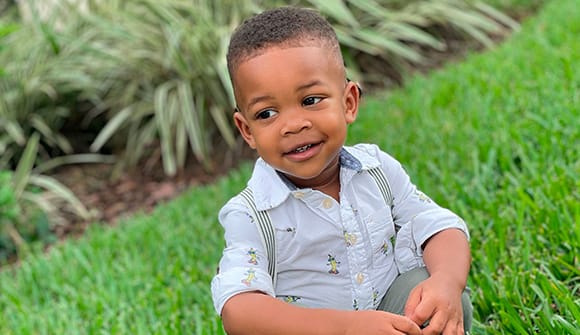 “Malachi was in his stroller, and when we got about halfway home, he reached up, signaling he wanted Derrick to hold him,” Kristin said. “He put his head down on my husband’s shoulder, like he was getting sleepy, which made me nervous because I know you’re not supposed to let a baby sleep after bumping his head. His eyes were open, but they were just kind of blankly staring ahead. And then he started to throw up, and I knew something wasn’t right.”

Realizing the urgency, the family immediately got in the car and went to seek emergency assistance. Kristin was driving while her husband sat in the backseat with Malachi.

“I could hear Derrick and he was almost in tears, saying, ‘Malachi, wake up!’ And my husband isn’t an emotional person. So to hear that made me even more scared,” Kristin said.

A terrified Kristin went to the first medical facility she found, a local urgent care clinic. When the staff realized that Malachi needed life-saving care immediately, they notified 911 to transport him to Wolfson Children’s Hospital of Jacksonville’s Pediatric Trauma Center.

One of the physicians in the hospital that evening was Robert Letton, Jr., MD, board-certified pediatric surgeon and surgeon-in-chief at Wolfson Children’s Hospital and chair of the Department of Surgery at Nemours Children’s Specialty Care, Jacksonville. Dr. Letton and his team quickly put Malachi on a ventilator to assist with breathing so that the toddler’s brain would continue to receive oxygen, just before whisking him off to a CT scan to look for any brain or skull injuries. The doctor also notified the pediatric neurosurgeon on-call of Malachi’s serious case.

“Luckily, the CT scan showed he didn’t have a brain bleed or skull fracture, which was good news,” Dr. Letton explained. “With traumatic head injuries, though, the biggest concern is a buildup of carbon dioxide in the bloodstream, which occurs when a child stops breathing but the heart continues beating. This can affect blood flow to the brain and can cause death when left untreated. That’s why it was so important to make sure he got on the ventilator, so he continued breathing.”

In critical condition, Malachi was transferred from the Trauma Center to the Pediatric Intensive Care Unit (PICU). There, Thomas Nakagawa, MD, who is a pediatric critical care specialist and medical director of the PICU, as well as a professor in the Department of Pediatrics with the UF College of Medicine – Jacksonville, continued to closely monitor Malachi’s brain activity.

“In the PICU, Malachi required very close monitoring and ongoing care because his condition could deteriorate at any time,” said Dr. Nakagawa. “We kept him on the ventilator, continued to provide medications to treat the suspected trauma-induced seizure Malachi had while in the Emergency Department, and continually monitored the electrical activity of his brain using electroencephalogram (EEG) to make sure there was no abnormal brain activity that could further worsen his injury.”

According to Dr. Nakagawa, head injuries are the most common cause of disability and death in children. The expert PICU team — which includes highly trained physician specialists, nurses, respiratory therapists, and other medical professionals — are skilled in addressing the most complex injuries and treating critical illnesses in children of all ages.

Luckily, Kristin and Derrick acted quickly and got Malachi to life-saving care before the accident became a terrible tragedy.

“If his parents hadn’t recognized that this was a true emergency, he may have fallen asleep, stopped breathing, and never woken up,” Dr. Letton said. 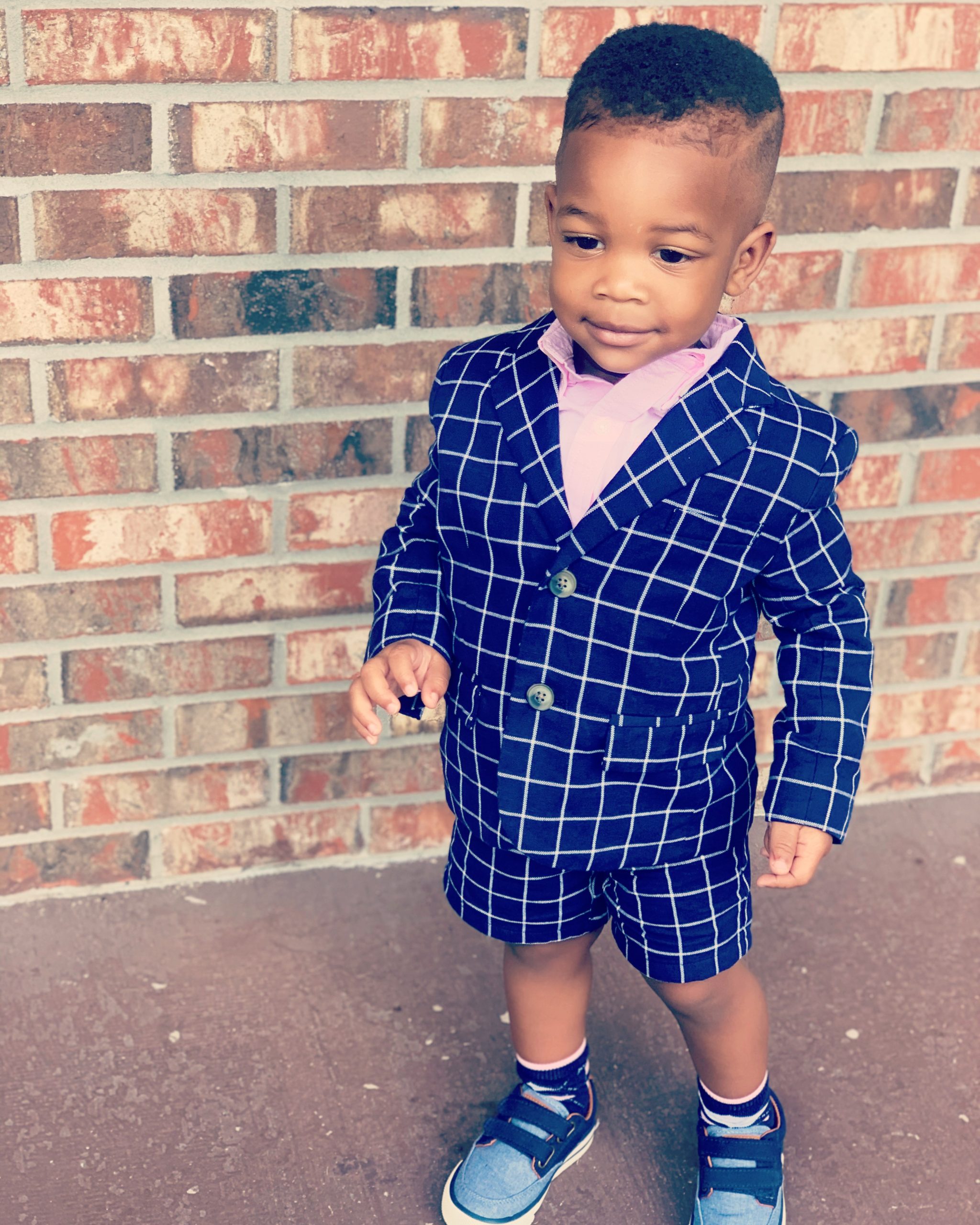 Malachi stayed overnight in the PICU, at which point, his condition improved and he was able to breathe without a ventilator. He was then transferred to Wolfson Children’s Neuroscience Unit and was able to head home a mere two days after his traumatic fall.

Moved by the way the team at Wolfson Children’s treated not only Malachi but also herself and her husband, Kristin sent flowers and a card to the hospital to show their immense gratitude.

“I wish there was more I could do to thank them, but there is nothing that would equal what they gave back to us,” she shared. “The doctors and nurses who treated Malachi were doing God’s work. They did everything right.”

When the family of three headed to the park on that quiet December afternoon, they never imagined that the day would end in the hospital. And while their paths hadn’t yet even crossed, the team who saved Malachi’s life was ready and waiting for him before he ever set foot on that basketball court with his tot-sized ball.

“While most families, fortunately, will never require our services, it’s reassuring to know we are here to take care of any child should a life-threatening event occur that requires specialized care,” said Dr. Nakagawa. “We love kids, we care for kids, and we do it well!”

In a life-threatening emergency, minutes can truly make all the difference. Wolfson Children’s Hospital has pediatric specialists ready around the clock to treat the most serious injuries. For more information on Wolfson Children’s Emergency and Trauma services, visit wolfsonchildrens.com/emergency.