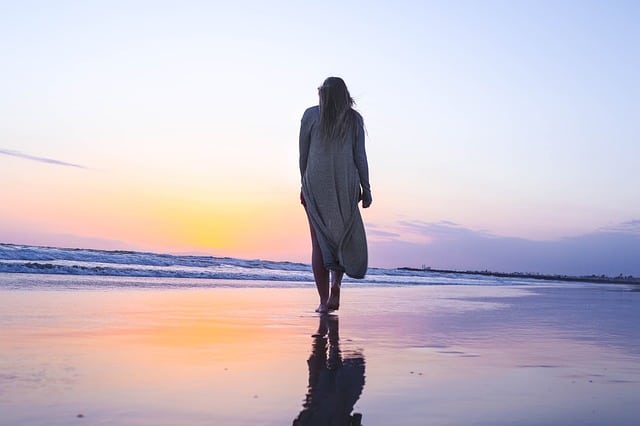 When a divorce happens, it can feel like you’ve hit your rock bottom — as if you are this lost soul just roaming about, getting the bare minimum in life done each day. You are in survival mode for yourself but mainly for your kids. The vision I had put forth in my mind of what my life was supposed to be was gone. My white-picket-fence dreams were broken, and I was supposed to move on and look for the positive. So much of that is easier to say than to actually do.

I felt damaged. What a heavy sentence to say, and an even heavier burden of a feeling to carry around. I had a sense of walking around with a “scarlet letter” of a D — divorced. Not many people are getting divorced in their early 30s. It’s more common to see people in my age range walking down aisles and posting bump pics. Not many could even understand what I was going through, let alone be there to empathize or share stories of their own divorces. While in the trenches of starting my life over again, I was trying to ensure that my tiny humans didn’t feel the amount of pain I was feeling. Trying to put a smile on my face, keeping up schedules, and providing a sense normalcy for the kids was exhausting. It can be a very lonely place because, it is. I looked at myself as a mess of the woman I thought I was, unable to see how I could ever feel “myself” again or how anyone could look at me with admiration in their eyes. The truth was, I wouldn’t ever be myself again in the traditional sense. I would become the better version of who I was always meant to be. Not at that exact time, but it would soon come.

Anxiety is a Liar

Every single day for a very long time was filled with anxiety. Anxiety has many faces for me: sadness, anger, and impatience. Going through the motions daily to make sure these beautiful girls of mine had what they needed. Their lives were changed forever, and my own burden of guilt was overwhelming at times. I felt that I had taken an innocence for them. A feeling of being part of the reason they had their first heartbreak. All of our hearts were broken. At the same time, I knew their youth would restore their hearts to be open to this world, though I wasn’t sure mine ever would. I wanted to believe that there was a great love story out there for me, and that God’s plan had better things ahead that I could ever dream, but it was hard. Anxious feelings are tricky — it can be hard to distinguish from what is valid and rational, and when anxiety is merely being a liar.

Then a restoration in my faith began. Prayer was healing and therapy helped even more. Slowly but surely, I became and embraced this new version of myself. Still, thoughts riddled with anxiety arose of wondering who would want to take on a divorced woman, her two young girls, and her feeling of being damaged goods. I couldn’t really be ready for someone to come into my life until I was in a place of healing.  While I was positive(ish) and felt like I COULD find someone someday for me, a few several bad dates can question your positive outlook. I didn’t want to rush into anything. Divorce is helpful in teaching you what you want and don’t want in a partner, and I would rather be single than settle for less than amazing. I wanted to finally be at a point where I could think, “Who WOULDN’T want to date me?! I’m a catch!” (Side note: My confidence came back.) 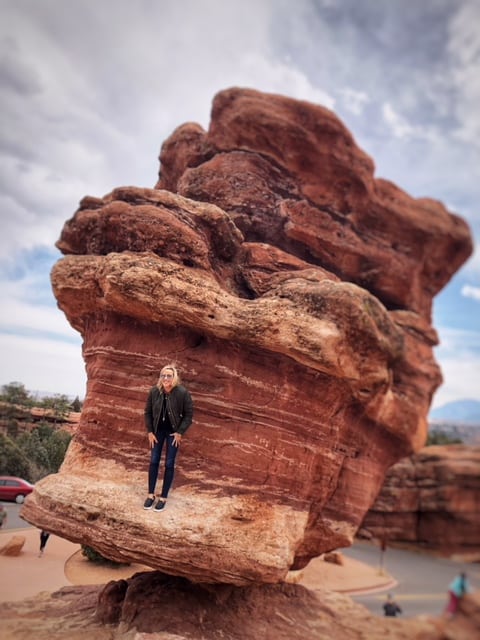 Put a Checkmark on SINGLE

The divorce was NOT a reflection of the kind of person I am. Is it part of my story? Yes. A part that changed me and helped me grow into the type of woman I want my daughters to be proud of. Is there an annoyance that divorce is still an option to check beside marital status for applications and paperwork? Absolutely, so I then check single. Furthermore, there’s a desire to constantly improve to be the best version of myself and a better mother, daughter, and friend to those around me. Goals I didn’t realize I had have shown up, and I am gladly taking them on. As for finding the person who wants to take on the “divorced mother of two who sometimes has anxiety still”? I found him, too. Moving along in this new life with memories of what life once was, I remind myself frequently…

I am not damaged, I am just divorced.