Let me start this off with an apology to those mamas I know who have multiples — I’m so, so, so sorry that I had no idea how tough some of your days were. I should have spent my Saturdays at your house holding a baby, brought you dinners and coffee any time I had a free second, spent the night in your guest room with the babies so you could get a good night’s sleep, and dropped by your house at 5 p.m. whenever I had a free evening to help you get through dinner, bath, bottles, books and bed. It never occurred to me what you were going through and how difficult it was.

Then my twins were born.

Momming multiples is the hardest thing I’ve ever done.

I had two babies (my 8-year-old and 3-year-old) before my boy-girl twins were born (healthy and at 38 weeks, for which we are very thankful). While I was pregnant, I thought this prior baby experience would be helpful (and it was). On the other hand, I kinda wish that I had had no clue what I was getting into. What if both of them have reflux as bad as our son did? What if they both get a stomach bug at the same time? What if, what if, what if? If I had had twins first, I would have been oblivious to the challenges ahead of me — I also would not have known how much easier one baby is! Still, being an experienced parent has helped in some ways. (I know when cry-it-out is all that will get them to sleep. I know what hand-food-mouth disease looks like. I have an abundant stash of burp cloths and bottles.)

But even having had a baby before did not prepare me for the double feelings I experienced while taking care of the twins: Frustration when one would finally fall asleep, only for the first to wake up. Sadness when they were both crying, my husband was not home, and I could only safely hold one at a time. Complete and utter failure when both were awake at 3 a.m. for the millionth night in a row, when I could only feed one at a time because they weren’t old enough to hold their bottles yet and both were screaming, when one would crawl away from me and pee on the floor while I held the other one tightly by the arm in the bathtub, when both needed attention THAT EXACT MINUTE. And there was only one of me. And two arms. Twins is hard in a way that unless you have multiples, you just cannot understand. Some days I am #winningattwinning. Most days, not so much.

And the logistics of twins? Well, I had no idea how complicated it is. Going to the pediatrician requires both me and my husband to carry and hold our squirmy duo. Target is a major undertaking and only attempted with both babies when I am desperate for formula or infant Tylenol. I can only run or work out on weekends or in the 30 minutes I have between work and daycare pickup. For dinner, I usually have to hold one on my hip while the other is in the high chair, and I take turns feeding them with the same spoon. Even getting them both up (or down) the stairs — they’re too heavy and wiggly to carry at the same time now, but neither can walk — requires some thought and safety measures. When I pick them up at school I have two bags, two lunch boxes, eight bottles, two bibs, two spoons, blankets, lovies and two car seats (with babies in them) to get from their room to the car. And bedtime… yikes. Someone is always crying. Sometimes it’s me.

But it isn’t all doom and gloom — of course not! For all you pregnant mamas of multiples-to-be, I promise you that the double (or triple) smiles, the double hugs, the double laughs, the double kisses and snuggles — all that, makes it more than worth it. The awesome sight of two beautiful babies, asleep in their cribs, just melts my heart. And don’t get me started on my #allthematchingoutfits obsession. (Seriously, I could shop for boy-girl twin outfits all.day.long.) One thing that no amount of babies beforehand could have prepared me for is the amount of love two babies at the same time brings. When I sit on the floor, they crawl over to me, pawing at me, yanking on my clothes, trying to climb up me and snuggle. When they are both in their bouncers next to each other laughing hysterically, it cracks me up. When I get shots like this (or my photographer brother does), ooooooooh, puddles of cute.

Moments like these are the rainbows after the hurricanes. 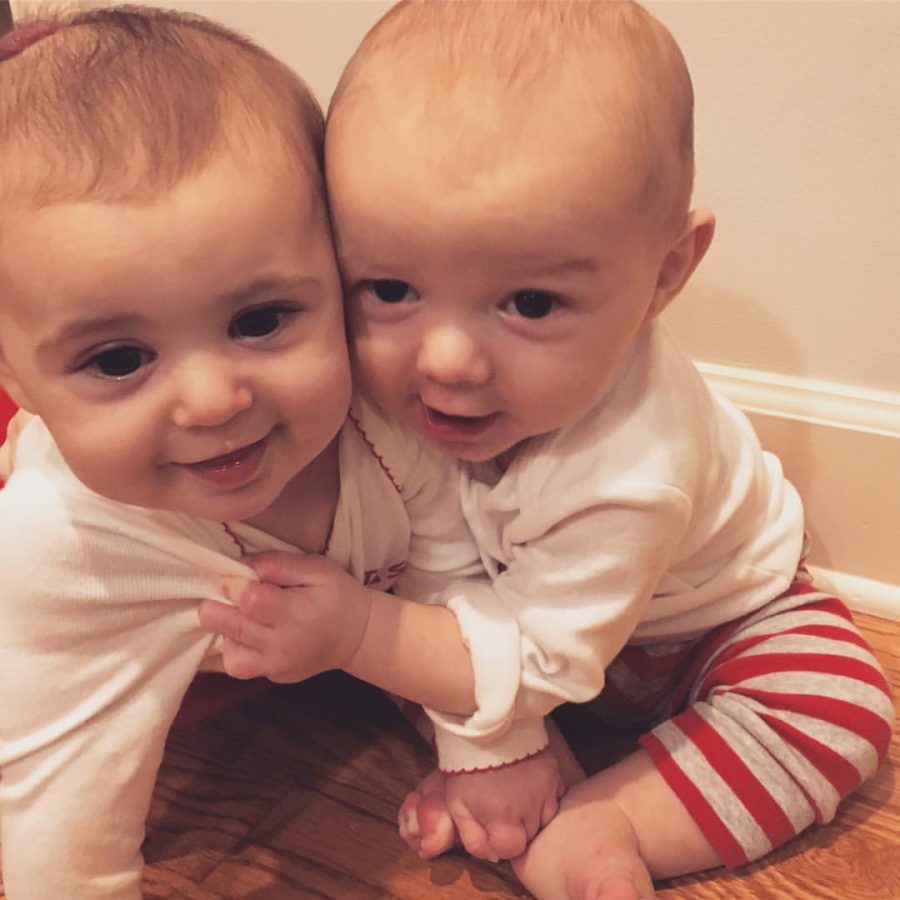 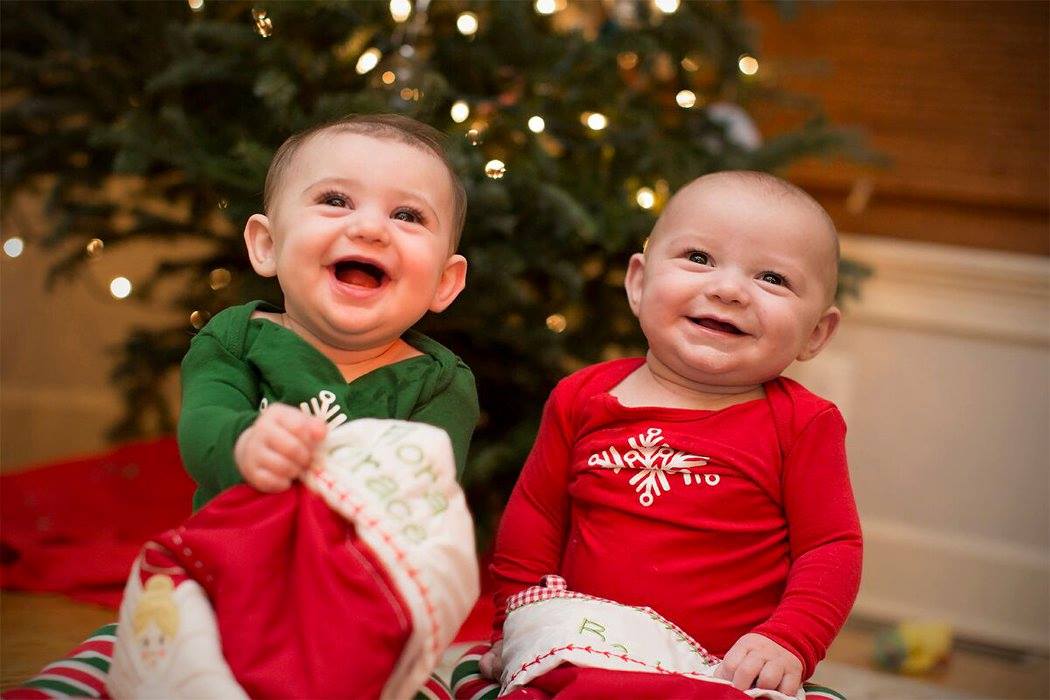 But still, it’s hard. Every single day is hard in a way I did not realize it would be before they were born.

In a few months, my twins will be one year old. You can bet I am going to have a great time at their first birthday party. I can honestly say that this has been the toughest year of my life, and I’ll be excited to celebrate what feels like a light at the end of the tunnel.  I can’t wait for double the frosting mess and double the smiles. Even though I doubt having two one-year-olds is going to make life any easier!