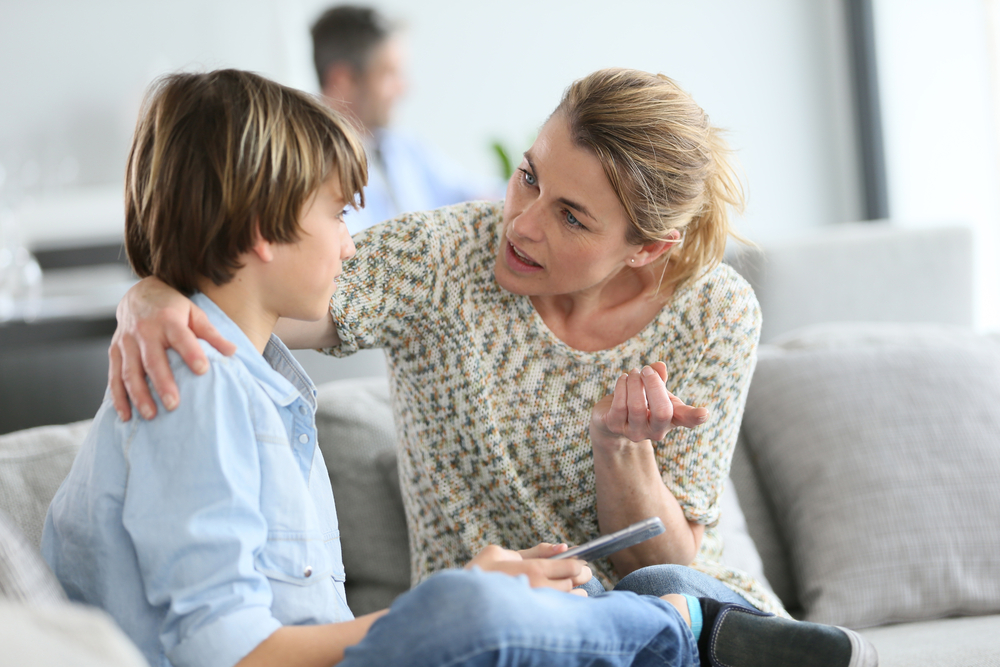 I swore I would NEVER say these things when I became a parent because I got so frustrated and angry when my parents said them to me. While I grew up knowing my parents loved me, I didn’t feel I was heard as a child or allowed to have an opinion. Their rules and decisions were non-negotiable, no discussion, “I don’t want to hear it,” and the inevitable, “Because I said so.”

As strict as my parents were, our home was also loving. There was soft, hugging love in addition to the tough love. I don’t blame them because those were the times we were in, it was the ‘70s and ’80s, and many, if not most, parents reared their children with this Traditionalist Generation discipline. Well, in South Carolina they did. Many of their tactics I’ve implemented with my own son, even the dreaded “Because I said so,” because I am the parent, they are the child, we are not equals yet. There are times when this is the only reason. Truly.

While I may be known as the mean mommy amongst his friends (and mine), and I’ve had to exert my parental authority countless times during my son’s 13 years, I found myself, unexpectedly, saying something else to him recently. I never heard this from my parents growing up, and I said it one night after feeling so defeated from a tough week of constantly being challenged by him. He was testing boundaries and pushing me to unforeseen limits, and he wasn’t falling in line like the young soldiers did in the ‘70s on Lakewood Drive.

Tucking him in on that night, he was defeated, too, and said, “I’m sorry, Mom,” and I replied, “I’m sorry, too.” His eyes got huge as tears welled up in them, and he hugged me so tightly I gasped. I looked at him and just let my insecure parenting fears pour out. I explained that I make mistakes as a parent more than he realizes, and I’m trying really hard not to because I’ve only got one shot at being a parent. He’s my only kid, and I don’t have a backup kid to try again. I say this to him tongue-in-cheek, he gets it, and chuckles with me. He knows how hard we tried to give him a sibling. I’ve always told him he’s my favorite son, to which he loves to respond, “Duh — I’m your only son!”

I also remind him that I’ve never been a parent before him, and he did not come with a handbook. I’m winging it over here, although I feel confident many days, there are many times I fear I’ll scar him for life with some of my parenting decisions. He’s already endured some battle wounds and enjoys reminding me of my mistakes now that apologies are part of my parenting. I remind him that no job on earth is simpler or simultaneously more complicated, and my rules for parenting are:

1) Love you no matter what.
2) Keep you safe always.
3) Teach you to be a considerate and kind person.
4) Teach you how to be self-sufficient so you can live and thrive without us when the time comes.

He looks at me, and to me, differently since that night. Sharing my insecurities as his parent has validated his emotions in a way I never realized. Kids, especially teenagers, need their feelings validated. We all do! I’ve apologized several times since, when I know I’ve effed up, and I hope he is comforted knowing I’m not presenting myself as perfect nor expecting perfection from him. While I am still strict with him — he’s a kid who needs and responds to firm lines — I also make a better effort to explain the hard line instead of quickly dismissing him with, “Because I said so.”

The benefits of apologizing to my son have been aplenty for both of us, and the greatest impact for me has been minimizing the perfect parent expectation to which I held myself. We instill in kids they’re allowed to make mistakes, just be accountable for them. We’re allowed, too, dammit!

Have you apologized to your kid?