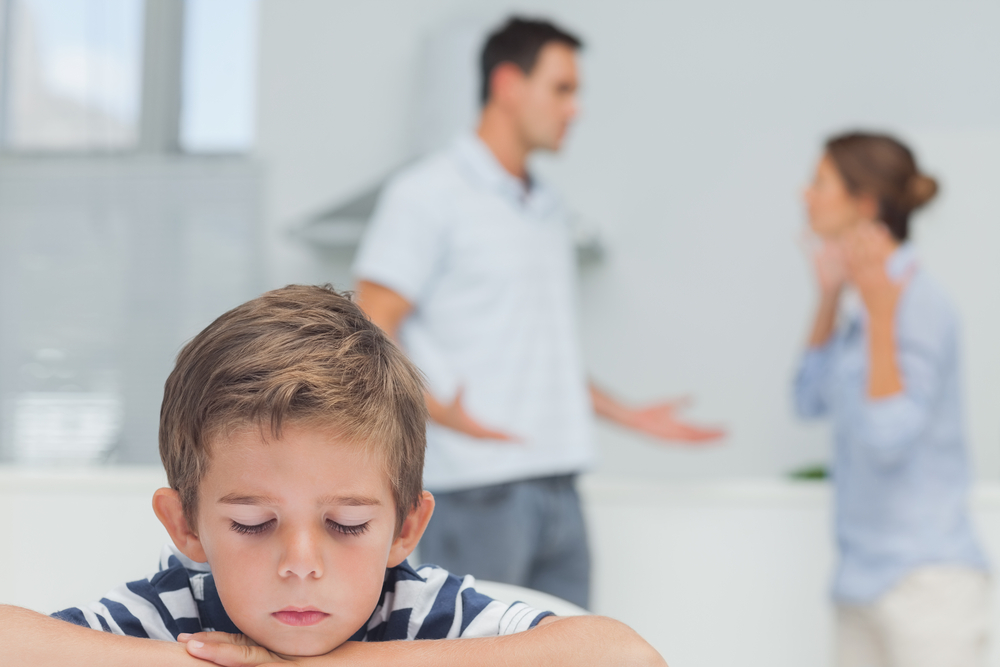 If you’ve come to know me at all, whether it’s personally or because you’ve read some of the posts I’ve written, you know my husband and I practice some old-school methods for rearing our son. Some examples are that we don’t pay an allowance for everyday chores, we won’t give you a gift for coming to our party, and we don’t allow our 11-year-old to have his own smartphone. He also has to call adults Mr. and Mrs. Last Name and is expected to answer with, “ma’am” and “sir.” And if you don’t know me, this certainly paints a very traditional picture of our parenting style. My husband and I grew up in the ’70s, actually went to prom in the ’80s (as opposed to just a themed throwback party experience), and grew up during a time when it was believed that parents shouldn’t argue in front of the kids. So, it may surprise you to learn that we do argue in front of our kid. On purpose.

Children should know their parents disagree and make mistakes.

We don’t intentionally seek out arguments to have in front of our son. But when one happens to bubble over in his presence, we don’t shy away from it anymore. In the first decade of our marriage, we rarely argued. We didn’t have children until after our 10th anniversary, and it wasn’t until our son was in preschool that we started to bicker. Bickering progressed to arguing at some point, and we did our best to hide it from him in the beginning. When we didn’t have the disagreement at that moment and waited until we could talk privately, feelings festered and the molehill quarrel turned into a mountainous fight. Or, it took a left turn, and we were then squabbling about something else completely different than the real issue. Once, at the dinner table together, my husband and I started barking at each other, and our son became very upset. He wasn’t used to seeing us argue and yelled, “I don’t want you to get divorced!” At that moment, I realized he didn’t see our true relationship. He didn’t understand that people can disagree, debate, or argue about something, and still love each other. We didn’t want to hide when we had disagreements anymore so our son would learn about authentic relationships. He needed to experience unconditional love, not just between parent and child, but between two parents, which includes disagreements, apologies, and forgiveness.

Kids need to learn how to argue respectfully.

When we were still fighting in private, it wasn’t pretty. The strategy back then was to win the war of words at any cost, which never ended well. One of us would inevitably leave the room completely pissed off. Many times, we “got through it” because we swept it under the rug without working towards a solution. As we began to have disagreements in front of the kiddo, our word choices improved, as did our tone with each other. The end goal would be to find a resolution, not to just win the battle of words. Our disagreements became more respectful and productive. Still, today, when we are in contention with each other and become frustrated, sometimes we raise our voices. Yet, we are also aware of our audience and that we are modeling some of life’s most important lessons for him: stand up for what you believe, consider the other person’s side, choose your words wisely because you can’t take back what you’ve said once it’s said out loud, and you can disagree and be mad with someone while simultaneously loving them.

Children need to see their parents apologize and forgive each other.

More important than modeling how to have respectful disagreements in front of your children, is to show them how to sincerely apologize to each other. Whether it’s a situation where one parent is at fault or parents have a difference of opinion, both parents share accountability in the argument and should apologize. If you allow them to see the spat, then they need to see the makeup that ends with an “I’m sorry. I love you. I forgive you.” Big hug.

Dad and I recently had a heated discussion in front of kiddo that included raised voices and ended with one of us leaving the room for a while. We weren’t coming to a resolution and needed to take a beat and cool off. We came back together and apologized in private and realized our son needed to see us say “I’m sorry,” too. We walked in the family room, managed to get him off his video game, and showed him our apologies. He ran over, and we did our family hug. He said, “I hate it when you argue.” We said we hated it too, but it doesn’t mean we stop loving each other. Moms and Dads disagree and need to work it out and sometimes they argue. THAT’S OKAY.  We ALWAYS come back together to find a solution. We ALWAYS forgive each other. We’ll ALWAYS love each other AND him.

Conflict resolution must be practiced, and the sooner it is learned, the better.

We had to learn how to fight with each other. We didn’t practice resolving conflict with each other the first 10 years of our marriage because we kept our opinions and true emotions bottled up inside, both fearing of hurting the other’s feelings. It took a lot of time, but the more we squabbled, the better we got at it. Once we saw the value in not shying away from having these moments in front of our son, aware of the impact it will have on him, the more strategic we’ve become when we share conflict. We stay on topic and don’t allow the discussion to be side-tracked to an unrelated subject. We choose our words carefully. We control our emotions better and are more considerate of each other, which results in improved listening skills and finding creative ways to resolve conflicts when necessary. In retrospect, I realize I have more emotional security in my relationship now than ever. I largely credit this to finally allowing the uncomfortable moment because I am confident in the conflict resolution.

It should be noted that the disagreements we have in front of our son are not intractable marital issues. They are more of the everyday type, and they don’t happen every day. I’d say we’re in the “occasional” category. I’m not a confrontational person, but I don’t shy away from it when it’s imperative. The ultimate goal of allowing our son to witness these moments is so he’ll understand conflict isn’t always bad, good things can come out of disagreements, to improve his coping skills, and to gain emotional security with himself and his relationships. At the same time we were hoping to develop our son’s emotional intelligence with this strategy, we were developing our’s unknowingly. Who knew allowing our kid to watch us argue would teach us how to do it kinder and with better outcomes?

Do you have disagreements in front of your children?

Family Dynamics: Tips for Talking to Kids About Separation or Divorce

I Couldn’t Care Less If My Kid Is Gay