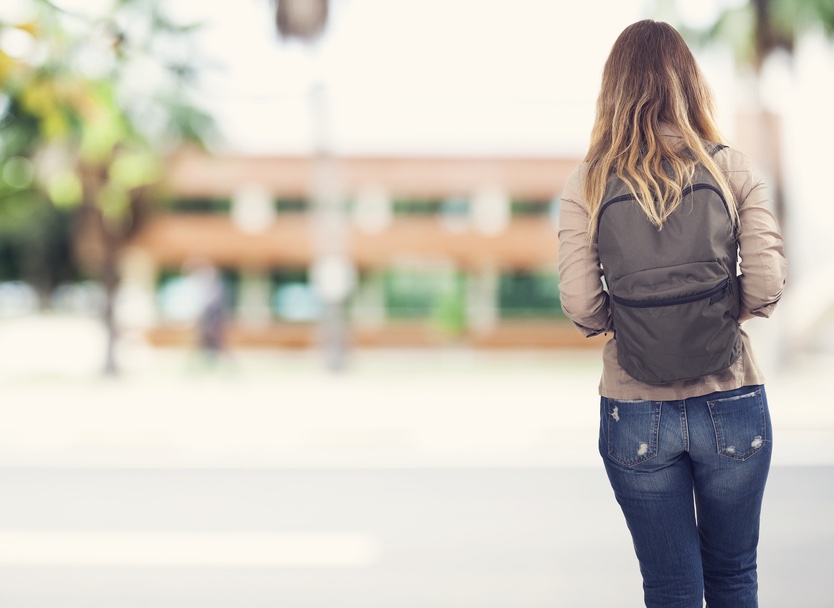 This is a true story about how I went from fairly normal, if not a little dramatic at times, to batsh*t crazy in the span of 36 hours.

My daughter graduated from high school. It was awesome and hard and all the things, but if I’m being honest, it wasn’t as emotional as I thought it would be. I cried once that night, but they were simple tears. The kind of tears that say, “I’m so proud, but this is a big change I’m a little unsure about.” I was a strong, proud mama ready to send my firstborn out into the world and to college. I was also very naive.

A few weeks later, we loaded up the car for Tallahassee to drop her off at FSU. Moms, listen carefully. When this moment arrives, you will not be chill and you will not be okay. There is no preparing yourself for that day, so don’t even try. Accept that you will cry giant, ugly tears in a restaurant over brunch because your child (now an adult) gets frustrated with you, and you realize tomorrow, she won’t be around to tell you that you’re being ridiculous. Yes, that is oddly specific, and yes, I lost it in a restaurant over the coming absence of teenage eye rolls.

I went from crying in public to, “Why didn’t I crush her dreams, so she would never want to leave?” I thought this more than once, and it seemed totally logical. Like a real missed opportunity that I something thought of too late. These were not my proudest moments.

When she told me the pictures she ordered to hang in her dorm hadn’t made it on time, I wanted to publicly shame Shutterfly with a one-star review for not delivering her memories of me.

Shutterfly did not deliver as promised. She will take new pictures with new people and place those on the wall instead. Thanks for helping her forget she has a family. Zero stars, would not recommend.

My anger didn’t stop at Shutterfly. Google Maps was my next victim. Counting down the minutes until she got out of the car and walked away on our final drive back to drop her off at her dorm and head back for Jacksonville was a real assh*le move.

Then, it was time, and there aren’t really words to describe the feelings of that last hug or the view of her walking away, but I will try. I was proud and terrified. I wanted to push her to fly and grab her and never let go. I saw every first and every last at that moment. I saw snippets of her past and visions of her future and wished her many adventures and prayed she’d want me to still be a part of at least some of those adventures.

The good news is that it doesn’t end in crazy, and it does get better. One week in, and I only teared up once yesterday at the hair-dye stain she left on my sink in my guest bathroom. Baby steps. She apparently has not forgotten her family as we text and FaceTime regularly, so my apologies to Shutterfly. Google, however, is still dead to me. That kind of betrayal can’t be forgiven.