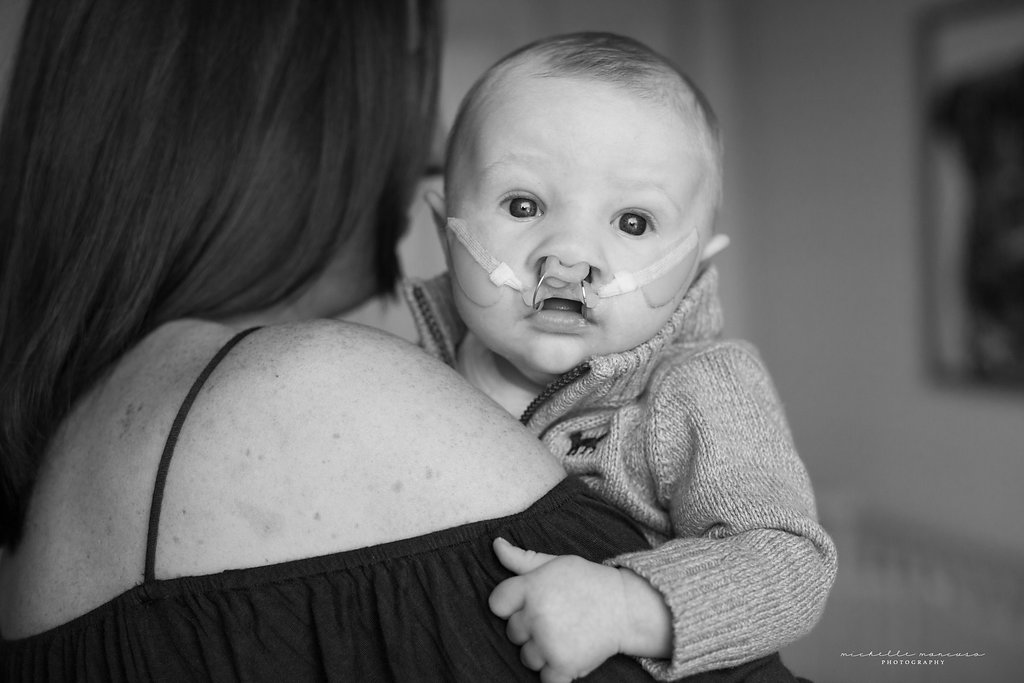 Throughout our five years of marriage, my husband and I have shared a running joke. After my many attempts to make things from scratch or purchase unique items from the grocery store I thought he would enjoy, he would always reply, “I just like normal.” I learned not to slave over a cake, because boxed was best. It’s better not to bring home the Sriracha Cheez-Its, because normal was what he really wanted.

After a fertility and pregnancy journey consciously focused on my overall wellness and fitness, my weight gain had stalled, so I was given an additional (fourth) ultrasound at 37 weeks to check on the baby’s growth — and everything was “normal.” A week later, I woke up in labor around 4:30 a.m. I went to my home office, where I sent a frantic text to my manager and wrote some last-minute emails. At around 7:30 a.m., my husband woke up to me cleaning the house and the news that today was the day. I labored at home with my husband and my doula by my side and then made my way to the hospital (my doc was on call!). I was 7 cm upon arrival and labored until around 2 p.m., when it was time to push. The intervention-free birth “plan” that I had worked so hard for during my low-risk pregnancy was going smoothly. As things got more intense, my doula kept reminding me that he would soon be in my arms.

A crowd of doctors and nurses rushed into my once dimly lit birthing haven. Tears flowed from my husband and me as we saw our son, but not the tears of sheer joy we had anticipated. These were tears of shock. I asked over and over again, “What’s wrong with my baby?” yet heard no sufficient answer. My husband just held my hand, his face buried in my bedside. Silence prevailed for what seemed like years. Finally, the neonatologist came to my bedside to let us know that our baby would be transported downtown since my carefully selected hospital did not have a NICU. The transport team was en route; Dad would go with the baby, and I would follow as soon as possible.

A new reality sank in: I wouldn’t be snuggling my new baby for long; I couldn’t bond with him as I’d imagined I would throughout the next evening and days. In addition to “normal” first-year worries about sleep, we would worry about things like anesthesia. Rather than learning about proper latching, I’d soon learn to pump around the clock without my baby even close by. About two hours after he entered the world, I watched him leave me, fresh from the womb. As the team escorted him out on that oversized stretcher, tucked in that glass case, I said goodbye to “normal.” 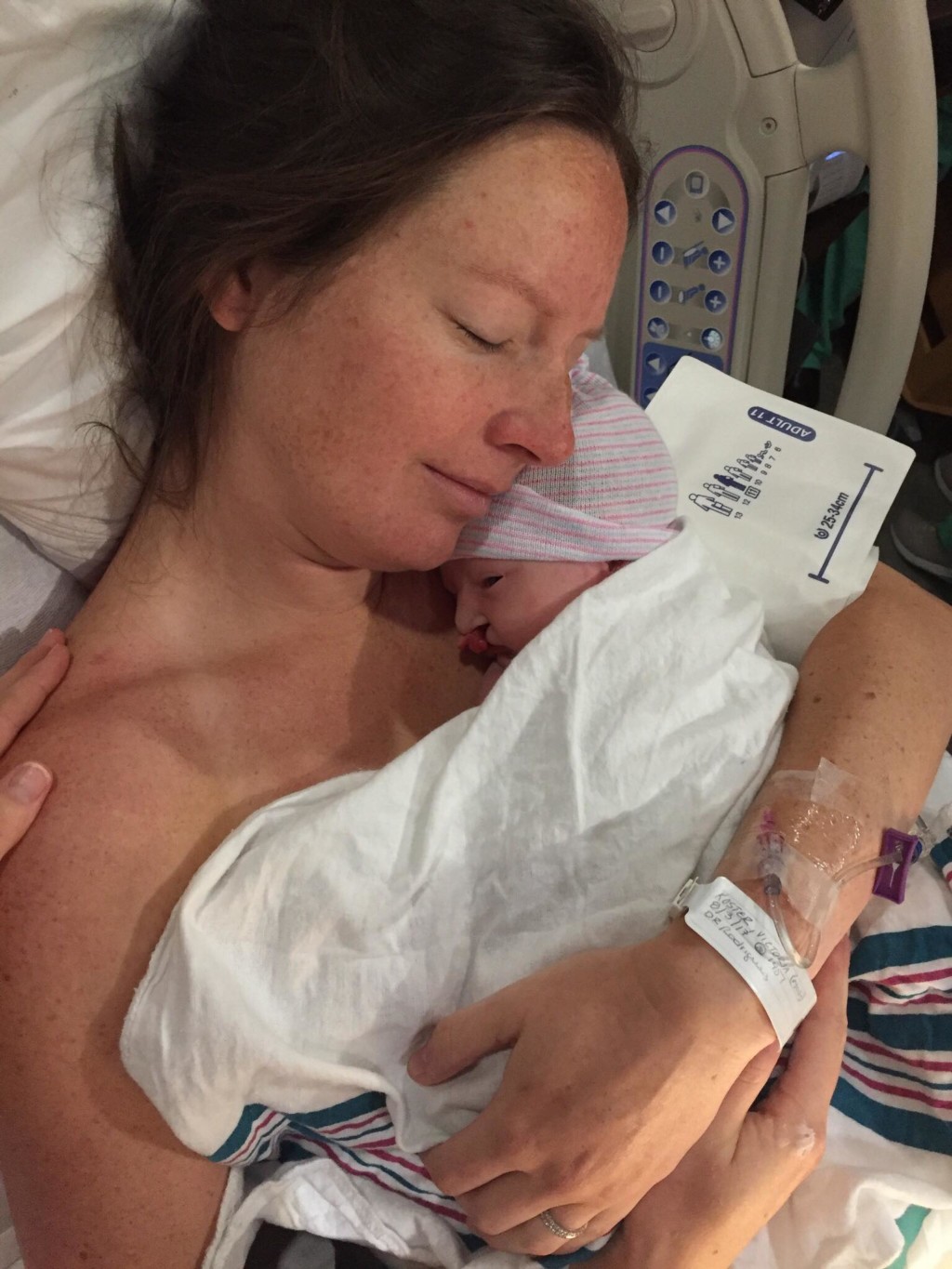 The next moments, days, and months were full of hurdles. With zero preparation, we relied on the cleft team for direction. After testing, it became apparent that Michael Jr.’s bilateral cleft, involving his entire lip and palate, was “a random isolated genetic occurrence.” Something uncontrollable and undetectable had occurred during weeks 6 and 7 of pregnancy to cause his cleft.

He wasn’t what I considered to be normal.

In the NICU, he would fight for every ounce to get home to us. We would learn how to feed him with a special bottle. I would attach myself to a pump for hours a day and constantly clean and sanitize the pump parts. Instead of friends coming over to simply see him and visit, we’d answer questions about surgery, his future, and more unknowns — questions that we didn’t even know the answers to. Unable to take people up on their offers to babysit so that we could get out, we would spend every hour by our baby’s side, since we were the only ones qualified to feed him properly.

For almost five months, we’d spend every Friday at a clinic, making adjustments to his mouthpiece — a challenge in itself. Because my son needed me, I would not be able to go back to running my businesses in the capacity that I had planned. Instead of people commenting on how cute he was or how old he was, they would stare at him, wondering what was “wrong” with him. We kept him away from germs as much as possible to prepare him for the two big surgeries he would undergo during his first year of life.

And we would grieve. We would mourn for the child we had thought we would have, the birth we had imagined, the loss of the “normal” that we had expected.

Then we questioned: Why can’t he just be normal? Why can’t we just have a normal life? Why can’t I just worry about normal baby things like teething and tummy time?

This experience had painfully uncovered the thick layer of entitlement that had crept its way into my heart, the tendency to believe that certain expectations would be fulfilled. I was treating God like a vending machine — a certain input earns me a certain output. But in that delivery room, I was slammed with the reality that God didn’t owe me any favors. There is nothing I could do to earn his grace and favor. They’re sheer gifts; and that’s what Michael Jr. was.

I’ve learned that this mirage of normalcy is just that — a mirage, a chasing after the wind. If I had gotten the “normal” I thought I would be getting, I would’ve missed out on the chance for my faith to deepen as I wrestled with God day and night. I took my anger, my questions, my fears, my sadness, and my grief to Him, and He wasn’t afraid. I would’ve missed out on the chance to storm the heavens with desperate prayers for my family and then watch Him answer them all in His own perfect way. I would’ve overlooked the little wins — the ounces, the progress, the positive test results. 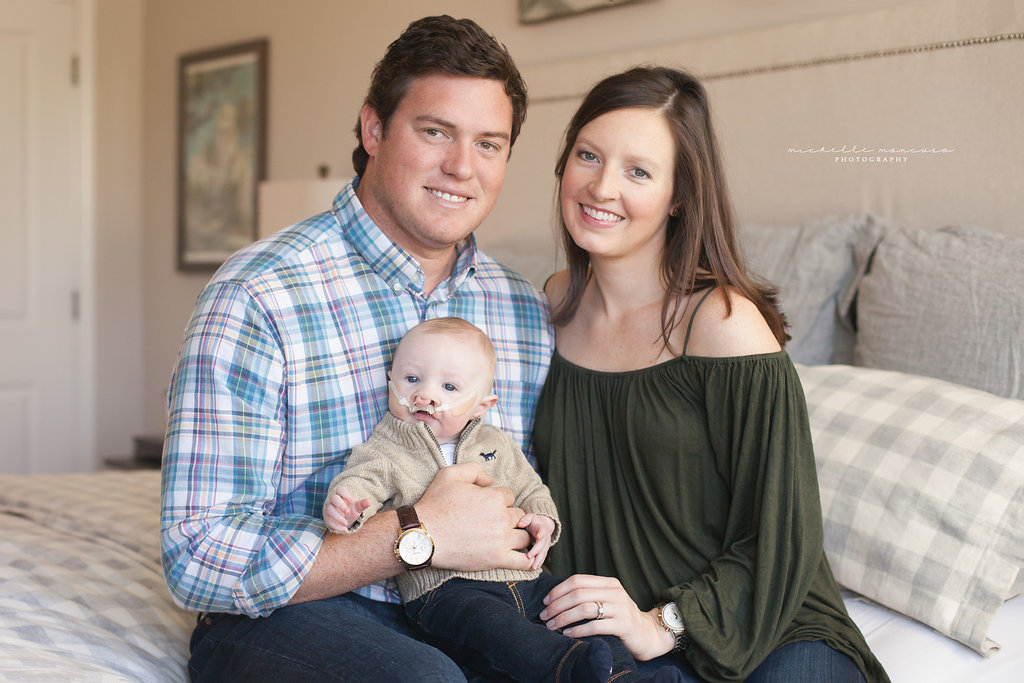 Sadly, if I’d have gotten what I imagined, I probably wouldn’t have been bowing over my son’s crib at night with my husband sobbing, praying, crying out to God, and covering him in prayers—at least not this desperately. My marriage wouldn’t have had the chance to deepen, because love is perfected when it is tested. I would’ve never gotten the chance to fall madly in love with TWO smiles on my fun-spirited son, one of which was so joyful that it literally took up his whole face!

Seven months later, I don’t have many answers. I might actually have more questions now than I did on August 3 at 2:57 p.m. But I can, with confidence, say that although we were surprised, and our doctors were surprised, our God was not. I am sure that Michael’s frame was not hidden from the Creator, even during weeks 6 and 7 (Psalm 139:15). His days were laid out before a single moment had passed (Psalm 139:16). In our family, we believe that God doesn’t make mistakes.

I want so much more for Michael than “normal”; the last thing I want is for him to conform to the pattern of this world. I pray that my son walks in the confidence that “normal” is overrated, and that the race for that mirage will only be a shortcut past a lot of precious moments and missed opportunities. We still face many challenges ahead with Michael, and each day I am praying for a posture of thankfulness and not of frustration, because thanksgiving is redemptive. Raising Michael is a privilege; I’m managing a blessing straight from Heaven.

God was looking for the perfect mother for Michael, and he chose me. He thought that, with His help and grace, I had what it would take. So instead of “victim,” I’ll call myself “chosen.” Sometimes in motherhood we get the unexpected, and I would choose Michael a million times over. I don’t love our situation, but I still love God, and He will give me what I need to face the unknown. Some well-meaning people say that God won’t give you more than you can handle, but I have found that He actually will do this — that’s where He does His best work. It’s only when we face those insurmountable odds — and realize we don’t have what it takes — that we fully rely on Him. Unmet expectations for our child, the loss of dreams, and the shortcomings in our parenthood journey create brokenness. But from that raw, cracked-open-heart place, strength is born. Maybe our idea of “normal” or “perfect” wasn’t the best after all.

I’m preparing for the day when my mighty Michael is old enough to recognize the way his cleft makes him unique. I think I’ll tell him he isn’t “normal” — in the very best way! 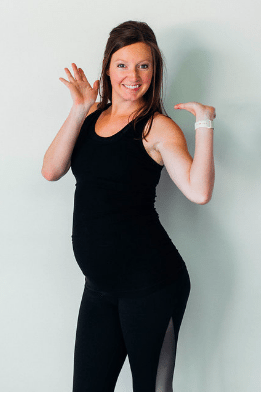 Victoria Koster is a wife to Michael W. Koster, mom to 9-month-old Michael William Koster Jr., and owner of Pure Barre Riverside and Pure Barre Ponte Vedra. Her days are filled with running a household and two businesses — trying to have grace for herself in the process. An Alabama girl at heart, she enjoys being so close to the beach living here in Jacksonville where her husband grew up. Her world got turned upside down when her son was born with a severe cleft lip and palate that went undetected during her pregnancy. She wants to use her son’s journey to encourage others to embrace the unexpected and to know they are equipped to be exactly what their child needs.

Photos above by Christina Karst and Michelle Mancuso.