Sitting in my car in the hot, dirty parking garage, hands shaking, I looked down at my phone and pressed my husband’s number. He answered immediately.

“Well, how was it? Was there a heartbeat?”

I stared at the silent my phone in my hand. I’ll call you back? When? In five minutes? When you’re not operating a large moving vehicle in heavy traffic? After you drop off our six- and two- year-olds? When you’ve reached the closest international border? Never?

Nine months from that phone call our family would double. I’d always wanted three kids; dreamed about three kids since I was old enough to want a family. And there we were, having four. Suddenly all our plans were thrown off track as we thought through adding not one more baby, but two to our family.

As my baby bump got larger and people learned we were having twins, and I’d sometimes hear “Well, four is the new two! Congratulations!” Was that true? When did that happen? No one told me! I started counting one day and realized I knew or knew of almost 20 families with four children. If we all got together at a giant Four-Kid-Convention, there would be 80 children. Eighty was twice the size of my high school graduating class (small town girl). Slowly I began to realize maybe four was the new two, although we were still overwhelmed at the thought of four college educations.

When I became noticeably pregnant people would ask me “Do you know if you’re having a boy or a girl?” I enjoyed the slow, dawning realization on their faces when I answered “Both,” with no further explanation. When it clicked they’d exclaim, “You’re having twins!” while eyeing my busy almost-three-year-old and seven-year-old screaming or wrestling in the check-out aisle.

Then came the inevitable, “Wow. You’re going to have your hands full.” Now there are three ways someone can say this to you, no matter how many kids you have:

Then our two became four, and we became a family of six. We learned the hard way quickly that four kids means a lot less time for our marriage, one on one time with each child, money, and parental patience. Four kids means a lot more cleaning up, doctor’s appointments, grocery shopping, drying tears, piles of laundry, spilled formula, hitting, squabbling, missing pacifiers, crying – someone is always crying – and plastic crap all over the house.

But there is something else you often hear with four kids, including a set of twins:

On bad days, hearing this makes me exhale, be silent for a moment and be thankful for the reminder. On good days, I just agree. Four kids is more kisses, more hands to hold, more hearts to mold, more minds to shape, more giggles, tickles, snuggles, and hugs.

Yes, I’ve got my hands full, thanks for noticing! But, by the way, so is my heart. 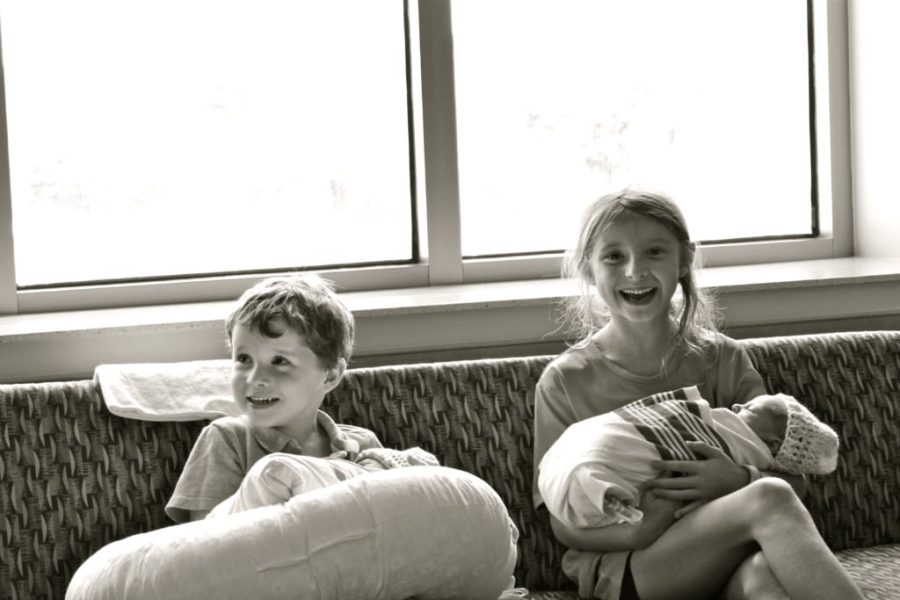 How the NICU Changes You