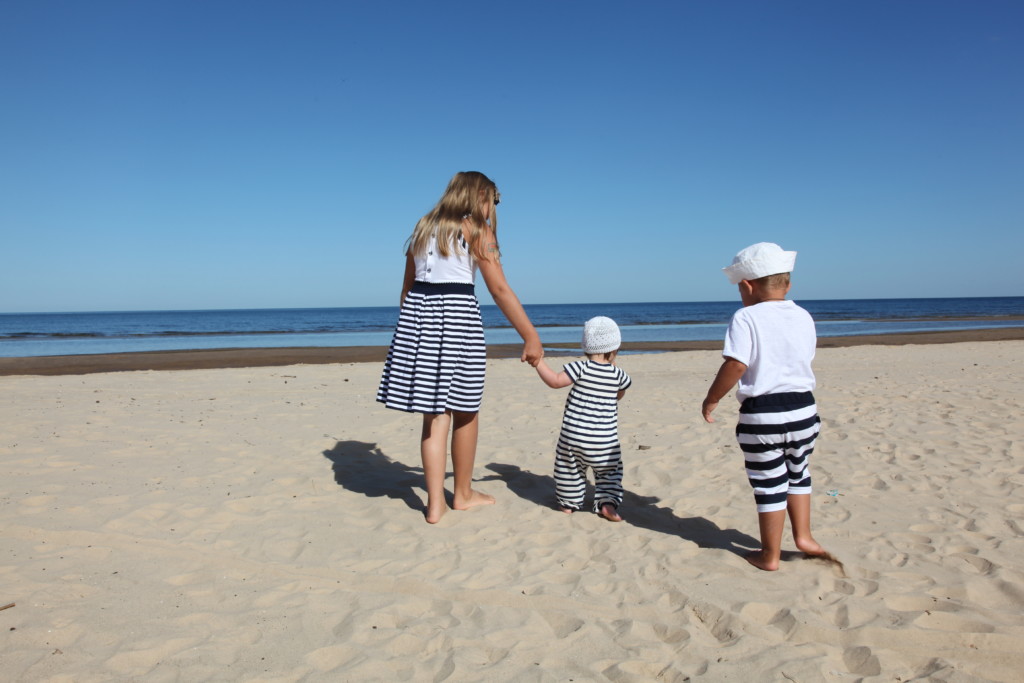 After years of trying to conceive, we’re pregnant. One of the many things I am worried about is the age gap between my first and the new baby due in the spring. If all goes as planned, they will be almost seven years apart. I would prefer they be closer in age, like my brother and I who are four years apart. The spacing seemed to have worked well for my parents.

Many families are fortunate to be able to choose when they want to have children, and next thing you know, the stick is positive just like they had planned. For others, who may have trouble conceiving, it’s not an option. You’re just happy to be pregnant even if it’s not how and when you thought it would happen.

I honestly don’t know if there is a magic number in the sibling spacing equation. But, I do think there are many pros and cons for both those closely spaced children versus those spaced further apart. I’ve asked many parents their take on this and here’s what I’ve concluded.

I think these siblings would love having a full-time playmate and are still too young to exhibit sibling rivalry. I believe it would probably more difficult on the parents in these earlier years, given the intense needs of toddlers and babies. Everything is doubled — diapers, trying to sleep through the night, potty training, etc. But on the other hand, you’re in the thick of it and can condense all of the sacrifice and work that go into raising two young children into one time period and knock it out without much time in between the Herculean effort it takes to raise a child. Plus, the children would likely be close from the start and share a love for many of the same things for years to come.

I know many people who fall into this category. Moms start to feel a sense of normalcy after a year or so. Their bodies are getting somewhat back to normal and they can see the light at the end of the tunnel. But, the terrible twos are just around the corner. Now, they’re pregnant and exhausted from fighting with a strong-willed toddler. The kids would be close in age, and it wouldn’t be as big a shock since only a few years have passed since their last child came into this world.

This is where my brother and I fall with a four-year age gap. We were never in the same school after elementary, we were never in the same sports leagues, and he was off to college when I entered high school. I like to think this might be the magic number of years between siblings. For one, you get four or five years solely focused on one child. I think that benefits both parents and the child. You’ve been out of diapers for a while now, your child is pretty self-sufficient and will be entering school soon, which means daycare or childcare costs, if you have them, reduce drastically. On the other end, as you finally find your groove and things are easier than years’ past, the thought of starting over may be daunting for some families.

This is where my family falls now that we’re expecting again. I try to think back to when my son was first born, and it’s foggy. Maybe that’s a good thing because it does scare me to think about starting over. We are like a well-oiled machine now with work, school, after-school activities, evenings and weekends. It’s easy to get out of the house on time because my son can dress himself, brush his teeth, feed himself, etc. We’ve had such amazing quality time with my firstborn. He has had our undivided attention for over six years. Now, he will have to learn to share the spotlight, which will no doubt be an adjustment. But, I think he’s old enough to handle it. He won’t have to share his toys or video games for years to come. He can still be active in sports and after-school activities, we may just not be on time now. We will all have to adjust to napping again, which isn’t the worst thing in the world. And, I am thankful I will have another capable pair of hands to grab a diaper from the other room or a bottle out of the fridge. Not to mention, we won’t have to worry about two teenage drivers on the road at once or have two college tabs to pay for on top of the other. I’m trying to see the positive in the seven-year age gap, though I realize they may not be very close as children or hang out with the same friends, or like the same things. But, it could be much worse.

There are obviously many factors that come into play when planning or even thinking about having another child. Finances may affect your decision. Your age may dictate the ability to have another child or the timing of trying. There may be other things going on in your life that might influence your decision.

What is best for you and your family, may not be the best time for your sister or your best friend. And that’s perfectly okay. If you’re fortunate enough to be blessed with more than one child, this can be a tricky question to answer. I don’t know if there is a perfect answer.

If you have experienced multiple children across the span of a few or many years, what’s your opinion?

5 Common Breastfeeding Mistakes I Made As a New Mom

A Skeptic’s Review of Hypnobirthing