By simple definition, eczema can be described as “a group of conditions that cause the skin to become red, itchy and inflamed.” But what it really should say is, “The disease by which will grant you sleepless, angry days and nights of despair and hopelessness while trying your damndest to stop your beloved child from tearing his/her skin off.” Three and a half years ago, that person surviving that debilitating pain was me. It was my husband.

Our sweet boy had just turned 5 months old when we noticed he’d begun to develop strange patches of red on his perfect neck and flawless face. We were brushed off as it being a “normal” unidentified baby rash that would eventually go away; except for the next three blurry years it didn’t. It just got worse and worse until changing bloodied crib sheets every single morning became a part of our daily routine. We were first-time parents who didn’t know what else to do other than try every eczema trick and remedy under the sun and pray with every ounce in our bodies that he would indeed someday “grow out of it.”

Those days, months, and years of darkness robbed me of what should have been my most precious memories of my sweet baby. Instead of fondly reminiscing over his first birthday party and how he ate watermelon in the yard, all I can remember is how his eczema flared so badly afterward that he looked like a sad, red and swollen little butterball. While other mamas around me endlessly snuggled their babies and plastered their cheeks with kisses, I had to be careful not to even touch my darling boy’s face, lest his fragile skin were to react to my touch or worse yet, begin to bleed and weep as if it were straight out of a horror movie.

As he got older, the patches of pain only worsened no matter what we did or used. We had tried dozens upon dozens of remedies to no avail. This continued until this awful monster of a skin disorder consumed almost every part of his little body. It wasn’t until the spring of 2016, just months before his baby sister was born, that we were put in touch with a complete stranger who had lived our same painful story and who desperately wanted to help us. At this point, I was very pregnant with an almost 2-year-old still sleeping in our bed because he could. not. stop. scratching. We had nothing to lose!

As blessings from above would have it, this stranger would become one of my nearest and dearest while also introducing us to the doctor who quite literally saved our lives: Dr. Richard Aron. Prior to beginning Dr. Aron’s heaven-sent regimen, we had tried every “eczema” branded product known to man. You name it and it was on our list of what hadn’t worked and that included every and all pieces of unsolicited advice from anyone who thought that they knew better than us. From the sideways glances cast on us in public places, to the acquaintances who thought they were being helpful, to the people who could do nothing except rudely stare, all added to our pain. We literally had nothing to lose by trusting a doctor who had healed so many others before us. The simplest form of “magic” in it is that he creates a one-of-a-kind prescribed mixture tailored to each and every one of his patient’s individual cases that starts off with 4-6 applications a day, and then the patient is slowly weaned off of it in hopes of achieving remission. Our strong boy is one of thousands who have responded to this treatment. He no longer uses this “magic cream” as we like to call it in our house because this dreadful condition is, in fact, in remission.

The irony is that after all is said and done, the greatest lesson I have learned from those trying years is to have tougher skin. In a time where skin health (and sickness) ruled our lives, I needed to grow tougher skin to do what I know in my gut is right for my children. Tougher skin to stay the course when the rough somehow gets rougher. Tougher skin to ignore the inevitable judgment shed by all of those around us in a day and age where social media allows it. Tougher skin to brush off unsolicited advice from passersby who have no idea what is going on in our lives. My son doesn’t like seeing pictures of himself from those awful, dark days, but he always stands a little taller when he remembers how far he’s come and I have to admit, so do I. 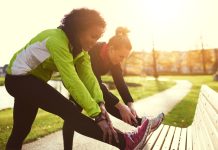 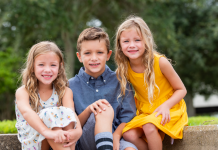 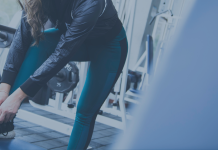 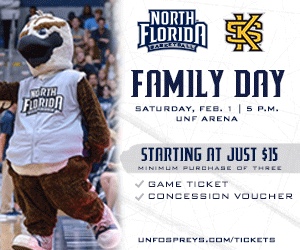