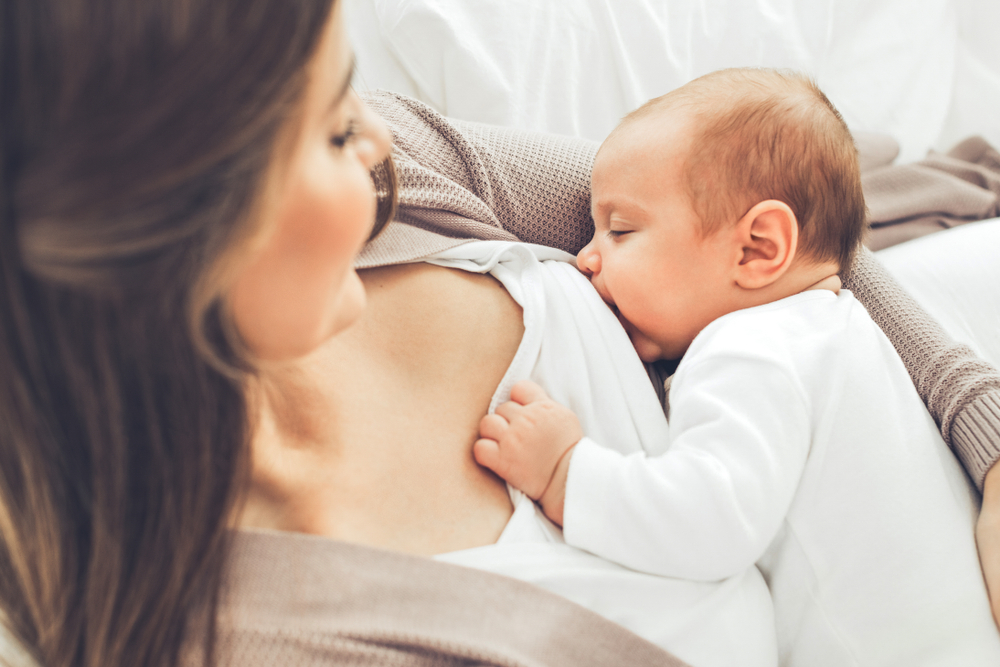 Leave it to me to find the most obscure and bizarre postpartum affliction available. I hadn’t a clue that D-MER was even a thing until it happened to me. Oh, what’s that you say? You’ve never heard of it? You’re in good company because basically 99% of the population hasn’t either. Who has ever heard of depression when breastfeeding?! Well now I have, so let’s chat about D-MER, or Dysphoric Milk Ejection Reflex, including what it is, my experience with it, and what can be done about it.

I am not one of those mommies who loves breastfeeding. With my second daughter, it wasn’t nearly as painful as it was when my oldest was born, and I still didn’t love it. I was fully prepared to go straight to formula the second time around, which of course basically guaranteed that all she wants to do is breastfeed. The child literally gagged and puked the first time we put a bottle in her mouth. SO, back to the boob we went.

My daughter was about a week old when I noticed myself dreading feeding her for reasons other than just the basic human reflex of not wanting to put your nipple in a vice grip. When I thought about the “why” of dreading it, I realized that within the first minute or so of her latching, I felt terrible. Not physically… mentally. I felt nearly instant feelings of depression and despair. What tha?

For a few days, I thought it was a coincidence. Surely the two were not related? I was terrified that I was starting down the terrible road of postpartum depression or PMDD again. But alas, within a few minutes of feeding her, I felt completely fine. Even more WHAT THA?

Finally accepting that this was no coincidence, I referenced the almighty Google and got my answer. I was not crazy. Well, yes, but not for thinking that breastfeeding and instant feelings of hopelessness were related. I couldn’t believe what I was reading.

Dysphoric Milk Ejection Reflex (D–MER) is an anomaly of the milk release mechanism in lactating women. A lactating woman who has D–MER experiences a brief dysphoria just prior to the milk ejection reflex.

The long story short is that in order for milk to let down, oxytocin, prolactin, and dopamine levels in your brain move all around. Dopamine prohibits prolactin (which releases the milk), so when your milk lets down, dopamine drops. In women with D-MER, the dopamine level drops too far, causing emotions including despondency, anxiety, and aggression.

In my case, I felt really sad, hopeless, and depressed. And restless. There were times when I had an overwhelming urge to set the baby down and run outside. Then in five minutes, it was over and I felt 100% normal. CRA. ZY.

In reading more about it though, there are women who have literal panic attacks when their milk lets down. Some even feel extreme aggression toward their baby. Y’all that’s intense. One of the things that was so upsetting to me about this crazy condition is that most women who have it, have never heard of it and don’t connect the dots between breastfeeding and those feelings. They just spend months and months thinking they’re going nuts. That’s no way to live, especially when you’re caring for a newborn.

So, what can be done about D-MER?

Well. Basically nothing. There is no medication — at least not one that would be safe to take while breastfeeding, (insert ridiculous level of irony here) — that works for D-MER.  The phrase Dysphoric Milk Ejection Reflex was coined only a mere 15 years ago, and because it affects such a small percentage of lactating women, there is not a huge awareness of it, which is unfortunate since awareness, education, and understanding are basically the only “treatments” for this condition.

What did I do about D-MER?

Fortunately for me (and unfortunately for my boobie-loving daughter), my milk production was basically nonexistent anyway, so it didn’t make sense for me to keep forcing breastfeeding, and I started weaning her shortly after I realized what was going on.

For mamas who have a good supply and a strong desire to continue breastfeeding though, D-MER is devastating. Imagine wanting so badly to bond with and feed your sweet baby one second, and then having feelings of aggression toward her the next. Not ideal.

If you have suffered from acute depression when breastfeeding, please know that you are not crazy — and how you’re feeling is real.