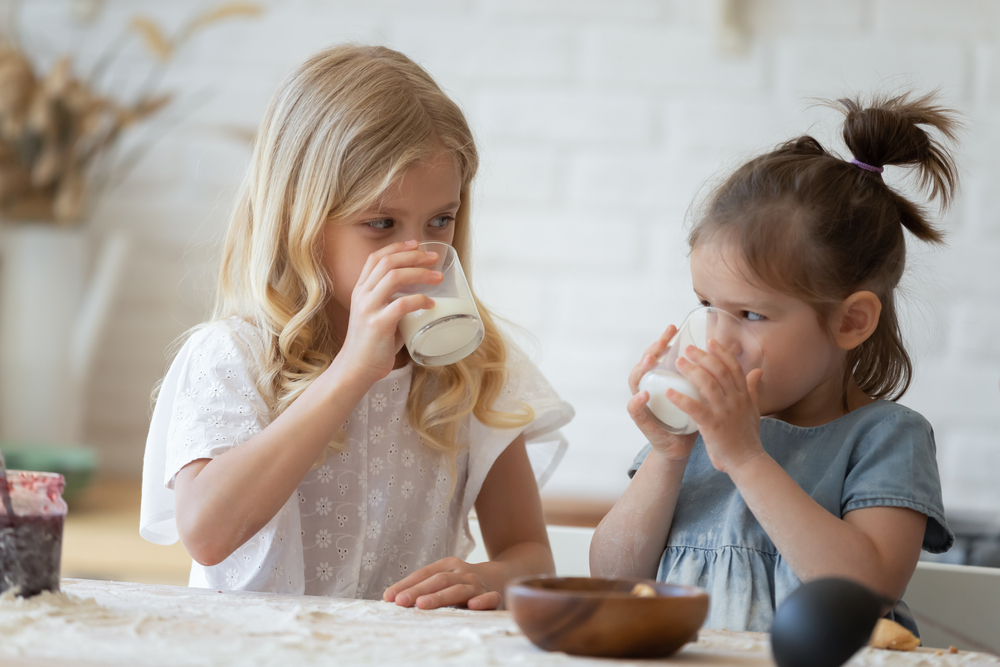 “I don’t like it.” “It looks gross.” “I want something else to eat.” Sound familiar? It’s heard in my house way too often from my picky 2- and 9-year-olds.

When I was a kid, we ate what Mom cooked, or we didn’t eat. I remember it like it was yesterday. Sitting at the dining room table with a plate full of meatloaf in front of me, a giant puddle of ketchup nearby, and an untouched fork. I loathed meatloaf, yet my mom continued to make it. Maybe it was easy to make after working all day as a travel agent. Maybe my brother would eat it. Maybe she liked to torture us (just kidding). I don’t know why we had to have meatloaf, but I wasn’t getting up from the table until I ate it. I spent many nights at the table until bedtime, only to go to bed hungry with nightmares of more meatloaf.

Fast forward over 35 years and my kids are just as picky as I was, and I have never served them meatloaf. My 9-year-old’s palate is improving, and he’s at least willing to try more foods these days. My 2-year-old used to eat anything you put in front of him. And now he takes a hard pass on just about everything. Some nights, we find ourselves making three separate dinners. Some nights, it’s just not worth the fight.

My older one doesn’t like cheese. Yes, that means he doesn’t eat grilled cheese! What kid doesn’t like grilled cheese?! The younger one loves cheese. The older one loves egg noodles with pasta. The younger one won’t even look at pasta. And we’re Italian! Some nights, we get lucky and the kids will eat the same thing… meatballs. They eat a lot of meatballs. And we manage to hide veggies inside so it’s a win-win! How many nights can you serve meatballs? Asking for a friend.

Research shows that kids need to try foods MANY times before they know if they like them or not. I try to be stern and ask them to at least try it. If they don’t like it, they don’t have to eat it. Sometimes it works. And if all else fails, I offer it with ranch dressing. Because let’s be honest, ranch makes everything taste better.

Here’s a sample of our most-loved foods that three out of four of us will eat. Spaghetti, chicken and rice, pork chops and pasta, flounder or fresh fish, hamburgers, chicken quesadillas, Crock-Pot chicken, tortellini soup, steak, and tacos. We don’t eat a lot of veggies. I honestly only like 6-7 vegetables, so we are pretty limited there. We do eat a lot of the same things which gets old sometimes. I guess I should be happy we have these options to choose from, but it would be nice to add some new meals to the rotation.

What are your go-to meals as a family? How do you get your picky eaters to eat? Let us know in the comments.

Educate, Ignore, Unfollow, Block and Other Advice for Early Intervention