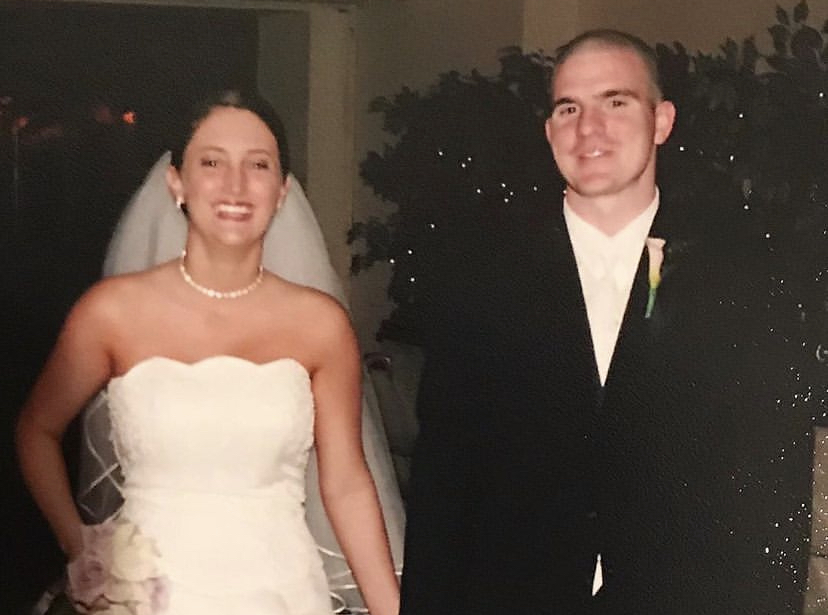 It was not just one thing that broke us. Like the weakening of a home’s foundation, it was a collection of events, neglect, and eventually refusal.

We were just babies in 2000 when we met, ages 17 and 19 at my work Christmas party. No one could tell us anything. We connected over sports, being raised by single moms, and the independence we both so desperately sought out as we entered into a new season of life… adulthood. We navigated five years of college together, working full-time and supporting ourselves through what we thought would be the most challenging years of our lives. We were wrong. So very wrong.

We did everything in the order society told us it was done. Go to college, get married, buy a house, and have a baby. Two homes, two babies, two cars, and two careers later we thought we had made it. We were living the American Dream. What we failed to do was prioritize ourselves, each other, our marriage, or the vows we took. Two becoming one didn’t mean much when every other friend and family member’s opinion lived rent-free in our heads. 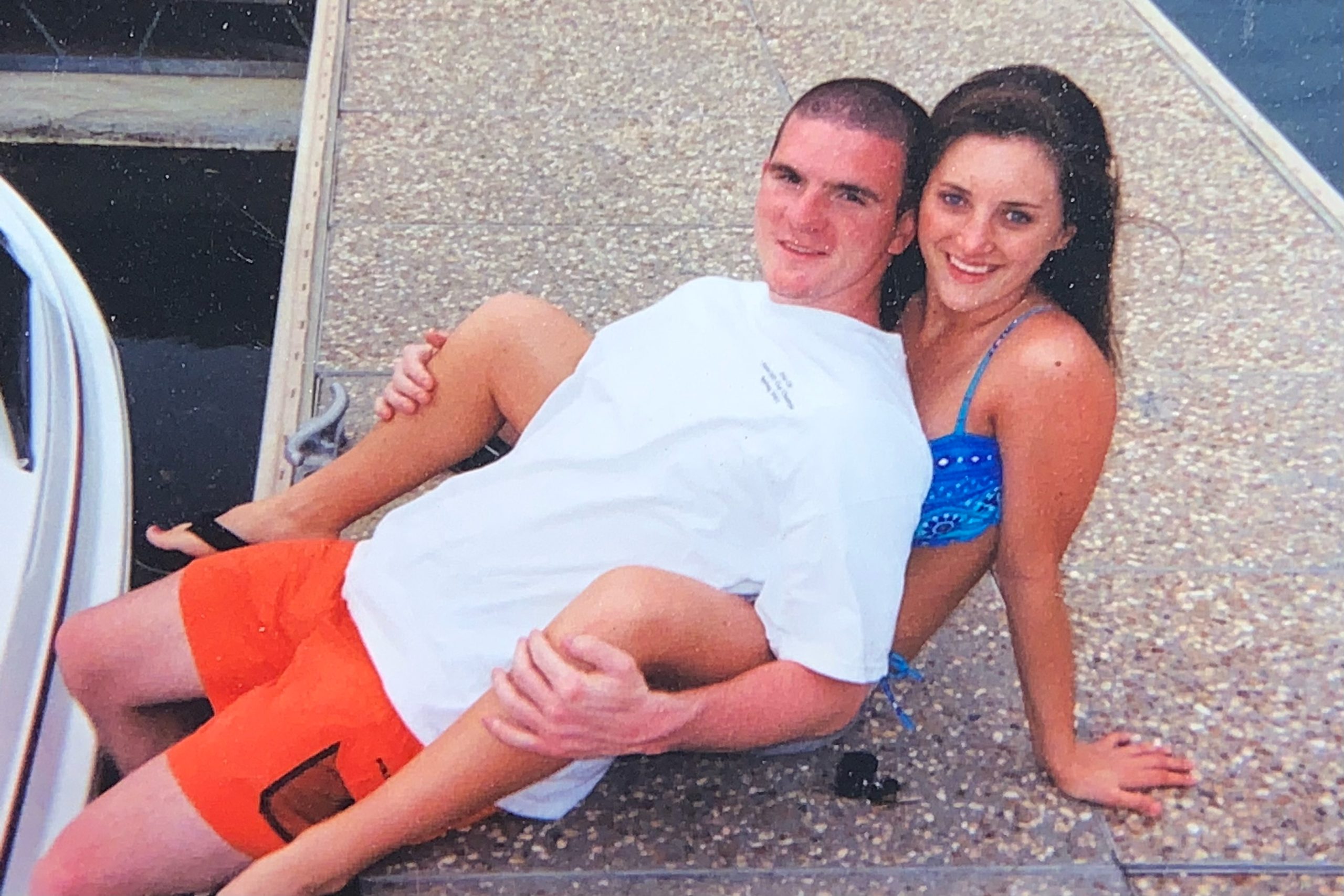 We did your typical “trial separation,” which only did one thing — it separated us. It allowed every single influence to gain even more power over our marriage. We lost sight of every single thing we loved about one another. The distance grew, the anger grew, and the hurt and resentment grew until the point we simply couldn’t find common ground anymore.

In October 2011, I called it. We both knew what it meant to live in broken homes with broken parents, and divorce gave us a fighting chance of saving ourselves, our daughter’s childhood, and any chance we had of co-parenting in a healthy environment. We now know it wasn’t necessarily what we wanted, but rather what they deserved. In January of 2012, in a Kaufman County courtroom, what began as the greatest adventure ended as the most devastating loss.

It was at this time, for the first time in 10 years, that we lived our lives separate from one another. I moved to Gainesville for a teaching position, he took residence in Jacksonville working in the mortgage industry. I immediately dove into church and therapy, he found a local church home and buried himself in work. At every exchange, we had a family meal, committed to putting our issues aside so our girls could see the love that brought them into this world. We did this for months, drowning in the grief and resentment that often consumed us, we put one foot in front of the other. My prayer, softened hearts. His hope, peace and acceptance.

I can’t pinpoint the moment it happened, but somewhere along month eight, we found it. A common ground. We loved our girls, and we loved each other enough to focus on the relationship they deserved. Right as we found our stride, tragedy struck. In October 2012, our second daughter was admitted to the hospital for five days. He didn’t hesitate to drop everything, staying by our side every minute of every day we spent in that hospital. For the first time in a LONG time, we talked… we laughed… we told our girls of so many stories of our past. Through time, space, and therapy we were, simply put, at peace — 1,000 miles away from every voice that had ever focused on “he said/she said” or “you deserve better/he deserves better,” and living a life we had always dreamed of… except, we were apart.

It was on day five that he took a risk, a risk I will forever tell our children, grandchildren, (and I pray) great-grandchildren about. He asked one question that changed the trajectory of our lives: “Can I take you on a date?” A date that turned into Thanksgiving dinner, that turned into Christmas break, that turned into New Year’s Eve. A date that we kept secret from our whole world, including both of our daughters. We took it one day at a time, using the tools we acquired through time, space, therapy, and grace. We set new boundaries, communicated more honestly, listened more gracefully, and grew into a newly defined beginning. In March 2013 (on our original anniversary), we committed to doing life together but differently this time. We wake up every single day choosing this life, living it our way, and refusing any voice that attempts to deter us. 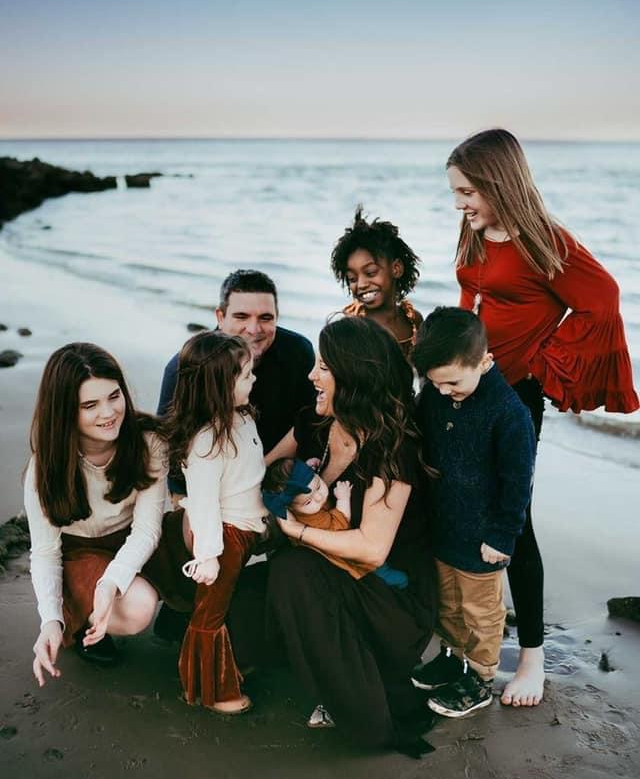 Marriage struggles are not unique, friends. We all have them, we just don’t all talk about them. They’re not taboo, there is no shame in admitting them, and there is something magical that happens when we are willing to share them out loud so others can grow through them with us. If my sharing our darkest and hardest moments helps shine a light on the path through yours, then THIS LITTLE LIGHT OF MINE, I’M GONNA LET IT SHINE!

Need a listening ear? Want to hear from someone who’s “been there, done that”? Find me on Instagram at @Motherhood.GoneWild. You’re safe here. 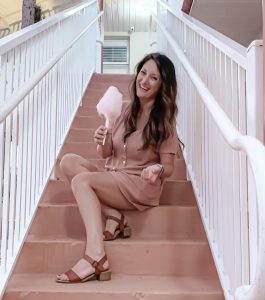 Nikki Clowers is a self-proclaimed “Mama To All.” She is known to turn heads everywhere she goes as a mother of eight amazing humans between the ages of 1 and 16. Nikki was born and raised in East Texas where she met her high school sweetheart (Kelsey) in 2000, transplanted to Jacksonville in 2012, but not before moving to China for a year in 2011. Together, she and her husband have built their family through biology, adoption, and foster care. Nikki was an elementary teacher for 10 years, a social worker for 2, a birth doula since 2017, and is currently an office coordinator and social event planner for a local medical/cosmetic practice. On any day of the week, you can find her at a kid’s soccer practice, dropping off a kid at theatre rehearsals, coaching a kid’s softball game, or in a school pick-up line. Date nights often include tacos and margs, live music, and Netflix binging. Nikki is passionate about family preservation, foster care advocacy, holistic wellness, DIY home projects, suburban homesteading, travel, and women building up women.

Life After I Do: The Truth About Marriage

‘Coming Out’ Happens More Than Once