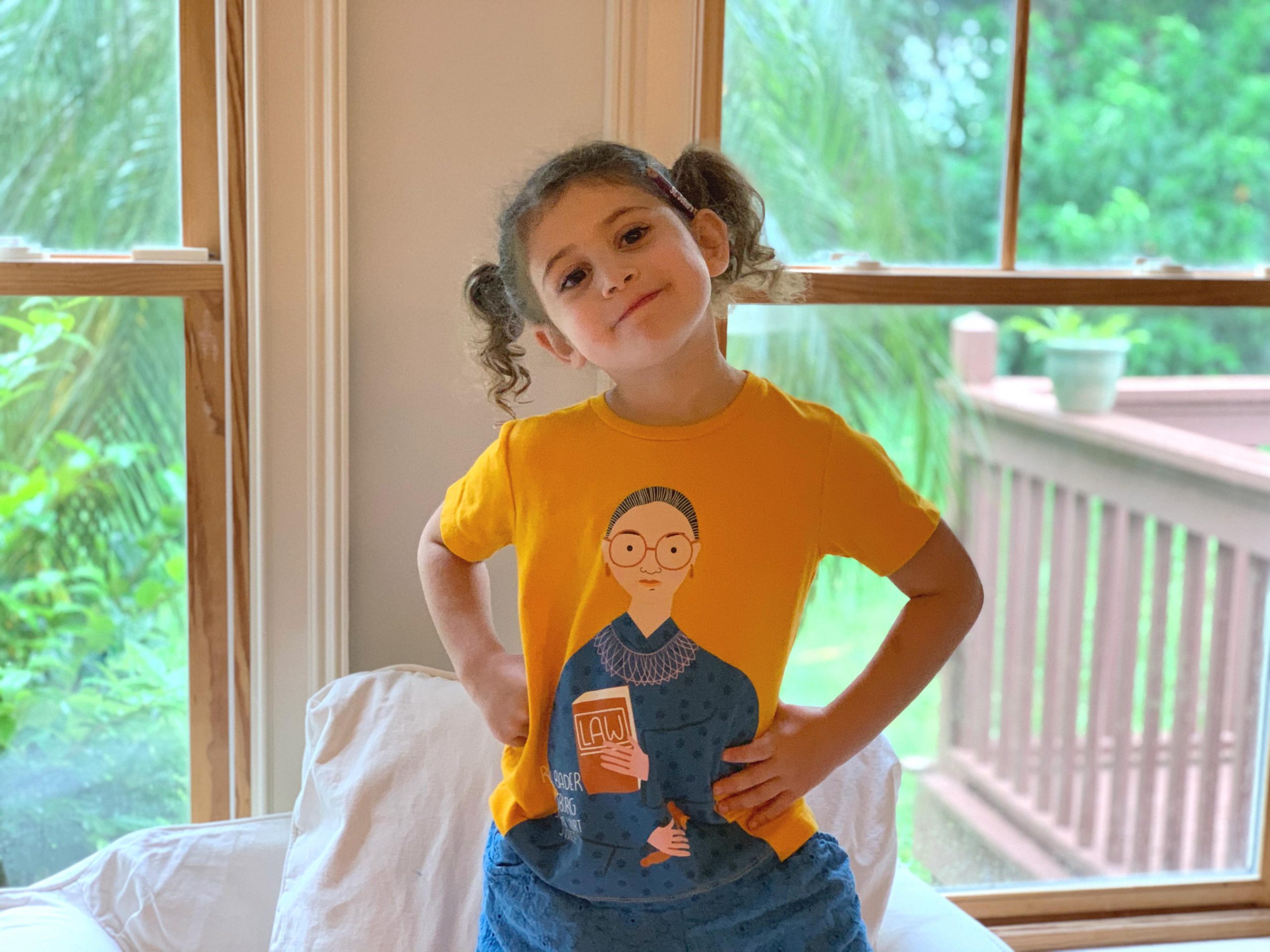 U.S. Supreme Court Justice Ruth Bader Ginsburg died yesterday, and in a terrible year of terrible years, this was really just the bitter icing on an already spoiled cake. Whether you agree with her politics or not, the truth cannot be denied that she has changed the lives of American women for the better, and that of our daughters and granddaughters. As fascinating as her brilliant professional life is, the anecdotes of her as a parent, wife, and mother, are the ones I am most inspired by and read with the greatest respect and sadness.

A woman who graduated at the top of her high school class the same week her mother passed away. A woman who was only one of nine others in her Harvard law school class of more than 500 men — who had a toddler, a husband sick with cancer, and still graduated with outstanding grades. She did what any of us would have done — as mothers, as wives. She sucked it up, and she got it done. She took care of her child, her husband, and helped her husband with his own legal studies. “At about 2 a.m., he would go back to sleep,” she once shared during an NPR interview. “Then I’d take out the books and start reading what I needed to be prepared for classes the next day.” She actually even credited her success in law school to being a mother in her book My Own Words. “Work-life balance was a term not yet coined in the years my children were young… My success in law school, I have no doubt, was in large measure because of baby Jane,” she shared. “Each part of my life provided respite from the other and gave me a sense of proportion that classmates trained only on law studies lacked.”

Anyone else waited until it was practically impossible to hide it anymore to share a pregnancy with your workplace? (Raises hand.Twice.) RBG did the same with her second child in 1963 to ensure her teaching contract would be renewed before she told them she was expecting. How many of us wish that still didn’t have to be the case, as we battle morning sickness in the bathroom at work and get to the office happy hour 15 minutes early to be sure to get a non-alcoholic fake vodka tonic before anyone else offers to get us a drink? And we kept our jobs — she lost hers because she got pregnant with her first child. And yet we still feel we have to do this in 2020, even with all she’s accomplished for women’s (and men’s) rights.

“The words of the 14th Amendment’s equal protection clause — ‘nor shall any state deny to any person the equal protection of the laws.’ Well that word, ‘any person,’ covers women as well as men. And the Supreme Court woke up to that reality in 1971,” Ginsburg once said. And yet here in 2020, the rest of the country is still trying to catch up to “any person.” We have come a long way since 1971, but we still have a long way to go. It scares me to think where we would be without the groundbreaking work she bravely took on. To whom much is given, much is expected. And RBG delivered. “Today, more than ever, women starved for models of female influence, authenticity, dignity, and voice hold up an octogenarian justice as the embodiment of hope for an empowered future.” (Dahlia Lithwick, The Atlantic, 2019)

RBG once paid tribute to her mother with the following, “I pray that I may be all that she would have been had she lived in an age when women could aspire and achieve and daughters are cherished as much as sons.” My own two girls will grow up in a world that is much closer to the world Ruth Bader Ginsburg described in her tribute because she herself helped to shape it. For every advantage my girls will have that women who preceded them did not, I’d like to say thank you. Thank you, Ruth Bader Ginsburg, for proving to men and to women themselves, that the world can be made a better place, and we — as daughters, mothers, and wives — can be the ones to make it so. Rest in peace.

How to Be a Badass Boss Babe