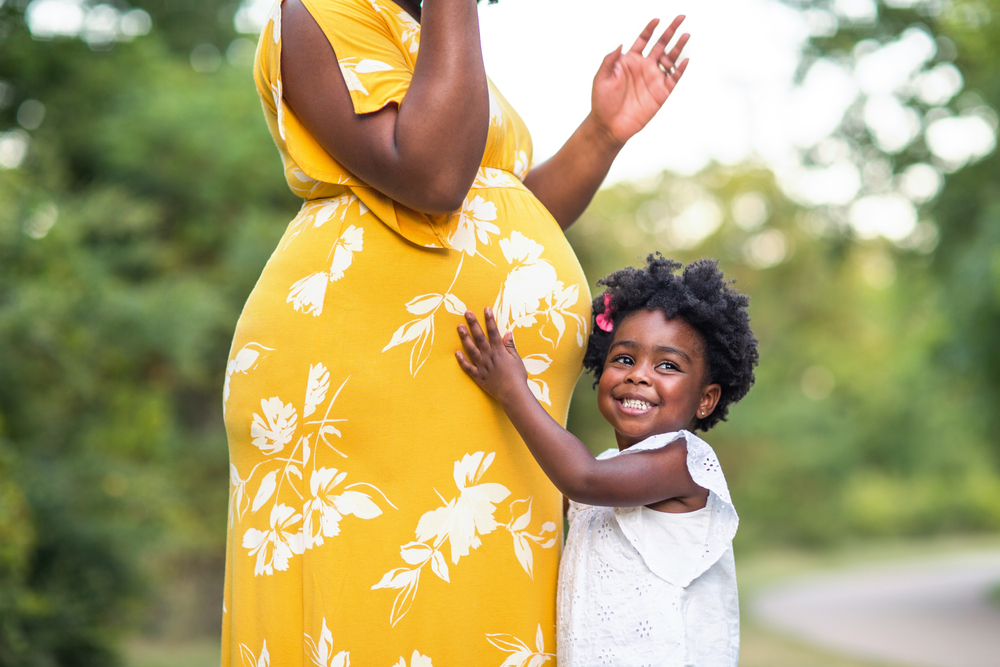 Mason, my 4-year-old, had 99 problems — but a sibling wasn’t one. That was until December 24, 2020, rolled around. My husband and I sat him down and told him he was going to be a big brother. I was nervous about how he would take the news. Fortunately for us, he was so excited.

Oftentimes we tend to focus on getting ready for the new baby’s arrival in the home — meanwhile our firstborn has no clue how drastically their life is going to change. Even though Mason was excited about the baby news, I knew, if not handled with care, resentment and fits of jealousy would rear their ugly heads. With that being said, I made it my mission to help Mason transition to his new role as a big brother. Being promoted to big brother is such a joyous occasion that I wanted him to celebrate it like any other fun moment. Here are some ways I included him in the festivities.

In my baby registry list, I allowed Mason to choose some of the baby clothes and toys to put on the registry. I wanted him to feel just as included. I also snuck a few things in there that Mason would love and purchased them later myself. As I was opening up new baby gifts from friends and family, Mason was able to open up his anonymous gifts right alongside me. The smile on his face helped ease those pesky Braxton Hicks I was feeling that day.

Mommy and Me Date Night

Every other Friday night, Mason and I carved out time for just the two of us. We either go out for dinner or stay home all snuggled up watching our favorite movies. We started doing this a couple of months after telling him he was going to be a big brother. Those shared times are my favorite, although they can be bittersweet. I get to see and hear how much my oldest has grown and matured. And we still have our date nights! I started this date night because I also wanted to create a safe environment for him to express his feelings because you have to expect a series of emotions from your oldest. Once those feelings get sorted out, the faster we can move to loving and accepting our new family dynamic. Don’t get me wrong, there are going to be times when it’s easier said than done. However, just keep in mind that this is new to him/her as well as it is for you. Don’t forget to show compassion and empathy. Let them know that you understand it can be hard being the oldest, but they’re doing such a great job at it. Be sure to throw in “I hear you” because it goes a long way.

The last week before the baby was born, I took Mason to Target to pick out as many toys as he could fit into his small shopping cart, in honor of getting a new baby brother. This was his moment that he didn’t have to share with his pending baby brother.

Lastly, the role of the older sibling is uncharted territory. Every child will need to make an adjustment when their time as the only child is up. It’s up to us as parents to help guide them through the uncertainties. As we celebrate a new addition to the family, be sure to include your firstborn who made you a mom in the first place.