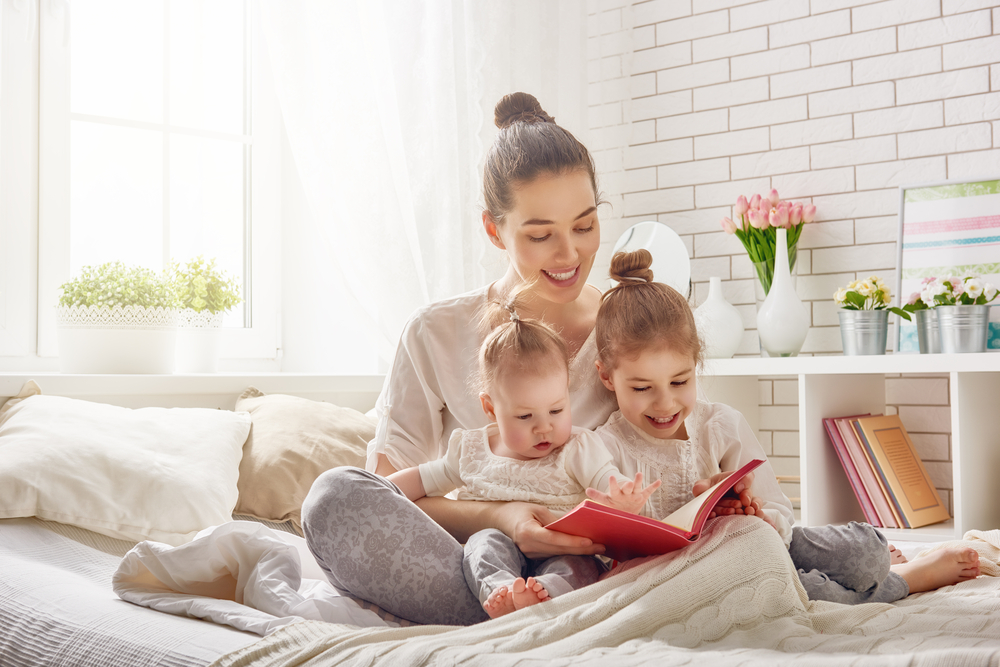 Becoming a mom was the most life-altering, paradigm-shattering thing I’ve ever experienced. The birth of my first son broke apart my world and everything I knew about myself. It took me over a year and a half to put the pieces back together. When the puzzle of my new life was finished, we’d moved from Virginia to Florida, my husband had started an entirely new job, and I had gone MONTHS with 45 minutes of sleep at a time. We had survived reflux, colic, and a baby who refused to be put down. I had personally survived bouts of postpartum anxiety, a shift of identity, and figuring out the loss of personal autonomy.

Given the world-rocking experience of our first child, my husband and I were nervous when we found out I was pregnant with our second. We heard dire warnings about how adding a second was harder than adding the first. I had no rose-colored glasses this time about how it would feel to be a 24/7 All-You-Can-Eat Milk Buffet. We were pessimistic about how our toddler would handle it.

Our second son arrived dramatically five weeks early, after 48 hours of labor (I plan on bringing this up every birthday for the rest of his life). His early arrival meant a NICU stay. My vision of hours of skin-to-skin and a lovely first latch were shattered, finding myself alone in recovery all day and night with no baby, just an unforgiving breast pump.

We got through the five days in the NICU. It was so hard to see my tiny, premature baby hooked up to wires and tubes, struggling to learn to breathe and eat and stay warm. Time stood still, as we listened to the incessant beeping of the monitors and the occasional alarm and counted the brief minutes we were allowed to hold our baby.

I had worried so much about handling a baby the second time around. But everything we’d gone through with our first had been making us stronger. I was able to focus on what needed to be done (pumping, pumping, pumping… all night long), advocating for my baby, and (mostly) holding it together.

I wish I had known how much each struggle along the way had already shaped us, and that all the worry in the world can’t prevent something from happening. But as we figure out how to navigate life with two, I know our road ahead is going to be bumpy. There will be moments where I and the kids may cry in the Bay & Bee bathroom, when I won’t know how we’re going to make it through the next two minutes, let alone to bedtime. I know that it’s often the mundane struggles that can be the hardest to persevere through. But I also know that, much like strength training or weight lifting, every time we get through something hard, by grit or grace, we’ll be just a little bit tougher.

If I could go back in time and reassure my exhausted, nervous, third-trimester self, I would say, “You are so much stronger than you know. You’ve been given the grace to persevere through the hard times and develop your inner strength, and it’s there, waiting for you to draw on it.”