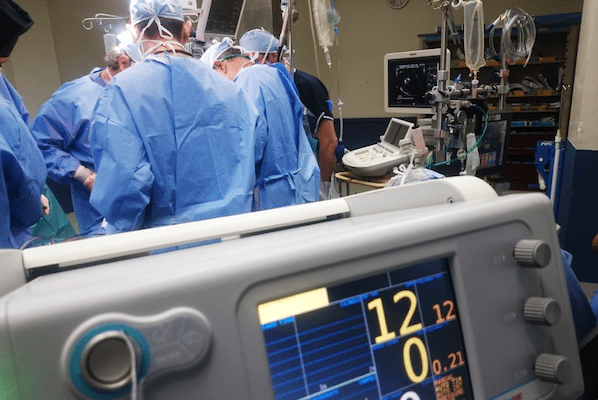 Last year, I wrote about my decision to undergo a bilateral salpingectomy — or, in plain English, to have my fallopian tubes removed. Why? Because according to the American Congress of Obstetricians and Gynecologists (ACOG), new research suggests that ovarian cancer may actually originate in the fallopian tubes, not the ovaries, and removing them can drastically lessen your chances of ever getting ovarian cancer to begin with.

Due to having a family history of ovarian cancer , this is something that is really important to me. I know two people who have had it, one of whom died. Ovarian cancer is known as a “silent killer,” because the symptoms are so vague. Many women don’t even know they have it, and so by the time it is finally diagnosed, it’s often too late. It is the most deadly of all female reproductive cancers and is the fifth leading cause of cancer deaths among women.

To put it bluntly, this cancer scares the hell out of me.

Obviously, having your fallopian tubes removed is permanent sterilization; it’s a big decision to make. But I have five children. I felt like I was done after baby number five. I didn’t have my tubes removed specifically to avoid pregnancy, but it wasn’t really a negative, either. Still, my husband asked me over and over again if I was sure I wanted to do this. “You don’t have to do this if you don’t want to,” he kept saying. The morning I went off to the hospital, he made sure to again reiterate that I didn’t have to do this. But I was determined.

My mom came to get me at about 4 a.m., and we headed off to UF Health downtown. We had to check in, and then were directed to the outpatient surgery department. My mom was told to stay in the waiting room while they did some labs and got the IV ready, and then they brought her over to my bed. To start with, this was very uncomfortable. The outpatient surgery area, when you’re waiting to get taken back, is just one large room with beds and curtains drawn around for privacy when you need to change into a hospital gown. I was double- and triple-checking to make sure no one could see. And even after getting changed, being able to hear every conversation around me — including patient medical conversations — was a bit unsettling, but I just tried the best I could to tune it out.

I had never had a real surgery before. I have had five c-sections, which is obviously major abdominal surgery, but I was awake. I’ve never been under general anesthesia, and that had me the most nervous. The anesthesia team came to talk to me and explained that I would get Valium in my IV before they took me back, which, I was told, would cause me to forget pretty much everything. And boy, was she right; I vaguely remember being wheeled back, which I know I was conscious for. I have the faintest, slightest memory of an oxygen mask being placed over my face.

The next thing I know, I was waking up.

A lot of what happened immediately afterward is still groggy. I was so, so tired, and all I wanted to do was go back to sleep. But they discharge you quickly. They wrote me prescriptions for pain medication, gave directions for my care to my mom, and once I demonstrated that I could walk on my own to the bathroom, they let me leave. The entire car ride home, I was fighting to stay awake. I could barely function. And we were home before noon; I was shocked. I knew it was an outpatient surgery, but I didn’t expect it to all go so quickly.

The first day, I spent literally the entire day sleeping. I had heard that anesthesia can make you groggy and tired for a while, but I just slept and slept and slept while my husband took care of the kids. The next day, I got to see a bit of what the post-op pain was going to be like. The good news is, I’ve had five c-sections, so this was a walk in the park. The bad news is, I still had abdominal surgery — albeit laparoscopic abdominal surgery — and that meant that not only did it hurt, but once again, I couldn’t lift anything heavier than 10 pounds for a couple of weeks. As a mom, that’s incredibly difficult. Even my infant daughter is heavier than 10 pounds!

While the pain wasn’t anywhere near as bad as it was after having a c-section, it was still noticeable. And it was in strange new places; my belly button would, out of nowhere, begin to hurt, for example. But the pain medication did a good job keeping it at bay, and after about a week, I felt fully recovered.

Emotionally, it hasn’t quite been as easy. This was a surgery I wanted. I do not regret it. I know I made the right choice, for my health and for my family. I also don’t want any more children. But that doesn’t mean that completely destroying my fertility is easy. I’ve had dreams about babies, dreams about pregnancy. One in particular, I dreamed that I still got pregnant despite having had the surgery — even in the dream I knew I was supposed to now be infertile — but somehow, the doctors messed up, and here I was, pregnant. And in the dream, I was thrilled. I was worried what people would think, I was worried about what it would mean for my health, but I was so excited about welcoming a new life into the world. I already had a name picked out and everything.

When I woke up, it was like a punch to the gut. While again, this was the right choice to make, that doesn’t mean I don’t have any negative feelings whatsoever about it. (But then, they’re the same feelings I’ve had to wrestle with since deciding Felicity would be our last baby.) I can’t imagine I’m the only woman to be sterilized and have conflicting emotions about it.

Altogether, going through with this surgery was much easier than I expected it would be, even if emotionally, it has had its ups and downs. Still, it was worth it; it ensures I have a future with my children, and I don’t have to fear a potentially early death. I want to be able to see my kids grow up, and to see them get married and have babies of their own. And for that, I’ll do just about anything.

Free Virtual Couples Workshop: ELEVATE Taking Your Relationship to the Next Level