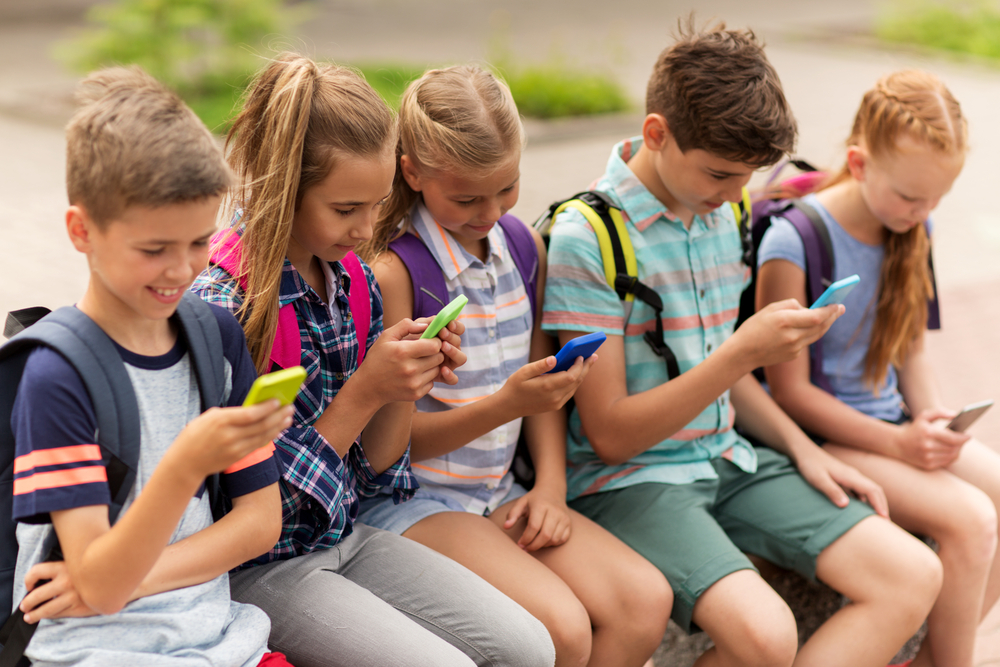 Our son is in 5th grade, and we’re in the last chapter of elementary school days. He’ll start middle school this fall, and as parents, we’re heavy into conversations about preparing for “the talk” this summer, how we’re going to best support his emotional development during the Hormone Hell era, allow more independence, and continue expanding his self-sufficiency skills. I’m already exhausted just talking about how we’re going to talk about these things because my husband and I want to present a united front. One thing I’m relieved we already agree on: He’s not getting a smartphone for middle school.

He doesn’t need a smartphone.

I’m blessed I have the luxury to take him and pick him up from school every day and take him to all his afterschool activities. His school does an outstanding job communicating with parents about test schedules and all things extra-curricular. If he needs to let me know something while he is at school, guess what they have in each classroom and at the front office that students can use with permission? Phones! When I ask him why he wants a smartphone, he vehemently supplied a CVS receipt length of reasons. Yet, not one of them was to make an actual phone call. Basically, he wants a smartphone for games and because it’s cool — love his honesty. Sorry kid, I give zero effs about raising a cool kid, in fact, I’m doing my best to raise exactly the opposite (#nerdsruletheworld). And there are plenty of games he’s downloaded on my phone he occasionally plays, under my supervision.

On the weekends and after school when he is hanging in the ‘hood or at a friend’s house, he wears a Gizmo, a smartwatch with GPS, texting, and calling capabilities to limited numbers that we’ve input. We bought this watch so he could have some independence that still provided safety measures should we need to reach each other quickly. This is what he’ll wear throughout middle school if he needs to get in touch with us during the day. 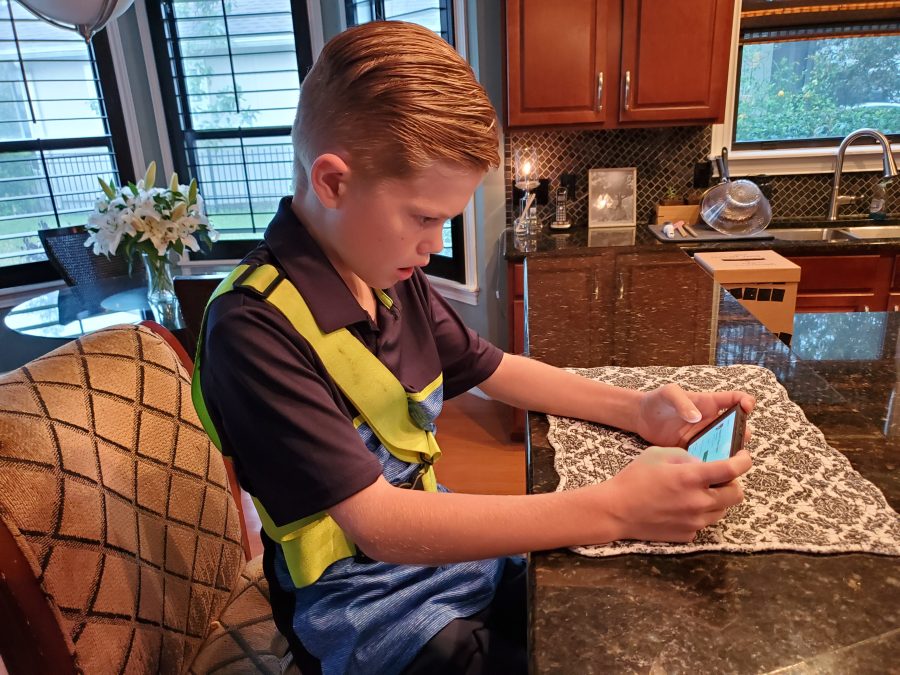 Smartphones are not only a distraction for his young brain that is already easily distracted, but they are also sucking the innocence and joy out of childhood. Technological advances aren’t always “advances,” and these devices are destroying social etiquette, killing spoken conversation, and worst of all, preventing kids from a quiet mind to just wonder. When was the last time you were driving and looked over at the car next to you and saw the kids in the backseat NOT on a device, talking to each other or looking out the window seemingly in deep thought? I know I’m old school in many ways, having blogged about traditional concepts from the ’70s we implement in our child-rearing. Conversation is becoming a lost art and no doubt smartphones are the culprit. Our soon to be middle schooler is too young to adopt the lame “just text me, don’t call me” attitude.

A friend and I were discussing my concerns about smartphones among middle schoolers, and she challenged me with the social aspect of having a smartphone. “He’ll be left out and excluded,” she said. “Everyone has a smartphone by 6th grade at our school.” I was shocked at the mom-shaming, but remained collected as I shared I’m NOT teaching him possessions equal acceptance; I’m trying to teach him that his kindness ensures inclusion as does his great sense of humor, personality, and mindfulness of others. She said he’d miss out on social activities by not being on the group text. I doubt I hid my eye roll that time and sarcastically joked he’s only 11, as are his friends and the social calendars of all 11-year-olds are set by the MOM group text, NOT the TWEEN group chat. It’s a different story with high schoolers, especially when they become drivers, I’m fully aware. We’ll deal with that when he gets to high school.

Yes, many of his friends have smartphones already.

Some of his friends can handle the screen time and don’t meltdown when it’s time to turn it off. Both parents of some friends have full-time jobs and need a way to communicate with their kids during the day for various reasons. Some of his friends have divorced parents and the smartphone provides the child comfort knowing they can always reach the other parent. I understand there are situations where a smartphone is not a status possession, but a true need, for some families. None of the stated above applies to our family. Our son has a Bruce Banner / Hulk personality when he has too much screen time, and I’m the point parent for him since I am a SAHM whose husband travels for work. I rarely need to coordinate pickups or carpooling.

There are also friends of his who have already been introduced to inappropriate adult content on their smartphones. That’s not a result of bad parenting, it seems inevitable when you place an omniscient device in the hands of curious kids. The majority of kids stumble across inappropriate content accidentally. But once they’ve seen it, they can’t unsee it. Smartphones too early are a fast track to adulthood and 11 years old feels premature for this responsibility. Data proving the dramatic escalation in depression and suicide rates among our young people in the last decade is overwhelming and research directly links this vulnerability to the use of smartphones among our youth. It’s scary enough embarking on his next chapter and anything we can do to minimize unnecessary complications, we’re going to do.

I recently learned about the Wait Until 8th movement where parents rally together and pledge to NOT give their kids smartphones until at least 8th grade. Executives of digital giants like Google, Apple, eBay, and Yahoo are leading the charge delaying smartphones for their children until age 14. The most elite of all tech giants, Bill Gates and Steve Jobs, famously raised their children tech-free. And if smartphone technology isn’t good enough for their kids, it’s not good enough for mine.

Who would like to join us in the Wait Until 8th Pledge?