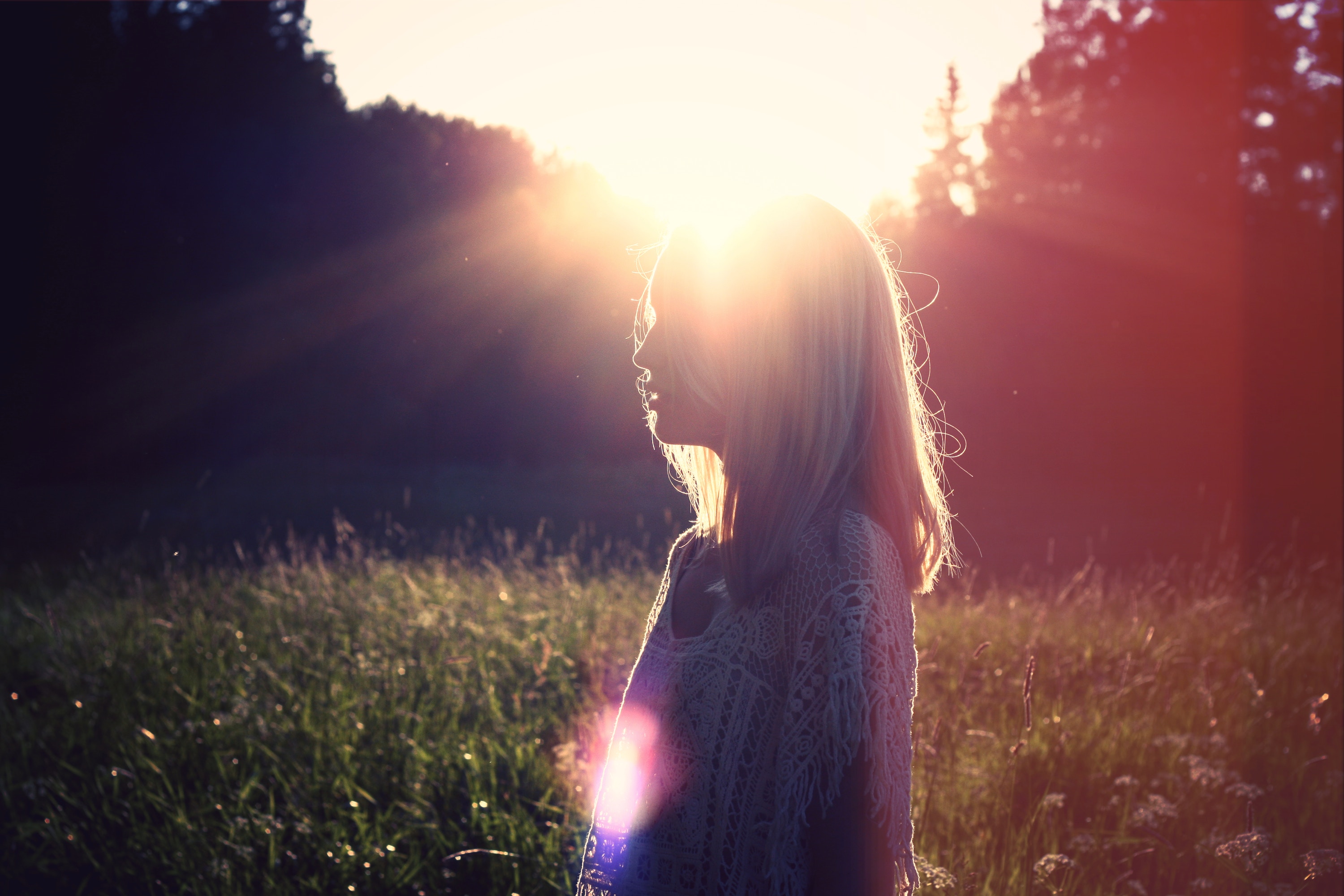 That morning, the Sunday after Thanksgiving in 2015, I woke around 6 a.m. and laid in bed considering whether I was going to take my 20-month-old for a run with me or leave him to have breakfast with his 4-year-old sister. Remembering that my in-laws were still visiting and the kids would be happier to stay with them, I decided to go alone. As I attempted to get out of bed I immediately knew something was wrong — I just felt “off.” I walked slowly down the hallway thinking that I would sit in our sunroom where we had put the Christmas tree the night before, but I never made it there. Instead, I went back to my room where my husband was still sleeping and attempted to wake him. I shook his shoulder, and as he opened his eyes to look at me I noticed he looked concerned. I kept shaking his shoulder trying to communicate with him when he finally asked me:

What I didn’t know at the time is that his worried look was because he saw that the right side of my face was drooping. In the time it took him to recognize these two things — my face drooping and my inability to speak — he became my hero. My stroke hero, that is. After all, he recognized the two major warning signs of stroke:

And that last one is exactly what he did — he called 911 immediately. 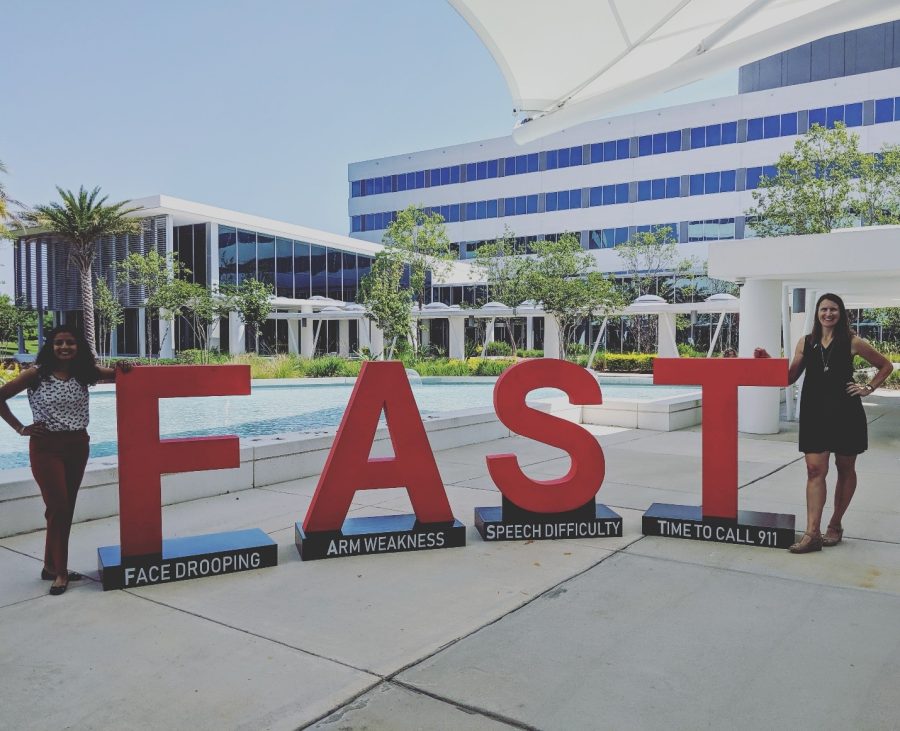 Every year, approximately 800,000 people in the U.S. have a stroke, and more of those will be women than men. In fact, stroke kills twice as many women as breast cancer each year. Some people would be surprised to know that approximately 200,000 of that total will be less than 55 years old. These women are wives, daughters, and mothers. Often they will be mothers, like me, to young children.

My son was awake by the time the EMTs arrived at the house while my daughter still slept peacefully across the hall from our room. Further tests revealed I was also having leg and arm weakness on the right side of my body, another classic sign of stroke. As the EMTs helped me to the ambulance, they made a call to the Mayo Clinic emergency department informing them they would be arriving shortly with a patient likely having a stroke.

Upon my arrival, numerous doctors and nurses evaluated me and asked me questions, none of which I could answer. To be clear, I understood their questions and could formulate responses in my mind, but I could not speak or write at all. I had an imaging test of my brain done that confirmed I was indeed having an ischemic stroke, meaning there were areas of my brain that were unable to get blood due to several blood clots. The areas affected were primarily those that control speech and motor function (explaining my arm and leg weakness). The doctors expressed their concern about my treatment options which were limited by the fact that I had a “wake up” stroke, making it impossible to know how long the stoke had been affecting my brain. In these cases, it is potentially dangerous to use the most effective clot-busting drugs. They were unsure if they could improve my speech, but informed me that the only chance to do so was to have a surgical procedure on my brain.

My husband and I were scared, but all I could think was that we had to do whatever it would take to allow me to recover my voice. I was a mother and a wife — the only things I truly cared about in those moments. I wanted to be a partner to my husband, and I wanted to be able to parent my children. I couldn’t imagine not being able to tell my husband I loved him, something I still do multiple times per day even after almost 20 years of marriage. I couldn’t imagine not being able to say my children’s names, Anna and MJ. Since they were born, their names roll off my tongue in a way that feels as spontaneous as breathing. I tried to imagine how I could be a mom, how I could keep them safe, if I couldn’t speak to them. How would I read to them at night, warn them about dangers, or tell them I loved them?

I had the surgery which involved having a very thin tube inserted into a vein in my thigh and snaked up to the left side of my brain where medicine was delivered to dissolve the clots. I spent the next five days in the hospital, three in the ICU. During that time, I had many visitors.  Everyone who came to see me asked the same question:

“How could this happen to you?”

After all, my friends and family knew how important health and fitness were to me. I had been exercising for more than 20 years and running regularly for 15. Moreover, I was professionally invested in exercise. I am a Physical Therapist with a Ph.D. in Physiology and more than a decade of research and clinical experience in the area of cardiopulmonary rehabilitation. So, I not only knew the importance of fitness and nutrition for reducing stroke risk, but I was also “walking the walk” by exercising regularly and eating well. As a result, all my “numbers” were great — my blood pressure and cholesterol were normal, I wasn’t diabetic, I was not overweight, and I didn’t smoke.

However, women have some “non-traditional” risk factors, such as:

My personal experience with these unique risk factors was that I had not been on birth control pills since my late 20s, though I had suffered from migraine headaches with aura for many, many years. It wasn’t until an astute OB/GYN picked up on this in my medical history that it was first recommended to me that I discontinue the use of estrogen-based oral contraceptives. I remember thinking at the time how inconvenient it was to have to find another birth control method, especially since I felt so confident at the time that I would never actually have a stroke. Memories of this were foremost in my mind as my doctors sought an explanation of why, at such a young age, I had a stroke. (At the time of the stroke I was using a Mirena IUD which delivers a very small dose of estrogen. To eliminate any chance that this may have been the source of the increased clotting risk, I had it removed and now use a copper IUD.)

During my hospital stay, it was also discovered that I had a patent foramen ovale (PFO), or a hole between the two upper chambers of my heart. This is a very common heart defect, affecting around 20–25 percent of all people. Most commonly this is a benign defect resulting in no negative consequences. However, people who have a PFO are more likely to suffer migraine with aura, and those who have both, a PFO and migraines with aura, are even more likely to have a stroke. Three months after I had the stroke I had another procedure to repair the PFO; it is my hope that this will significantly reduce my risk of another stroke in the future.

As I recovered, my ability to speak came back slowly, and I realized how many other things had been affected by the clot. For example, I had difficulty saying and writing the alphabet, counting, spelling, recognizing patterns in lists of words, naming the part of a whole (hand, fingers, pinky, index finger, etc) or attending to reading tasks for even short periods of time. While my ability to communicate improved, I frequently found myself searching for the right word or saying yes when I meant no or hello when I meant goodbye. By the end of each day, I felt exhausted by talking. Even the tone and fluidity of my speech was changed in ways that made my voice feel unfamiliar to my own ears. It was still several months before I felt comfortable participating in group conversations, especially those that were fast moving or involved humor. Meeting new people was a trigger for having difficulty speaking, as was any situation in which I felt a little nervous. I was fearful that I would never feel confident to lecture in front of a room full of students or present to an audience of fellow scientists.

Everyone was patient with me — especially my family, including my 4-year-old daughter. We explained to her that I had been sick and that I was better now and might make mistakes when talking. She was very compassionate, and we still laugh about the time at the dinner table I asked her to finish her email (when I meant to say soup!). Slowly, almost without my noticing, I got better. Today, most people are surprised to learn that I had a stroke that left me unable to speak. Still though, when I am tired or feel stress, I can struggle to find the words that I want. It’s a daily reminder of my close call. 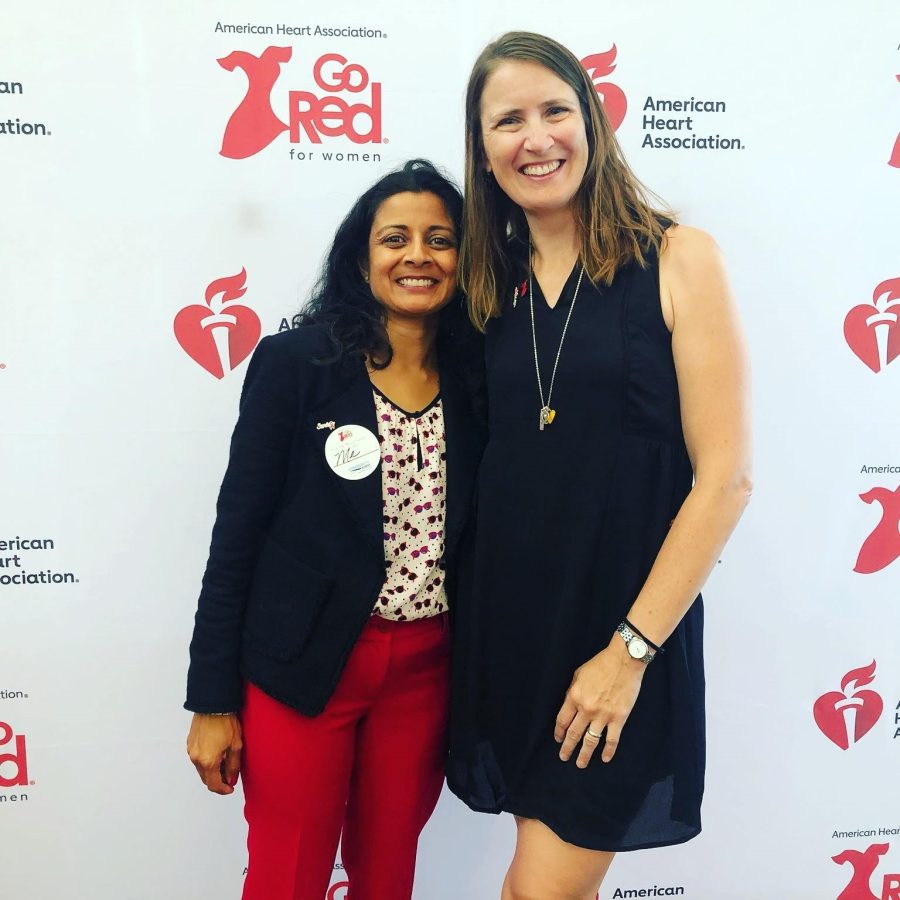 Six months after I had a stroke, I celebrated my 40th birthday with my husband, kids, family, and friends. It felt like a celebration of a victory as much as a celebration of a milestone age. It was a beautiful Florida day — the sun was shining, the spring air was still relatively devoid of humidity, and there were no mosquitos! There were kids galore, good food, and my favorite cupcakes for dessert. One of the women who helped me celebrate that day worked with my husband. She was aware of what our family had been through and the role Kevin played in getting me immediate help. In what became a wonderful example of pay it forward, it turns out this may have also helped to save her life. Six months after the birthday party and within one month of the first anniversary of my own stroke, she had a hemorrhagic stroke while at work. While I believe that the credit for saving her life belongs to the nurse who recognized her symptoms and called 911, she reminds me that she sought care in the on-site health clinic because she learned the signs of stroke from my own story. We recently attended the American Heart Association’s Go Red for Women Luncheon together, and I was honored to walk in with her as a fellow survivor.

Over the past three years, I have made it a mission to use the voice I worked so hard for to spread the word about recognizing the signs of stroke and raising awareness about the debilitating effects of aphasia (the technical term for the inability to speak). The warning signs of stroke are sometimes difficult to recognize in yourself — my experience bore that out. It was my husband who recognized the two most common signs that I exhibited, and my message to you is to teach the people you spend the most time with about FAST:

This reminder saved the lives of two people because someone else took the time to learn it, too.

Sherry Pinkstaff lives in Atlantic Beach with her husband and two kids, Anna (7) and Martin John (5). She is an Associate Professor at the University of North Florida in the Doctor of Physical Therapy program and a Research Scientist at the Mayo Clinic. She finds time for reading and exercise every day.

Burpees in the Wild