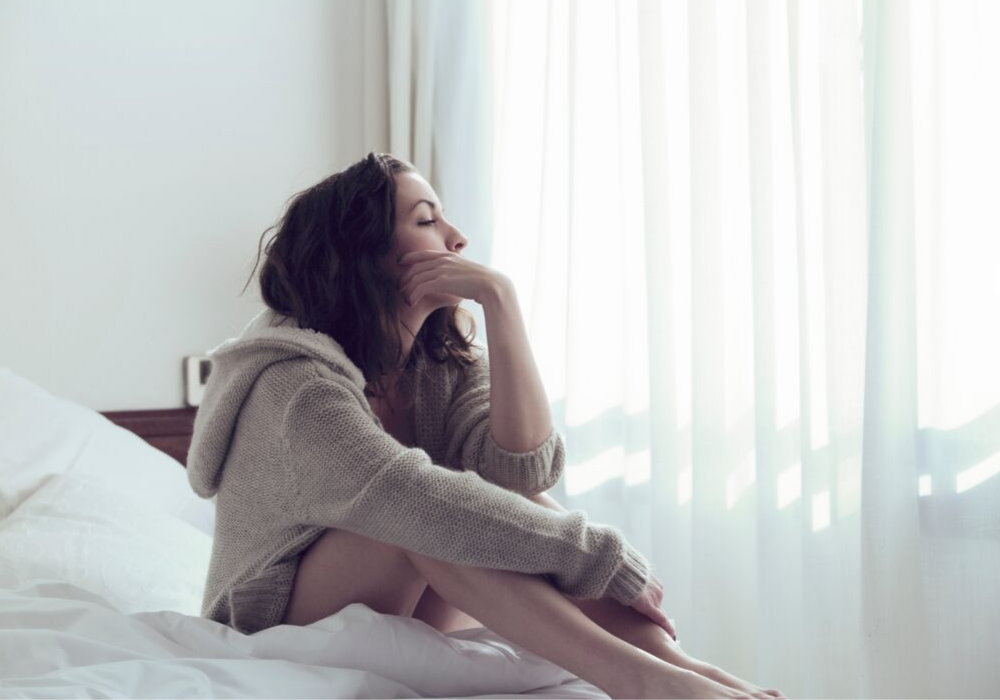 It was Fourth of July week and we were enjoying a beach vacation when I noticed some bumps on my backside. It was uncomfortable when I wiped, but nothing unbearable. I spent some time with a hand mirror and was relieved that it didn’t look anything like the images I found on Dr. Google. I hadn’t had sex for a couple of weeks and even when I did, I used protection. I have never had anal sex and the sores were around my anus, so I told myself it was from too much time in a sandy, salty swimsuit, combined with just getting off my mensural cycle and the annoyances that accompany that.

But be it my inner hypochondriac, or my intuition, I called my gynecologist to be tested the next day when the pesky sores were still there. When I arrived, the doctor said it didn’t look like herpes, more like abrasions, but because there were multiple bumps, she swabbed them and sent the swab off for results. She also did a blood test for herpes. I called a couple of days later anxiously awaiting my results. My swabs were not in, but my blood test was negative. Oh, sweet relief. For 48 hours anyway, until I received a phone call on the way to drop my kids off at camp. Turns out that while my bloodwork was negative, my swab was positive, and I did, in fact, have herpes.

The mental spiral came on like a tidal wave. Who? When? How? I called my previous partners to tell them they needed to be tested. They all swore it wasn’t from them. At that moment I was sure my life was over. Terrified to share a bathroom with my kids, scared to share a drink with them, worried that my disorganized self would never be able to keep our laundry separate. I could definitely kiss my dating life goodbye.

Enter obsessive Googling and research on all things herpes. Unlike with many things, I can say the internet / Dr. Google / social media was a beautiful tool. I learned so, so much. I can’t pass it to my kids via the toilet seat or towels. Dating is no more annoying then it was pre-herpes. It became clear to me pretty quickly that the stigma attached to the herpes was worlds worse than the herpes itself. I told my friends and my family about my diagnosis. Everyone (less one person) was super supportive and understanding. A shocking amount of people responded with “been there / me too / welcome to the club.” The information has proved most powerful in breaking down the emotional walls of this skin condition, and given that everyone either has or knows someone who has herpes I feel like there are some important things for everyone to know:

There are two types of herpes that fall under the STI umbrella — HSV1 and HSV2. HSV1 is most known for cold sores, and as far as herpes is concerned, it is often treated as “no big deal” since so many people have it (and, in many cases, have had it since they were children). HSV2 is what people usually think of when they think of genital herpes. HSV1 favors the mouth and upper nerves and HSV2 favors the lower nerves and genital region — however, you can easily pass HSV1 to someone’s genitals and HSV2 can and does cause oral “cold sores” (aka oral herpes). If you have cold sores or genital herpes, without a medical diagnosis there is no way to know which strain you have, and it is largely irrelevant as there is no “good” herpes. The symptoms and impacts on your life are exactly the same regardless of if you have HSV1 or HSV2. Someone who got cold sores as a child can give someone genital herpes as an adult, even if they no longer get the sores and have not had an outbreak in years. HSV stays with you for life and asymptotic shedding is very much a thing, regardless of type.

Do You Have Herpes?

According the the CDCk 1 in 6 people have genital herpes and over 80 percent of people with HSV do not know they have it (rates are even higher when you look at oral herpes, and many sources believe the genital rate is much higher also). Little did I know that when you ask for an STD test, herpes isn’t included, unless you specifically request to be tested for HSV in addition to the usual STD workup. Many doctors, and the CDC, do not recommend you be tested unless you are having symptoms because of the high rate of false negatives and the high rate of mental distress this skin condition causes. Herpes is spread via skin-to-skin contact, and thus condoms do not prevent transmission (fun fact though, pubic hair is a natural deterrent/barrier, so bring back the bush).

How Do You Know If You Have Herpes?

If you have sores you need to get them swabbed right away to ensure that a swab culture is accurate, as the longer the sores have been present the higher the rate of a false negative. Most people do not have symptoms though or any sores to sample. There are two types of blood tests that test for HSV — IGM and IGG, the most common and reliable being the IGG. If you have recently been exposed to herpes, the IGG will likely be negative, as it is testing for antibodies you have not yet had a chance to build up. The IGG test is most accurate four months after contracting the virus. There is no test that will tell you when you contracted herpes or how long you have had the virus.

If you have herpes, I assure you life goes on. You are not alone and you will be okay. If you don’t have herpes, be thankful and help your friends and family who do have the virus by educating yourself and others, and by leaving the judgment at the door.