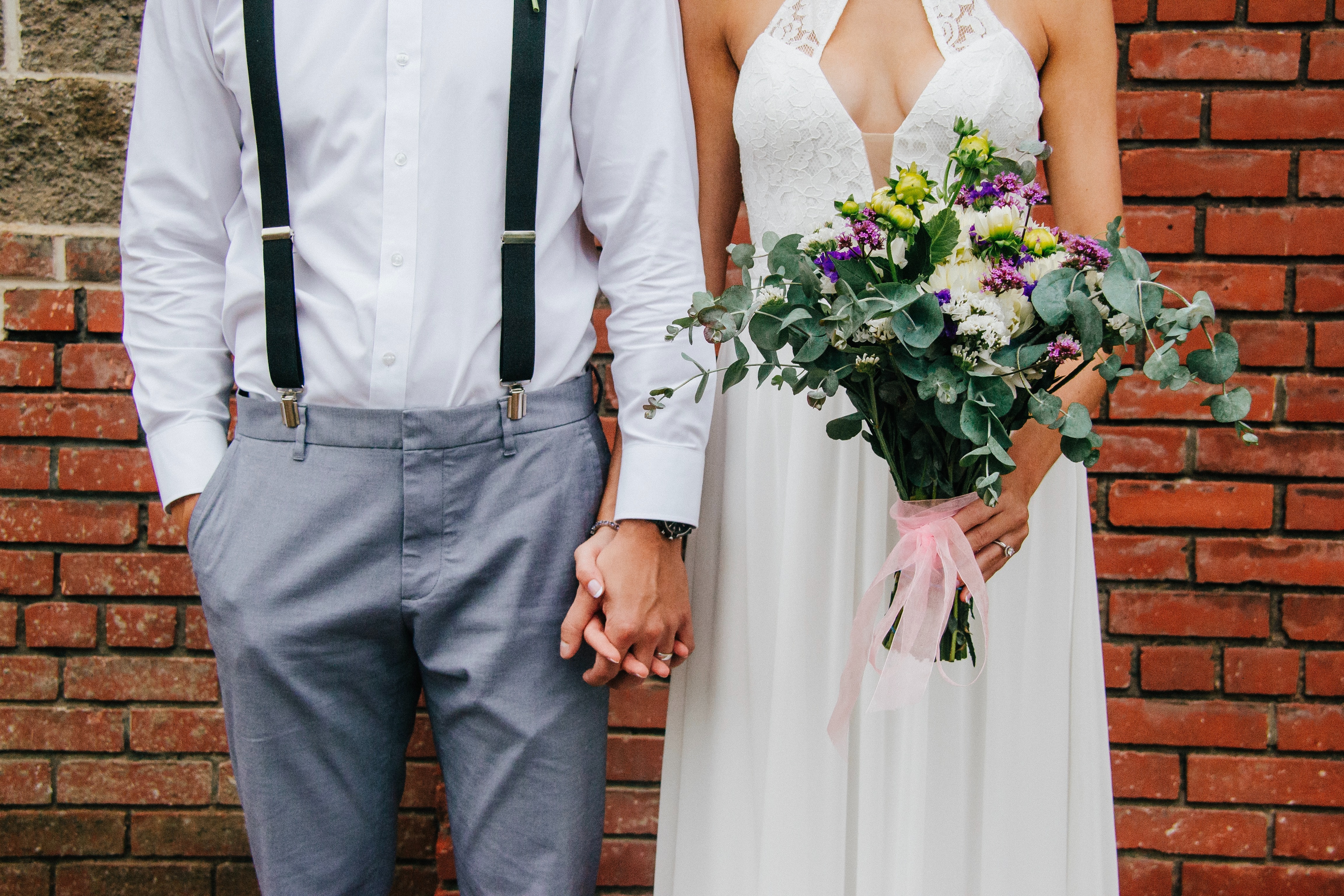 Wait, what? How did he never mention this before? Ah, still so much to learn about each other.

His reasons were actually pretty understandable. Allow me to explain:

1) He is the youngest of three, but his parents were married right after the birth of his sister and subsequently right before his birth. That meant he was the only one of his siblings to receive his father’s last name. His brother and sister were given his mother’s maiden name instead.

2) He was raised with an absentee father who he saw occasionally growing up and who he has not had a relationship with as an adult. Not exactly worthy of being named after, but who could’ve known?

3) He felt like his last name had some negative connotations. Lynch always reminded me of a strong Irish heritage, but he remembers cringing in History class when the racism discussions took place. His memories are his memories to have. Fair enough.

We could both just keep our own names, but then which name will our unborn children take? Growing up, I always kind of liked that my sister and I had the same last name as our parents. There were no hyphens or confusion about who went with who. We were a family unit and the world knew it. And so, I insisted, I’d prefer we have the same last name. Next.

Now hear me out on this, we are both ALL FOR equal rights for women. My dear husband has mentioned on more than one occasion that he thinks all the men holding government office should be swapped out for women because “women have been running things so smoothly in the home for the past million years, they’ll probably do a much better job.” That being said, our decision had nothing to do with women’s rights. I am not someone who felt a strong desire to keep my last name to make a statement. On the contrary, I always assumed I’d be changing it one day.

So, the discussion progressed.

We could both change our last name to Entenza, his mother’s maiden name. I personally loved the Spanish vibe and the fact that it isn’t insanely common (so helpful for social handles, haha). He felt like that ship had sailed.

We could just pick whatever the hell last name we want. The possibilities are endless! It was a wormhole that felt meaningless, although fun to laugh about. (Princess Consuela Bananahammock, anyone?)

Then he suggested THE perfect thing:

Andrew: What if I take your last name?

Me: My last name? Really? 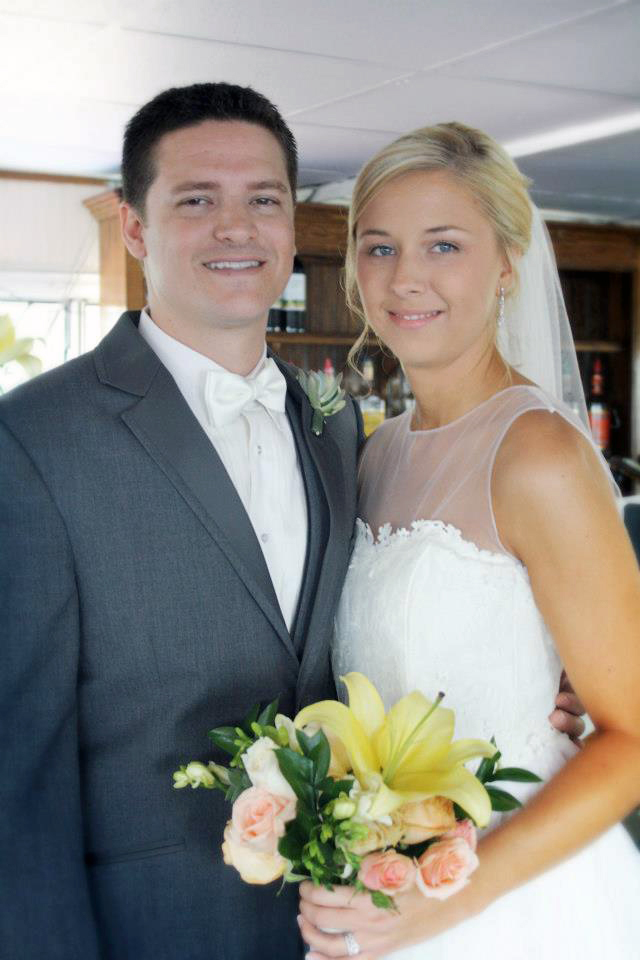 Let me back up for one second and mention that my dad had passed away a few years prior. He had two daughters, my sister and I, and no siblings. My sister had juuuuust gotten married and took her husband’s last name that year.

“We could both have your last name to carry on your dad’s last name. We’re the only ones left who can do it,” he said. I let those words replay in my head. We. are. the. only. ones. left. who. can. do. it. Carrying on my dad’s name felt far more meaningful, especially when you threw his and Andrew’s relationship into the mix. Andrew met my dad when he was 13 years old, and they bonded over a mutual love of vintage cars (more specifically, my dad’s 1979 black t-top 280ZX). They maintained a wonderful relationship until the day he died, and when Andrew said, “He was more of a father to me than my own father,” I cried and agreed.

And so that’s what we did. Andrew Lynch became Andrew Raines, and I have always been Heather Raines. 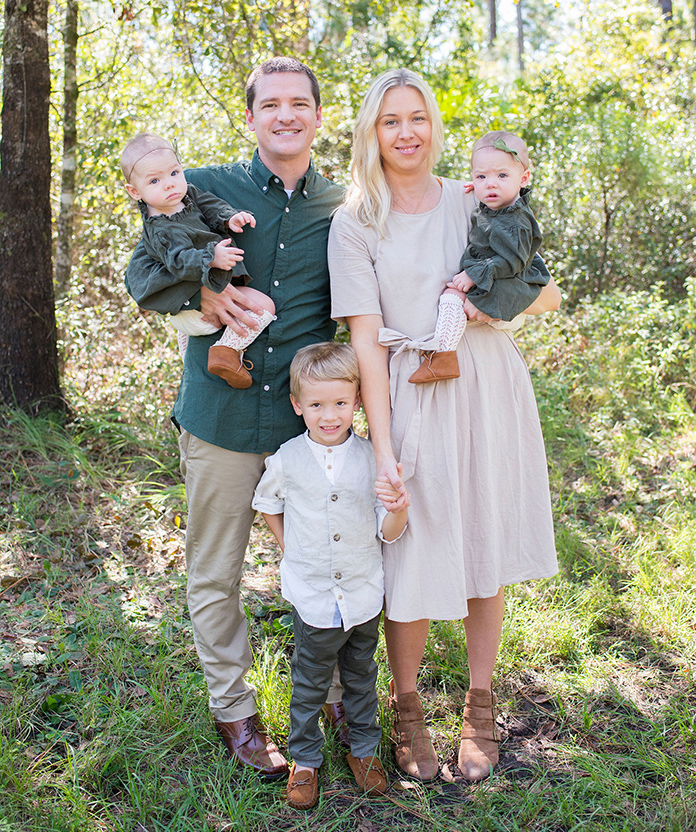 The process of a man changing his last name when he gets married is far more difficult (in some states) than one might think because it’s done so infrequently. This HUGE pain in the ass involves lots of paperwork (Legal Zoom was incredibly helpful) and the state publishing that this request has been made so if you’re a schemer trying to skip jail, everyone knows it. It requires having an actual court date where you go in and explain to a real-life judge why you want to do this. It also costs a whole bunch more than when women change their name during marriage. It’s one of the rare instances I’ve encountered where men are the target of a double standard.

Despite a few “friends” sh*t-talking him, and later utterly confusing the nurses as we filled out our children’s birth certificate paperwork, the response has been overwhelmingly positive. He ended up being the one who had to relearn how to write his name, and we wouldn’t have it any other way.

Heather Raines is wife to Andrew and mother to her 5-year-old son, Elliott and 18-month-old fraternal twin daughters, Zoe and Reese. Her background is in graphic design, and she works full-time as an Art Director for a local retail company. She’s passionate about food, design, and telling it like it is, especially when it comes to motherhood. She recently launched a blog, House of Raines, where she writes on everything from style to what went wrong while she tries to keep her juggling act on point. You can follow her by subscribing at houseofraines.com, on Instagram @houseofraines, or on Facebook @houseofraines.

Calling All Straight White Moms: It’s Time To Be Allies

Best Ways for Divorced Couples to Co-Parent During COVID-19