Memorial Day ended with a bang yesterday, as millions of Americans were confronted with the reality that racism is still alive and well in the United States. For many of us, especially for those of us who are white, it’s easy — reassuring, even — to think that endemic racism is a thing of the past. But what recently happened in Central Park should go a long way towards all of us remembering that there is still much work that needs to be done in dismantling racism in the United States, especially for those of us who are white.

In case you missed it, the outrage started when Melody Cooper posted a video on Twitter. It was recorded by her brother, Christian Cooper, an avid birder who spent Memorial Day morning in Central Park. While there, he came across Amy Cooper, a white woman who was allowing her dog to run off-leash in the Ramble, which is against the park’s rules. The video shows Christian politely asking Amy to put her dog on the leash, as required by park rules; she responded by aggressively approaching him while dragging her dog along by the collar, as Christian asked her not to come close to him. She threatened to call the police and then did just that — making sure to first let him know exactly what her intentions were. “I’m going to tell them there’s an African-American man threatening my life,” she said matter-of-factly, before calmly dialing 911. She then told dispatchers, repeatedly, that an African-American was threatening both her and her dog, sounding increasingly hysterical until she was screaming for them to send the cops immediately. As soon as Amy put the leash on her dog, Christian thanked her and stopped recording. 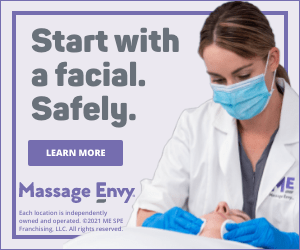 Oh, when Karens take a walk with their dogs off leash in the famous Bramble in NY’s Central Park, where it is clearly posted on signs that dogs MUST be leashed at all times, and someone like my brother (an avid birder) politely asks her to put her dog on the leash. pic.twitter.com/3YnzuATsDm

Christian also took to Facebook in a public post to describe what happened before the video started, when he was bird-watching in the Ramble, an area known to attract hundreds of bird species, and saw a dog off-leash. “That’s important to us birders because we know that dogs won’t be off-leash at all and we can go there to see the ground-dwelling birds,” Christian told CNN. “People spend a lot of money and time planting in those areas as well. Nothing grows in a dog run for a reason.”

While Amy admitted to CNN that she allowed her dog to run off-leash, she said that Christian jumped out of a bush screaming at her. Both admit they talked back and forth about her need to put the dog on a leash. On Facebook, Christian said he told her, “Look, if you’re going to do what you want, I’m going to do what I want, but you’re not going to like it,” as he pulled dog treats out of his pocket.

According to Amy, this was the real reason she called police, because she took that as a threat — yet that excuse isn’t one that I, personally, believe. It was after this supposed “threat” that Christian began recording her, and Amy didn’t behave as if she was afraid in any way. She repeatedly told him to stop filming her, aggressively approaching him in anger, while he told her to stay away from him. She specifically said she was calling the police because she was being filmed, not because she was in fear for her life, and used the threat of a white woman in danger of violence from a black man to try to force him to do what she wanted. And it’s specifically this aspect of the interaction that makes her behavior so insidious.

Lynchings in the United States happened with alarming frequency over the last 150 years, and it was even more common for the murders to take place specifically because white men were ostensibly defending the “honor” of a white woman, threatened by a black man. (It’s this exact situation which led to the horrific murder of Emmett Till and the Tulsa Race Massacre.) Amy was clearly aware of what she was saying by sneering at Christian as she threatened to tell the police that an African-American man was posing a danger to her. She put on an act for the 911 dispatcher after coolly, calmly telling Christian what she was going to do, acting as if her life was legitimately in danger when she was the one behaving aggressively and erratically.

Amy Cooper has since apologized, and Christian, graciously, accepted her apology. But this should still serve as a wake-up call, and not to the black community… but for white women, for people like me. We need to understand the power and privilege we hold, and how racism still permeates so many facets of the world we live in.

A video broke today, by coincidence, of a black man named George Floyd killed by a police officer, kneeling on his neck as he choked out that he couldn’t breathe, begging for his life. As he slowly went silent, with onlookers begging the officer to let him breathe, the officer refused to let up. As Jemele Hill, a contributor for The Atlantic, wrote on Twitter, “A reminder: What happened to George Floyd is what Amy Cooper hoped would happen to Christian Cooper.” Christian was, in many ways, extremely lucky; he’s a soft-spoken, well-educated, successful, bird-watching black man. But how different could the incident have gone had Christian, say, used profanities towards Amy… had he been sporting dreadlocks and baggy pants. If he had a previous record instead of a degree from Harvard. It wouldn’t have mattered that Amy orchestrated the situation; he very easily could have wound up either dead, or in prison, simply because a white woman demanded it.

As a white woman, I know this isn’t a struggle with which I can personally empathize. I’ve come to understand that I have a privilege that allows me to largely exist safely in the public sphere. But that also means that I, and other white women like me, have a responsibility. We must do better. We must raise our children to do better. It’s not acceptable for these incidents to happen, and yet, over and over again, they still do. Eric Garner. Ahmaud Arbery. George Floyd. Christian Cooper so easily could have joined their ranks, and the ranks of countless other black men murdered simply because of the color of their skin — and it’s still happening in 2020, and it’s still because we help perpetuate the system. As white women, we must do better. There are numerous ways we can work to fight racism every day. Up until now, it’s largely been the black community fighting back, but that isn’t good enough. We must speak up against injustice, stand up and fight back when they happen, and never use our privilege, and our race, as a weapon, ever again.

Dress Codes Are Fine, Policing Girls’ Bodies Is Not