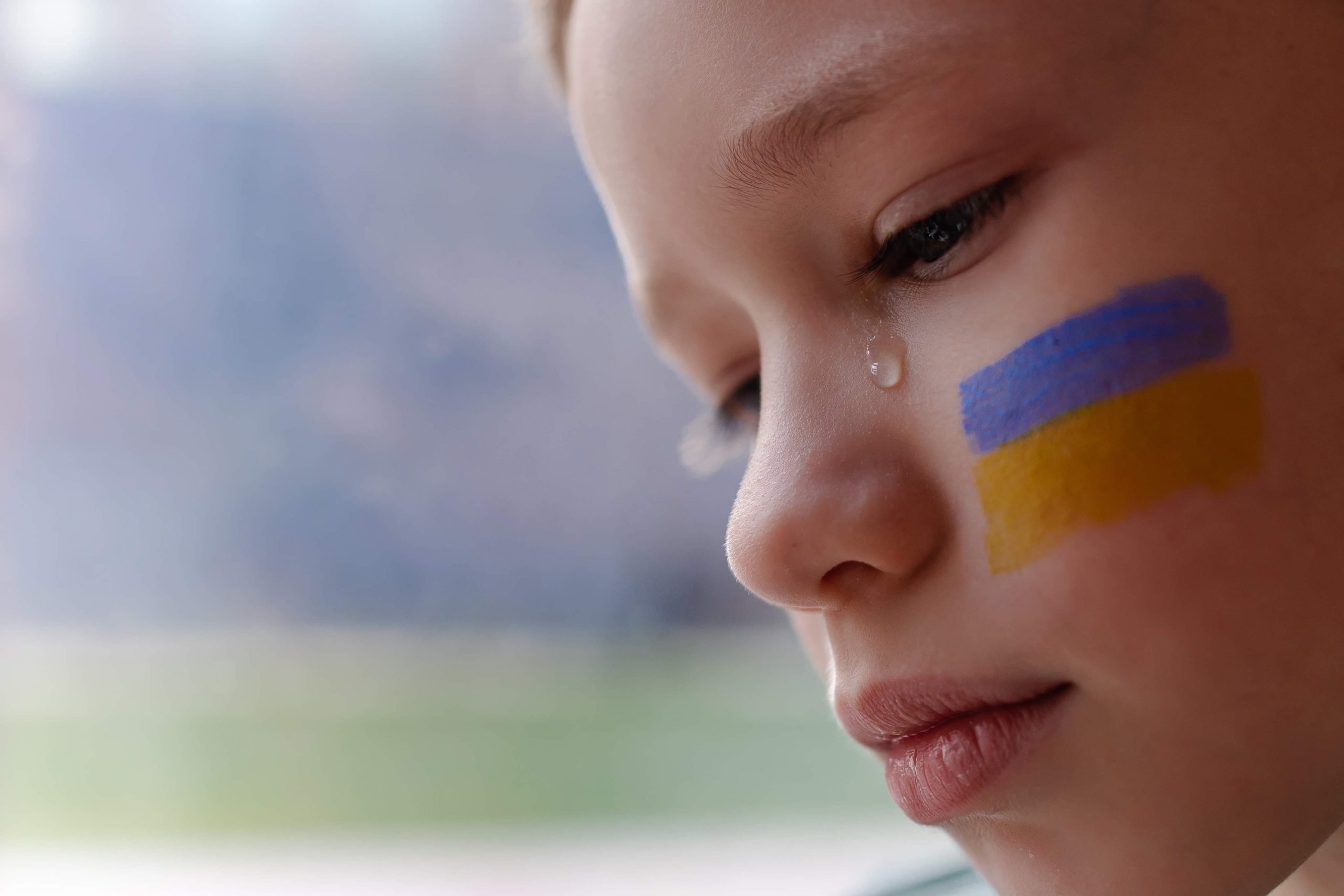 It was a horrifying video. Someone in Ukraine was filming out their window, watching as a jet approached. Within seconds, a missile could be seen zooming toward the apartment building; the person recording, seemingly a mom, only had a moment to gasp before the bomb exploded and a child started screaming. It was a harrowing, heartbreaking video, one I’m not sharing here out of respect for the people experiencing this horror in Ukraine. But seeing it was a terrible reminder that this isn’t a sanitary military conflict fought in far-off battlefields. It was in cities, with Russia specifically targeting civilian areas.

As a former military wife, this was beyond anything I could fathom. We were lucky — so much luckier than the people in Iraq and Afghanistan — to never have to worry about our children’s safety. The life-and-death decisions the Ukrainian people are having to make right now are heart-wrenching to think of, and worse, there’s virtually nothing we can do to help them. I can only watch through my tears as mothers huddle with their children in subway stations underground for safety, or keep their own fear contained so they can comfort their terrified children. An estimated 200,000 people have successfully fled the country, becoming refugees in neighboring nations like Poland and Moldova.

Yet the strength and bravery being displayed by the people of Ukraine is also nothing short of incredible. Despite being outmanned and arguably untrained, they’ve managed to stall the Russian troops trying to take over their country. The quick victory Vladimir Putin thought he would be able to get hasn’t happened. Soldiers have shown defiance to the last second, giving a literal middle finger to Russian warships as they stood their ground. Civilians have done everything they can to help, from throwing bicycles under tanks to stop them, making Molotov cocktails to throw at the invaders, blowing up bridges to cut supply lines, and fighting using guerilla warfare.

Then there’s the swell of support from virtually the entire world. People in the United States, Europe, even Iran and the Middle East, are supporting Ukraine in its fight for freedom. Truly, that is what is at stake here: a people’s freedom to live, to exist, to have their own culture and history and sovereignty recognized and protected. In Russia itself, thousands of people have been arrested for protesting their dictator’s murderous regime, showing that Putin’s war is not one the Russian people support, either.

Yet these glimmers of hope are all too easily dimmed. Make no mistake: China is watching very closely to see how the world treats Vladimir Putin. If he gets away with this invasion with nothing more than a slap on the wrist, China will know they can safely invade Taiwan, too — something they’re already flirting with in increasingly aggressive ways, even if you aren’t already aware of their ongoing genocide. Meanwhile, Putin has put nuclear war on the table, insinuating it once and then threatening it openly. Much of the world is terrified to engage in this war because of that. Make the wrong move, and congratulations: It’s World War III.

The idea of my children growing up during a world war hollows me out to my very core. Yet there’s so little I can do, except watch, wait, and pray.

For now, there are small ways we can help from the United States. Remaining well-informed, believe it or not, is one of the best ways; Russia is a well-known peddler of disinformation, using it to create chaos and weaken countries. There are also international aid organizations, like the Red Cross and the International Rescue Committee, you can donate money to. Also needed is the willingness for world leaders to accept Ukrainian refugees, so you can speak to your congressperson or senator to urge the United States to help these innocent people displaced from war. But most of all, speak up and speak out. Share your support for Ukraine. Don’t stop talking about it, because — as mentioned before — Russia thrives on misinformation and propaganda. We need to be there for the people of Ukraine now more than ever, because this isn’t just their war. What happens in Ukraine will affect the entire world. We must do all we can to support them now, when they need it most.