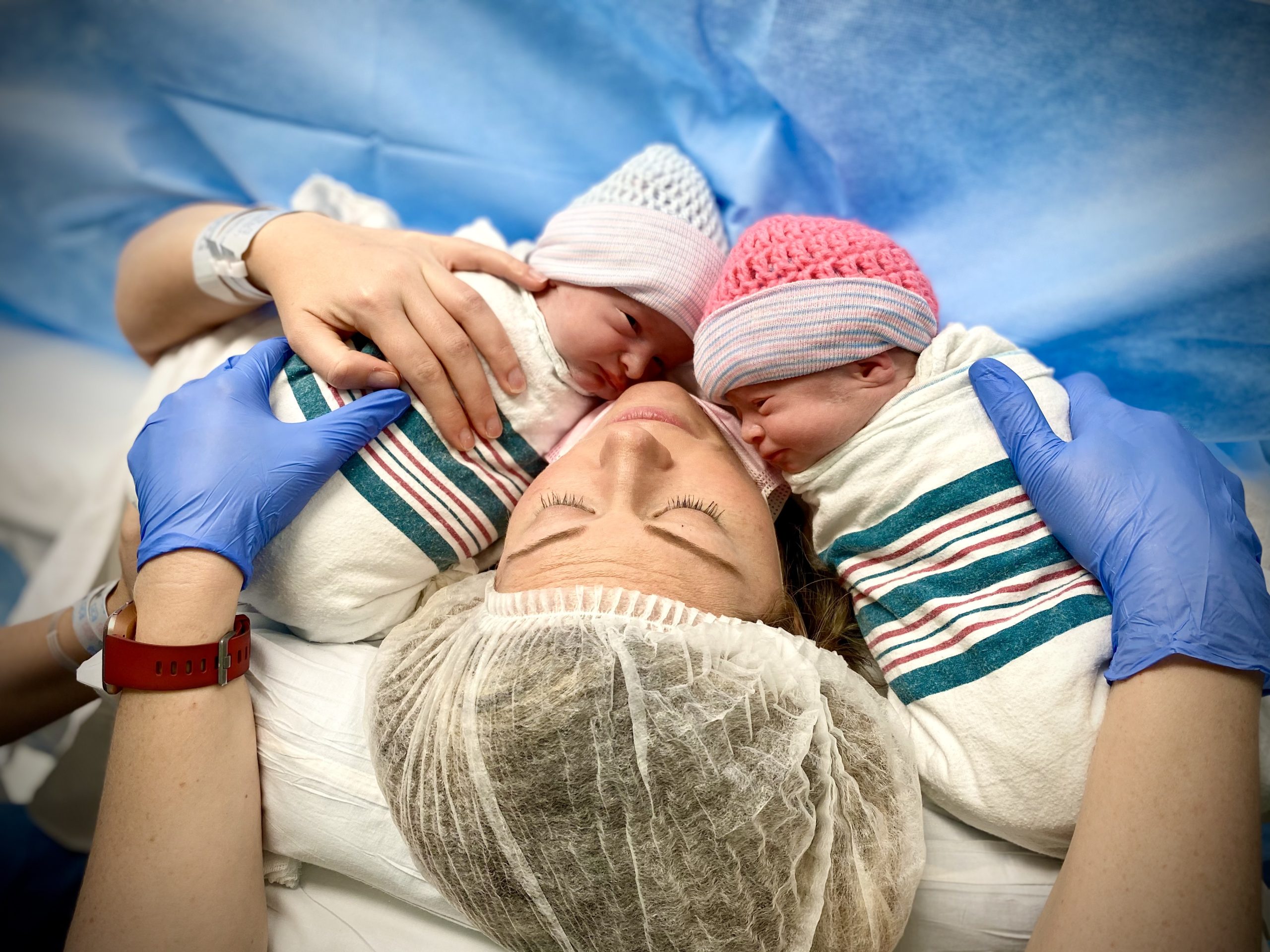 Most people don’t go into pregnancy expecting it to end in a c-section. If they’re anything like me, they expect to get the “full birthing experience” of actually pushing your baby out into the world. You just don’t daydream about your baby entering the world via a major surgical procedure. I certainly didn’t.

Even after finding out that I was carrying twins, I still had all the hope in the world that I would be able to have a vaginal birth (well, births!). However, I wasn’t totally naive. I knew that the chance of cesarean birth skyrockets with twins. That alone put me in the “high-risk” pregnancy category. But, after discussing my preference for a vaginal twin birth with my doctor, he assured me that if that is what I wanted, they would do everything they could to make that happen for me.

After medically coasting through the majority of my pregnancy (I say “medically,” because, in the day-to-day reality of growing two babies at once, the term “coasting” does not exist), at 34 weeks I progressed very quickly from an uncomplicated twin pregnancy to a preeclampsia diagnosis and bed rest instructions. 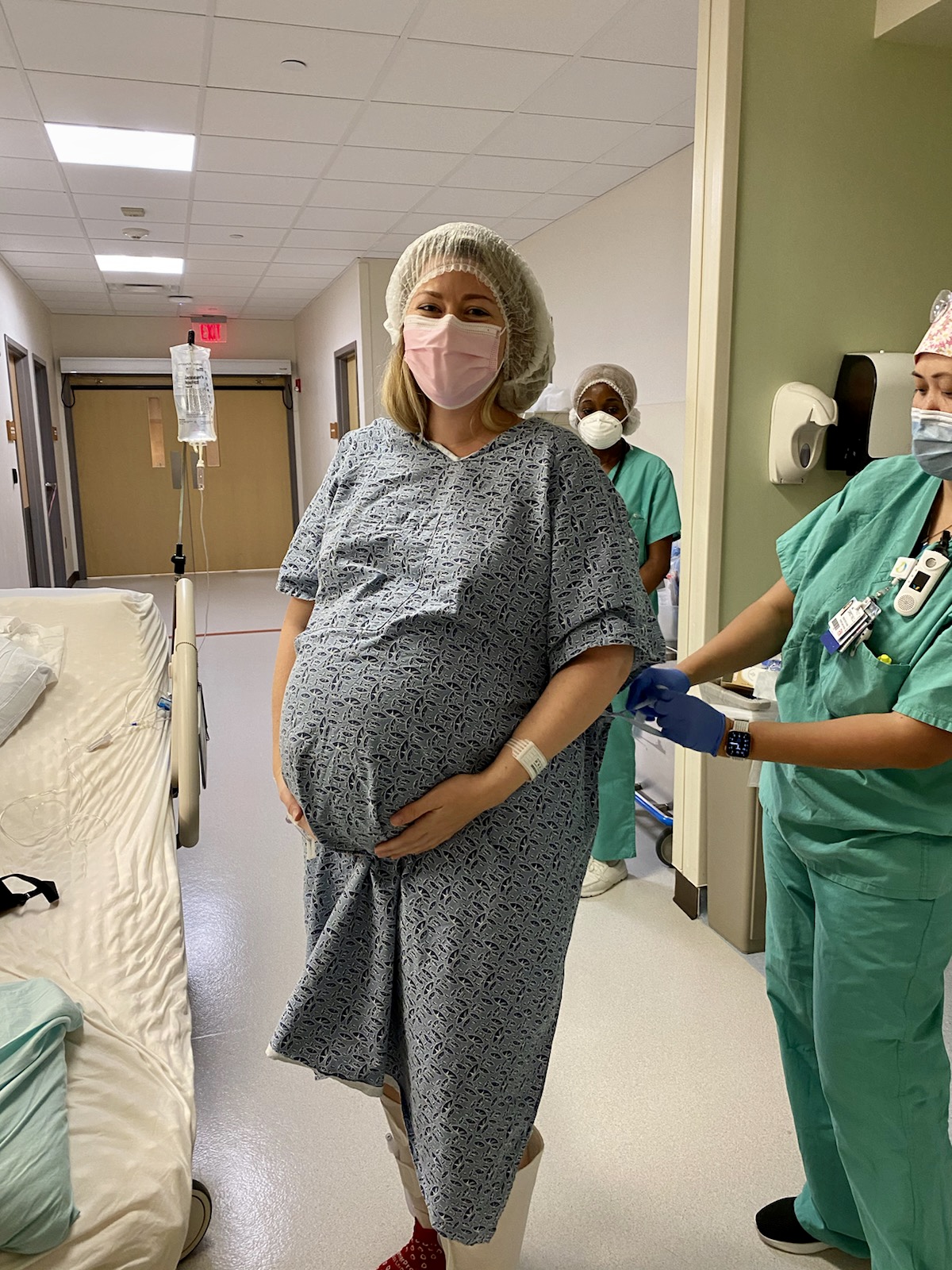 Days later, I was admitted to the hospital and essentially told that I would be staying there for monitoring until the twins were born. The preeclampsia was getting progressively worse, and my blood pressure was dangerously high. I could feel my chances of a vaginal birth slipping away, but at that point, all I wanted was what was safest for the babies and for me.

Six days after arriving at the hospital, an ultrasound showed Baby A’s amniotic fluid had decreased to a worrisome level. My doctor decided that it was time to get those babies out. A c-section was going to be the safest route, and we were all on board. I was able to quickly shower before being hooked up to heart rate monitors to keep an eye on both babies. Baby A’s heart rate began to show signs of distress, and my doctor decided we needed to get into the operating room sooner rather than later. Not long after, my wife, Alex, was getting into scrubs (after taking a quick shot of Goldschläger to calm her nerves), and I was getting wheeled down to the OR. Before I knew it, I was laying on the table, completely numb from the chest down, with only a thin, blue curtain between me and my babies’ entryway into the world.

Minutes later, Alex and I heard a cry and stared wide-eyed at each other as we realized it was OUR baby. She was here!! Seconds later, the nurse brought Riley onto our side of the curtain so we could get the very first look at our baby. To say this was a surreal moment is a severe understatement. That was our daughter! It felt like we were in an alternate universe. We didn’t have long to start soaking it in, because two minutes later, we heard another set of cries! Our son was born! We had TWO children. The nurses quickly cleaned them up, had Alex cut the umbilical cords, and brought them over to me so that we could meet for the first time and take our first family photo. 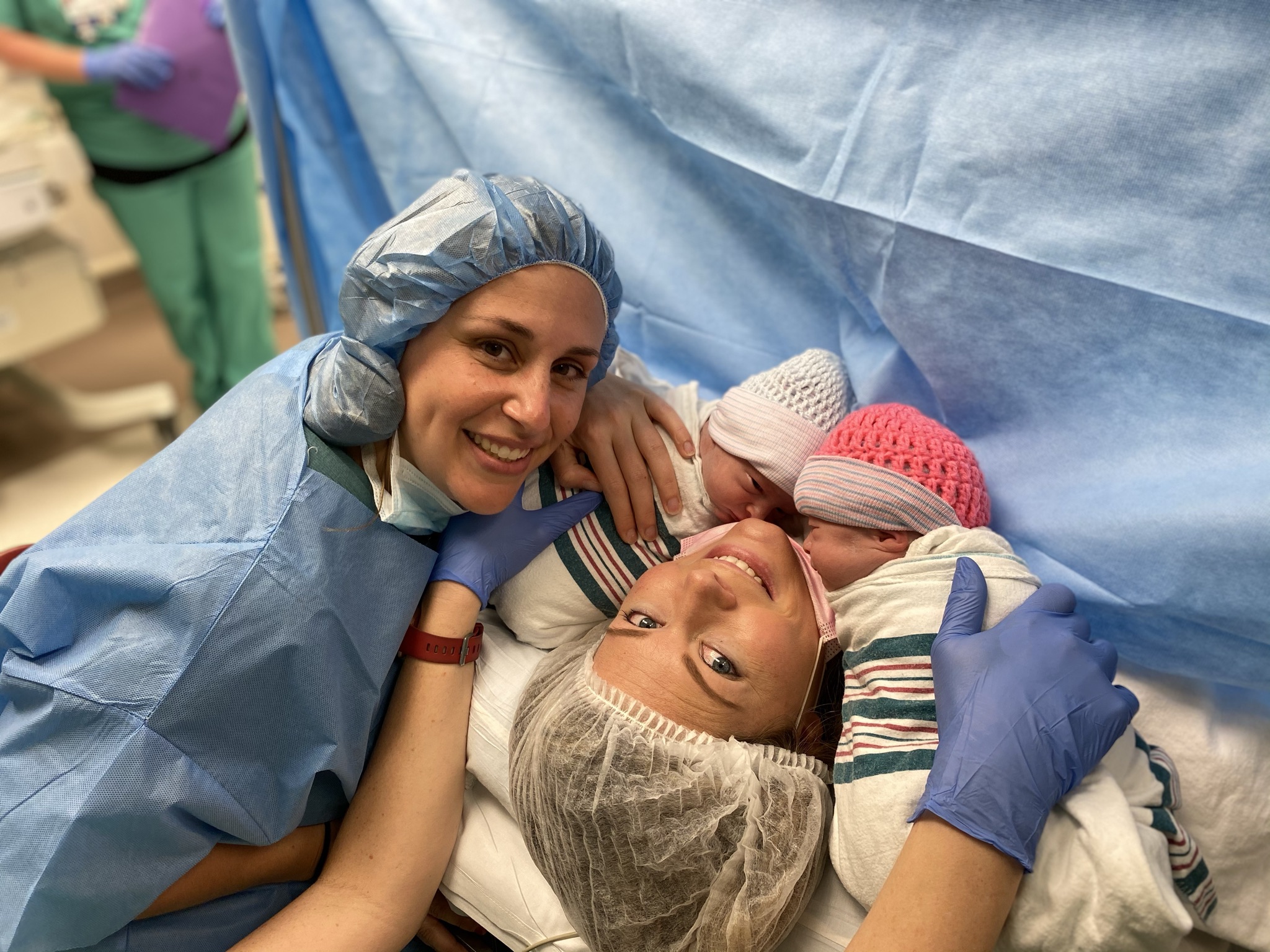 Although I may not have had the birthing experience of my dreams, nothing can take away the pure magic moment of finally meeting the two little lives that I had spent the last eight months growing.

So, if I can leave you with any words of wisdom after experiencing a c-section, please remember to give yourself grace. And not just with the physical healing from major surgery, but the mental healing, as well. At the end of the day, all that matters is your baby arriving safely, whatever that may look like.

Oh, and one more thing: Take the stool softeners.