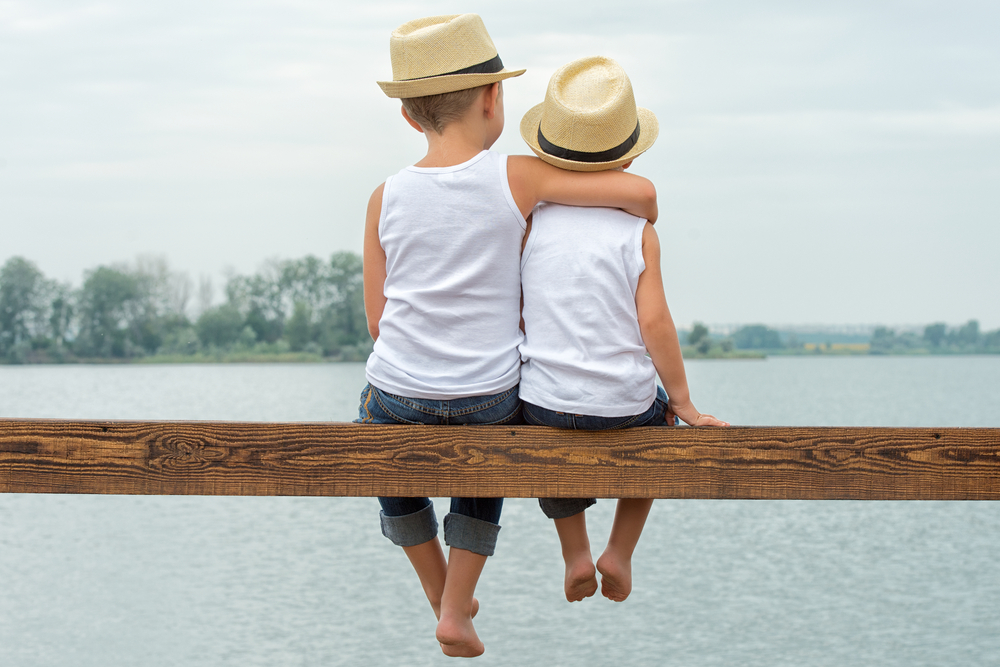 Growing up, I always had a great relationship with my younger sister, despite the fact that we are nearly five years apart. Being the stereotypical older sibling, however, I was very sensitive to any perceived “inequalities” between us. I distinctly remember having to wait until I was 10 years old to get my ears pierced, and my sister being allowed at 7 or 8. So unfair, am I right?

It may seem silly, but I really did think that “fair” meant my sister and I would be treated exactly the same. In my early 20s, I finally worked up the nerve to bring the topic up with my mom. “I don’t know, I just feel like you treated us differently growing up,” I said nervously. Without skipping a beat, my mom responded: “Of course we treated you differently; you’re two different people, and the situations were different. How could we have treated you the same?”

I’d thought that confirmation of my suspicion would give me vindication. Instead, it just left me feeling confused. When I had kids, surely I’d do things exactly the same with both of them.

Fast forward several years to me being a parent to two boys, born 2.5 years apart. When my youngest came along, we called the kids “Night and Day” because of how physically different they looked. And, their differences have only grown as they’ve gotten older.

For someone who thought she’d be parenting kids “equally,” it’s been a very humbling experience. But, I’ve realized that in order for me to be the best parent I can be for each of my kids, I have to tailor my parenting to their unique personalities and needs.

My oldest son is more introverted and sensitive, an avid reader, and a fiercely competitive perfectionist. When he’s upset or frustrated, he shuts down and draws in. I’ve learned over time that, while he initially rejects company, the oldest needs to know we recognize he’s upset and sometimes needs a little push to talk about what’s bothering him. The youngest, on the other hand, is extremely outgoing, artistic and fiery. No one ever wonders how he’s feeling because he will always let you know. Loudly. When I first started dealing with his big feelings, I tried handling it the same way I had with his older brother and it went… not well. Now we know that validating his feelings and leaving him alone to yell and punch a pillow actually de-escalates the situation much more quickly.

And, there are other ways we treat our kids differently, too.

The youngest is just like I was as a kid and doesn’t like being alone. He’ll often ask for help with things like brushing his teeth, getting dressed, etc., but not because he’s not capable — he just wants company. We try hard to balance giving him plenty of our time, while also encouraging him to become more independent and get comfortable doing things on his own.

The oldest, on the other hand, is very independent and does most things without help. But, when he does ask for help with something, we know he’s expressing a need to have more time with us and we really make a point to give it to him.

To an outsider (and probably our kids as well at times) our parenting may come off as strange, unfair or even biased. But, I know that we know our kids better than anyone, and that we’re doing our darndest to give them what they need to become the best versions of themselves.

It’s a good reminder to have when observing how others parent their kids. Their choices may not be how we’d address a situation, but their kids are also not ours — we have no way of knowing the complexities of their personalities and what their specific needs are. So, we’re all treating our kids differently. And that’s perfectly okay.