Infertility. A word no one wants to hear, especially when it applies to themselves. Conceiving a baby is supposed to be easy… and fun! You fall in love, get married, decide you’re ready for kids, do the hanky panky, and turn yourself around a couple of weeks later to see a positive test, then start over-buying all the maternity clothes and baby items. Right? That’s what we as women all grow up thinking and expecting, at least.

Only that is not the case for many of us. One in eight of us, to be exact. That’s approximately 7.3 million Americans. You read that right — 7.3 million Americans are struggling to conceive! How is that even possible? And possibly even bigger questions: How come we didn’t grow up hearing about this, and why do we feel it’s taboo to discuss it publicly? It’s time to break down those barriers and let every woman struggling to have a baby know she is not alone. Everyone’s story is different, but the struggle and heartbreak is just as hard.

Today, I want to share my story about being a part of many clubs that I never expected to be in, including the infertility club.

My husband and I married on 12/13/14 when I was 27 and he was 29. We got pregnant with our first child in the summer of 2016 and were both elated and terrified. I hadn’t been on birth control in years, and it seemed that our little peanut happened on our first try. My water unexpectedly broke at 35 weeks, but she arrived perfectly healthy, and I had no other complications during pregnancy or her birth. We’d always said we wanted two kids around two years apart and that was our plan, DANG IT! Except ha, joke’s on me. You know what they say about the best-laid plans.

We started trying again in mid-2018. The first few months of negative pregnancy tests didn’t phase me, but as months went by and the negative test after negative test continued, I started getting concerned (and confused). How could it happen so easily the first time and be so hard the second time? Did it really happen the first time after all, or were we just conscientious of it? I mean, we’d been together for seven years at that point. After a year of actively trying with no luck, I discussed it with my OB/GYN at my annual visit, and he assured me everything looked fine, I was young with two healthy ovaries, and a year of trying is fairly normal. If things didn’t change after a year he said we could start exploring options. So we continued. A year and a half, $200+ on pregnancy tests, and countless tears later, we decided to stop overthinking it and just let what was going to happen, happen. Maybe we were only meant to have one child? After all, she was healthy and perfect in every way — what could we complain about?

We decided we didn’t want to pursue any fertility treatments because a) we couldn’t afford to, and b) so many couples out there were struggling for their first child. It felt selfish of us to complain about not being able to have a second. But we knew our family didn’t feel complete and there were so many unanswered questions (and prayers), that neither of us could completely lose hope. I started opening up on my social media channels about our journey in trying to conceive, and that’s when I learned about secondary infertility. I met people, both in person and through Instagram, who had or were currently experiencing the same thing. In some twisted way, it made me feel better knowing I wasn’t the only one crying every month, thinking my body was a failure, trying to unsuccessfully grow my family.

After almost three years of trying, tracking my cycle, counting down days until ovulation, getting excited when I was a day or two late, and then sinking into the sheets at night with my head under the pillow so my husband or daughter wouldn’t hear my sobs after seeing a negative on the test or getting my period, the day finally came. I was three days late. My stomach was in knots. Something just felt different this time. I peed on that stick and it was the longest, most nerve-racking eight minutes of my life. It. Was. POSITIVE. 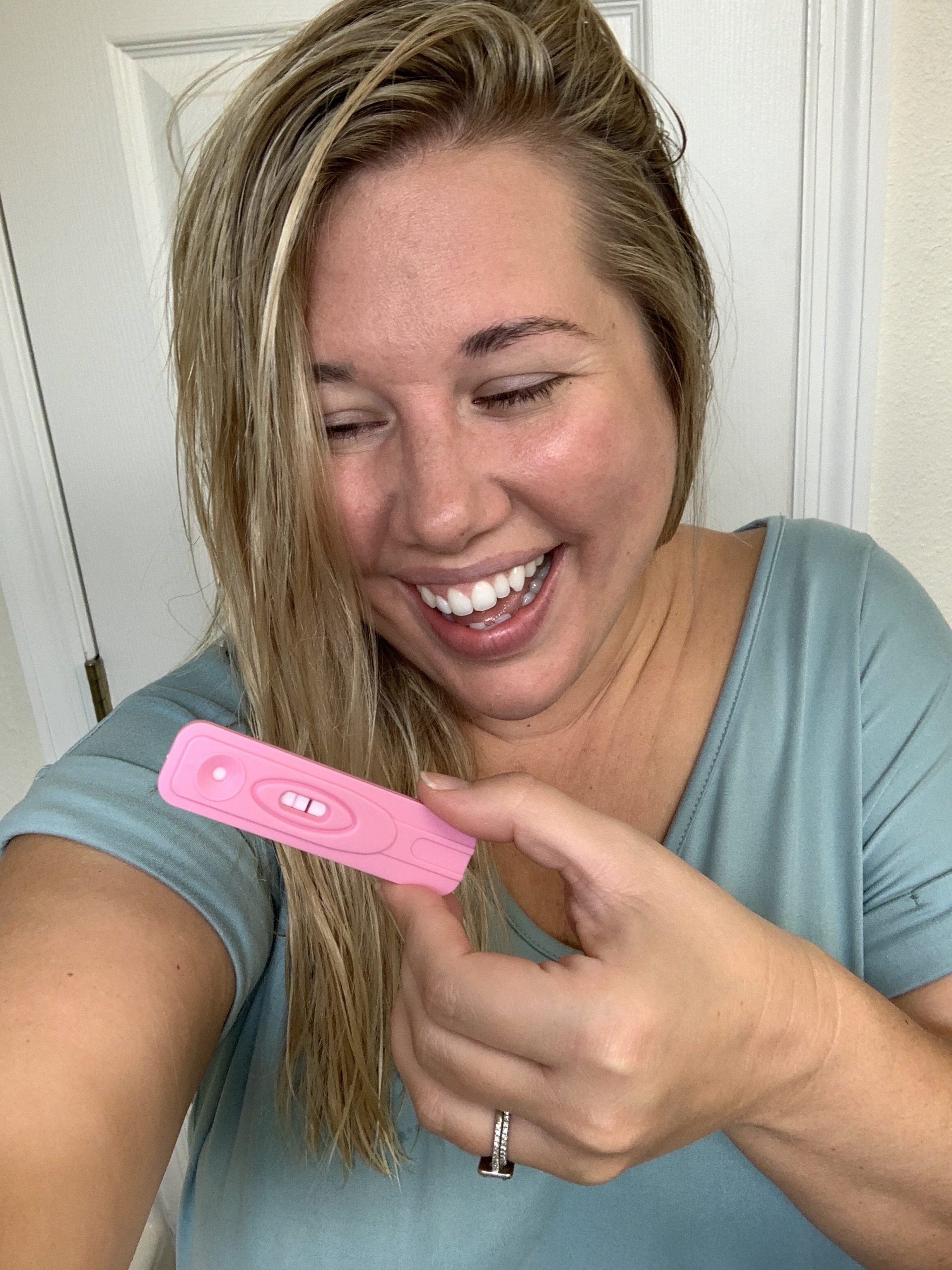 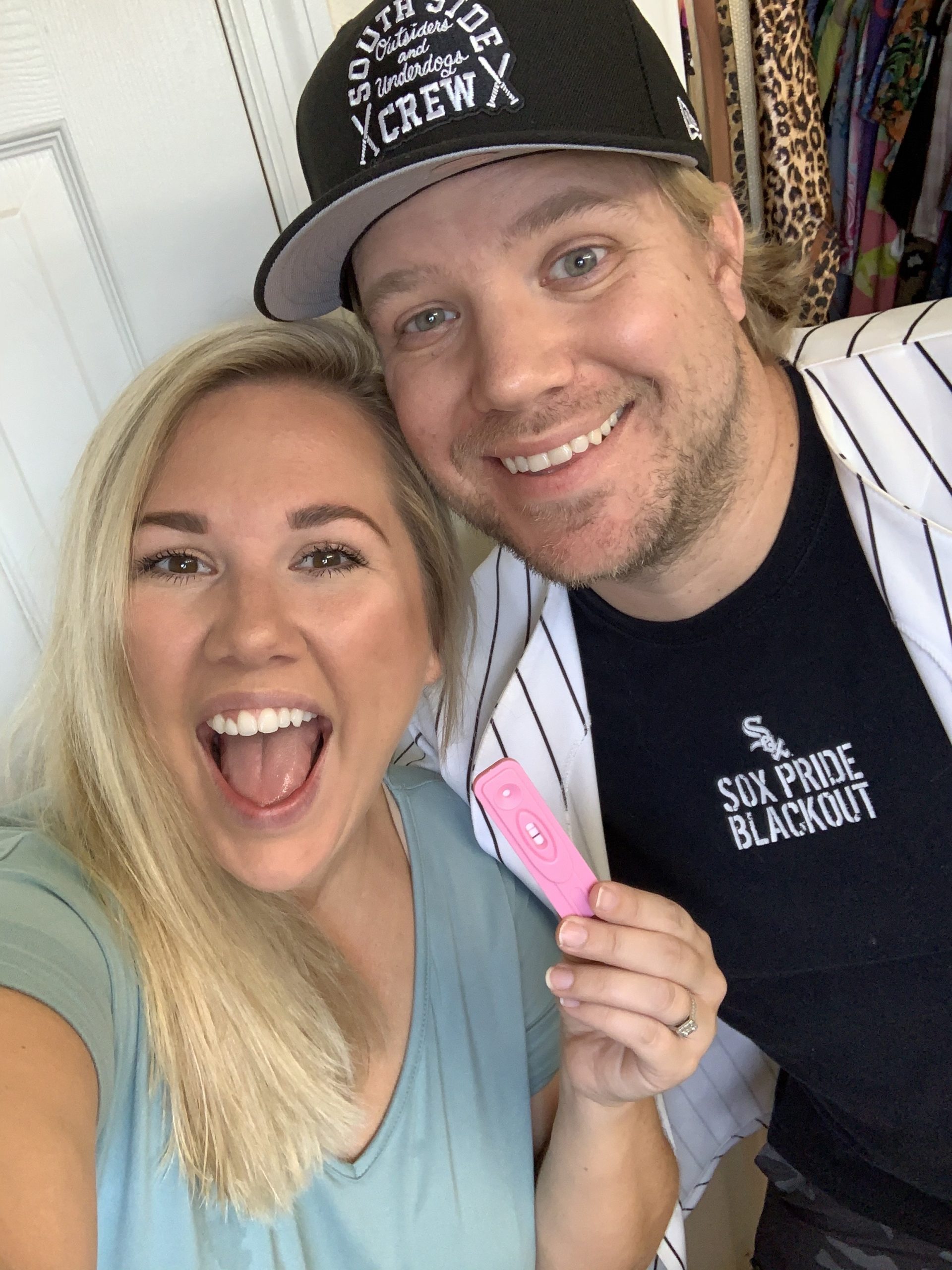 I cried the ugliest, loudest tears ever. My husband was on a work call, but I couldn’t wait. I taped the test to the inside of the book I was reading (Where the Crawdads Sing) and ran into the office to ask him to help me with a word I didn’t understand. He finished his call, turned to the page I had bookmarked, and saw the two pink lines. We both stared at each other and cried, just as I am now as I write this.

Weeks went by and I was on cloud nine. I was a week away from starting weekly progesterone injections to help prevent preterm labor this time around, but I wouldn’t make it that far. Two days shy of my 16th week of pregnancy, my water suddenly burst on a Saturday morning at home amidst making pancakes for the family, and we rushed to the emergency room. I was transported by ambulance to the labor and delivery ward of my doctor’s delivery hospital and told that I’d lost all of my amniotic fluid and the baby stood no chance of survival. How? Why? It took so long to get here. Our almost-4-year-old was so excited to be a big sister. It’s all she’d talked about for two years. What would we tell her? 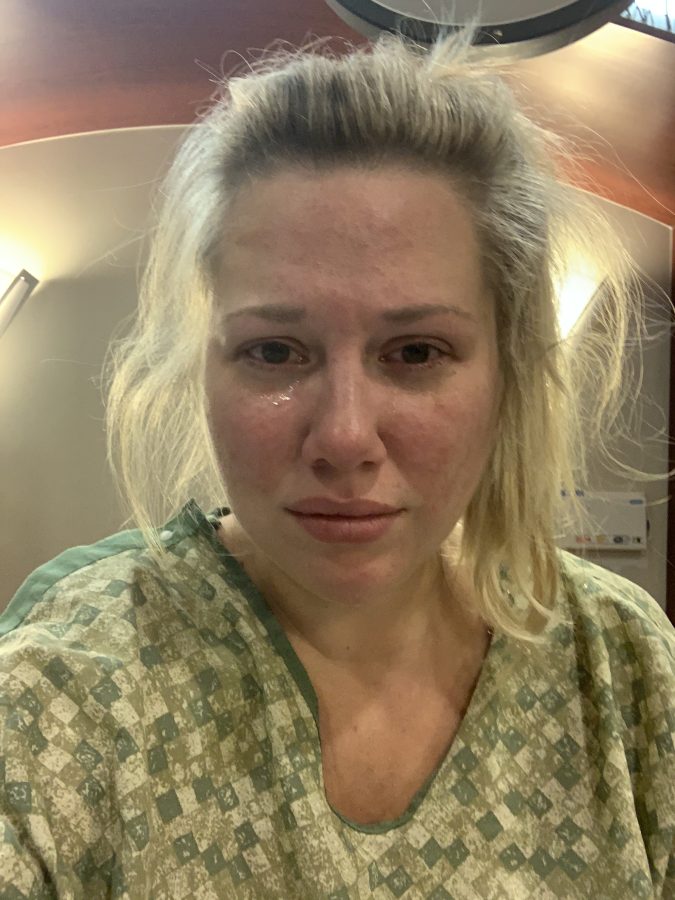 Twenty-four hours later, I delivered a baby boy, who wouldn’t be coming home with us. We named him Beck. I was broken. Heartbroken. Devastated. Confused. Angry. So sad. And sent home with a box of memorabilia containing his hand and footprints, a tiny crocheted hat and diaper, a baby blanket, and a few photos of him that the nurses took.

At my 6-week postpartum checkup, my doctor told me we could start trying again after two successful menstrual cycles, or when we felt we were ready. “Just know that you’ll likely be more fertile over these next few months, so keep that in mind,” he told me. He was right. Four months later, without tracking, counting, hoping, or trying, we were pregnant. I was elated that it happened easily this time around, but you can’t even imagine the terror, paranoia, and guilt I felt.

I was treated for Incompetent Cervix and PPROM, placed on pelvic and moderate bed rest, and monitored closely throughout my pregnancy. On December 27, 2021, one year and ten days after delivering our angel baby boy, after 3.5 years of trying to complete our family, our rainbow baby girl, Poppy James, was born at 37 weeks. The sound of her first cry is one I will never ever forget.

It’s a bittersweet story, for sure. I’m grateful every single second of every single day for our little Poppy, but not a day goes by that I don’t think about baby Beck and the struggles we went through to conceive him. I’d just love to give 18-year-old me who thought I’d be married with two kids by 27 a slap in the face and a dose of reality. Because, unfortunately, the reality is that not everyone will get to be a parent, and not everyone will have an easy journey to get there if they do.

I’ve been blogging for 13 years and have been sharing my daily life on Instagram since stories became a thing, but my struggle with infertility isn’t something I shared publicly for a while. I’m not sure why. It just wasn’t something I’d experienced or even realized I was experiencing until a year in, and I certainly didn’t want unsolicited advice or the “What’s meant to be” and “You can always adopt if it doesn’t work out” comments to flood in. I also didn’t have anyone close to me who was opening up about infertility, so it didn’t come up in casual conversation. But now suddenly I feel like more and more people are struggling with fertility issues. Anyone else? Perhaps there’s just more awareness and it is becoming more “acceptable” to open up about it?

I know this post was heavy, and it’s not something anyone will ever want to relate to, but I want you to know that no matter your age, your history, or your story, please know that you are not alone. I have a friend in her mid-twenties going through her second IVF cycle after failed attempts with IUI, another in her mid-thirties who finally conceived (twin girls, yay!) after years of unsuccessful treatments, another who’s been trying everything under the sun for years, and another who has spent tens of thousands of dollars and is still hoping and praying for her good news. Infertility doesn’t discriminate. You are not a failure and you are allowed to be upset. You are allowed to be happy for friends who get pregnant before you and still feel devastated and even jealous. You are allowed to celebrate the hell out of it if you finally do succeed. You are allowed to undergo all the fertility treatments in the world if you want, or absolutely none of you so choose.

We all cope, grieve, celebrate, process, and quite frankly, survive differently. There is no right way, there is no wrong way. Just know that your way is yours alone, but you are not alone in the journey. We are part of a terrible club that we never asked to join, but we are in this together, forever, in one way or another.

If I can offer any suggestions at all to someone struggling with infertility, it would be to:

To the men and women out there who want so badly to have a child of their own, know that I am praying for you, for comfort, for peace, for patience, and of course, for your dream to come true. I see you. I am with you. You are a warrior.