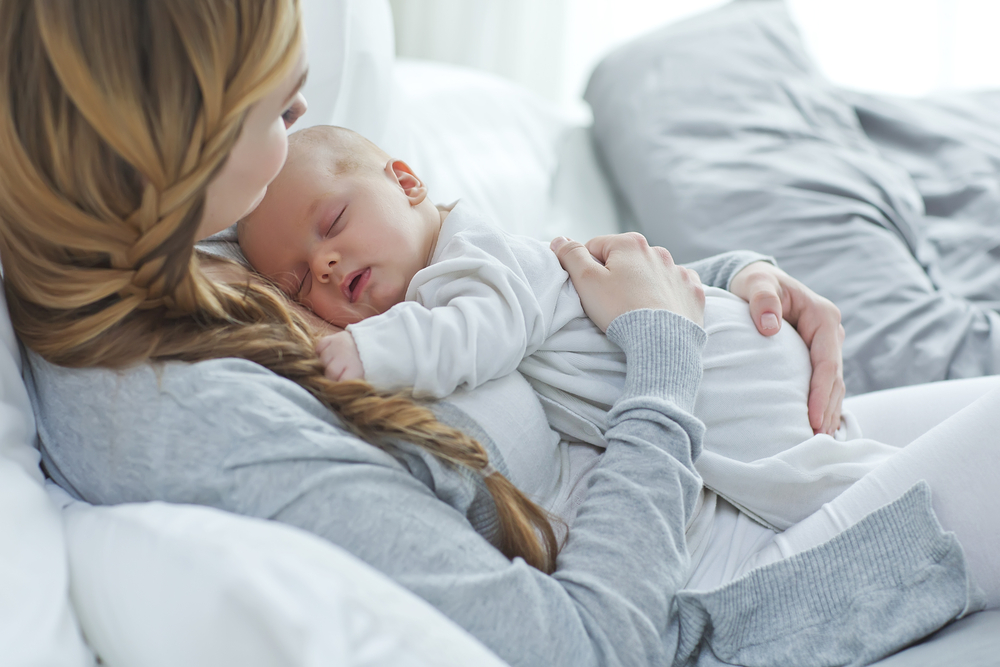 My last C-section was seven years ago. I honestly don’t remember much about it — I recall my son’s first cry and the moment I met him, but the whole procedure and the days following are a blur. I guess it’s a good thing I didn’t remember too much and opted for another c-section in April when my second son was born. I figured if I survived the first one, how bad could it have really been?

Well, it’s been six weeks since my surgery, and from what I do remember, at least five things have been different the second go-round. All of them occurred once I left the hospital and resulted in a couple of postpartum visits to the OB and the emergency room within the first few days of being home.

1. Holy swelling, Batman. I never had any abnormal swelling during my pregnancy. So when my legs and ankles and feet swelled up to the size of tree trunks, I knew something was wrong. My feet physically ached, even flip-flops didn’t fit. No matter how much much water I drank (seems odd to drink more fluid, I know!), how much I elevated my feet or walked around, nothing helped. My OB suggested I go to the ER since it was a weekend and they wanted to be sure it wasn’t a blood clot or preeclampsia, which apparently you can still get after you deliver. It was neither, thankfully. But my blood pressure had shot up to 168 over 93, and I was obviously retaining a lot of fluid. My blood pressure has never been over 110 over 80 in my life, so this was pretty scary. The swelling was crazy — they told me it was from all the fluid/IV they pump into you during the surgery, and it would go away eventually. It took about a week for me to recognize my ankles again.

2. Is it hot in here? I was sweating like I was running a marathon in the Sahara. It mostly happened during the little sleep I managed to be getting. I would wake up soaking wet and have to change shirts. I am not a big sweater generally, so this was unlike my body. It lasted for several weeks, and my body regulated again. Blame it on the hormones, I guess.

3. Insomnia. While you might expect to not get much sleep with a newborn baby at home, I was exhausted but couldn’t sleep. It was so frustrating, and it would stress me out watching the clock tick by, knowing I only had a short window to rest as it was. I don’t function well on little sleep — I may get a little emotional, which is not ideal when trying to survive the first few weeks with a newborn.

4. Pass the pain meds, please. I woke up from a nap a few days following the surgery and felt like I had been hit by a bus. My incision and stomach weren’t painful, but every part of the rest of my body was. My fingers hurt. My shoulders hurt. My feet hurt. My neck and shoulders hurt. I burst into tears because I hurt so badly. I was popping 800 mg of Motrin every 8 hours, plus the stronger stuff they send you home with and I barely noticed any relief. My neck and jaw are still stiff and sore — I think from all the positions I’m not used to being in while feeding and holding the baby — but I’m doing things like massage, acupuncture and cupping to find relief.

5. Taking time to heal. I am not a patient person and being 42 didn’t help my cause as I recovered from major surgery. Sure, I was up walking around and taking the baby on short walks the week after I got home, but I don’t think it helped me recover more quickly. I think it may have actually made me feel worse in the end.  I left the hospital after two days, though I had the option to stay. Looking back, I should have rested another day. Instead I felt like crap longer than I remembered and expected.

Six weeks later, I finally feel normal again and just got the all-clear from my OB to slowly get back into exercising. But it was a long six weeks, and I certainly didn’t bounce back as quickly as I did seven years ago.