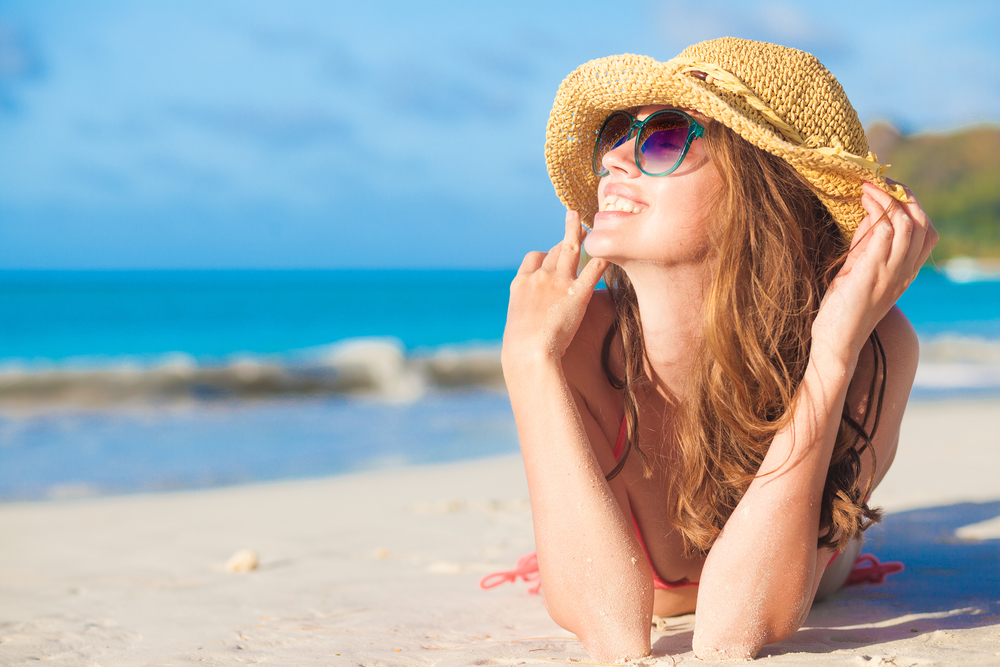 I grew up on the sunny beaches of Hilton Head Island, South Carolina, in the ’80s and ’90s. If anyone has visited that idyllic resort town, it was no less magical as a year-round resident than it is as a visitor.

It had more of a small-town feel than anyone would probably guess — throughout my childhood, we had one elementary school, one middle school, and one high school (unless you went to one of the two private schools), and everyone knew everyone else. Things would happen at school and your parents would know about it before you even got home — and this was before cell phones! This was also before anyone had made any major statements on things we consider basic parenting standards now… one of them being sun protection.

There were no baby-sized rashguard suits with hats and sunglasses — toddlers graced the beaches in a diaper (at best), and I remember many younger siblings of friends napping passed out on a towel. Elaborate tents (or whatever the “glamping” version of beach-going is) was not how it was done back then. You slapped that oil on your skin (or butter if you were super trendy), sprayed the Sun-In on your hair, and you were well on your way to the perfect summer glow. And if that didn’t cut it? Don’t worry, there was always the option of the tanning bed. Offered in gyms, in salons, and strategically located next to sorority houses well into the late ’90s and 2000s, I always had the option of achieving a “healthy glow.” Except how healthy was it? I have super dark hair and incredibly fair skin. When I shop for foundation I never have to worry about finding the right shade — whatever the lightest option is, that is me. So why I spent the better part of my teens trying to be tan after spending the majority of my childhood sunburned, I have no idea. You would think I would logically know that the sun-kissed skin tone was never meant for me. Mine, to this day, remains more of a sun-slapped experience.

This is one of the biggest reasons why I knew I needed to make regular skin checks a priority in my early 30s. I remember making my first appointment, feeling all proud of myself for being so proactive and making sure they had a baseline exam. Imagine my shock at that first appointment, when at 32, four areas were removed for biopsy, one of them coming back as pre-melanoma. The area was further removed and biopsied, and I went from the typical standard 12-month checkups to 6-month checkups. Throughout that period of stress, I told my mom I wanted her to go and get checked as well. She ended up having stage II melanoma removed from her calf, complete with a skin graft. I still continue to get checked every six months, and now my mom does, too.

I recommend that anyone with a sun-loving background (so basically anyone who grew up in the South) find a good dermatologist and make their skin health a priority. Sunscreen is a great tool (along with an SPF lip balm), as are other UVA and UVB barriers like sun shirts, hats, etc. You can also reduce your UVA and UVB exposure by limiting your time in the sun between 10 a.m. and 4 p.m. when the rays are at their strongest. When you are in the sun, make sure you are reapplying sunscreen every two hours, or more frequently if you are sweating or swimming.

If you do have any moles or spots that you notice, go see a dermatologist immediately. My spot of pre-melanoma was small, but it was one that I had noticed as new in the last few years — but I didn’t realize it was a problem. It turns out any changes to moles, freckles or your skin should be checked by a doctor. There are some simple ABC rules to keep in mind, and always report any of the following to your health care professional:

We are so lucky to live in the Sunshine State, so I say we officially say we start making the change to the Sunscreen State!

Love My Outfit? Thanks, It’s Not Mine!