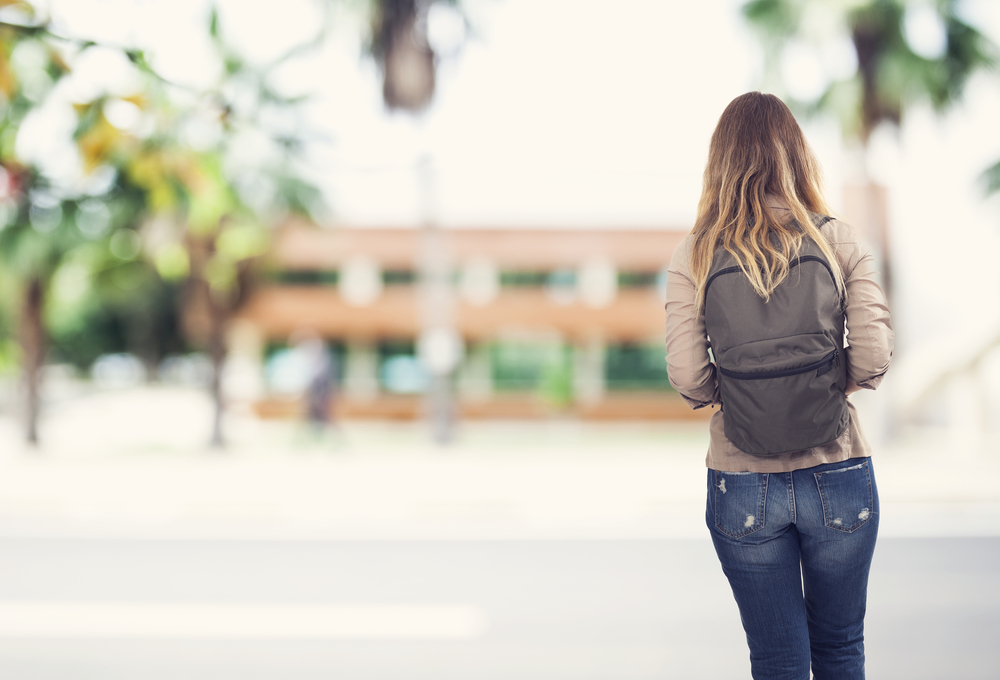 My husband and I didn’t intend to become foster parents. We had always somewhat considered adopting an older child, a teenager perhaps, at some point — but it was an idea held off to be reconsidered in the far future when our own children were older. I loved the idea of being a foster parent, and I wished it was something that was possible for us. But since we already have a bunch of kids, and not many extra rooms, I just figured it wasn’t meant to be. And then, our foster daughter was unexpectedly dropped into our lives.

For the past year, we’ve been raising a preteen girl who has been through hell. It feels like every month or so, we’re discovering some new horror she’s had to experience — a new sexual assault, a new example of neglect, a new story of abuse. Sometimes it’s a casual disclosure, where she’ll mention something at random, like how she knows to drink a glass of water to fill her up for nights when there’s nothing to eat for dinner. Other times, it’s her reaction to something, and her therapist has to explain to us what she’s really feeling and why she’s behaving the way she is.

There’s a serious stigma surrounding foster kids, with this idea that they’re bad, or broken, or dangerous to have around. That’s definitely not true for most foster children, and that includes our own. She’s not violent, and while there is the occasional outburst, it’s honestly not much more than what you’d expect from really any tween. Yet the idea that she’s a “bad” kid has permeated everything within her psyche. And that is truly the biggest issue we have to overcome. She has such a low sense of self-worth. She has felt, her entire life, that she isn’t worth anything. Almost all of the issues we do have with her ultimately stem from that in one way or another.

Lying or acting out? Being rude or disrespectful? Getting into trouble? She’s testing us to see if we’ll throw her away as everyone else has. Or maybe it’s that people around her — new friends she’s made, the family members who are still around — are treating her like crap. Time and time again, she just takes it, or she makes excuses, or refuses to defend herself. In her mind, this is what’s normal. This is what she deserves. It’s been a herculean effort to reassure her that she will not ever be kicked out of our house, or that she is a valuable human being who does not deserve to be treated like garbage.

Other things she does are also typical for kids in her situation, as sad as it may be. When she first moved in, she would eat everything in sight — or so it seemed. Why? Because her entire life, she never knew when her next meal was going to come, so she had to eat what she could, when she could. She disassociates fairly often when we have to have any kind of difficult conversation because she literally can’t handle the emotions. She hasn’t dealt with the emotions surrounding her childhood, either, because it’s too traumatic. She gets scared if we get into arguments, or if someone yells because she doesn’t know what it’s like to be in a safe home, with a safe family.

All of these things are undeniably hard. There’s so much pain and trauma to overcome, and sometimes, I don’t know if we’ll ever be able to do it.

But then… there are moments. She’s gotten comfortable with physical touch around us now. When she first came to us, hugs were not something she was okay with, pretty much ever. Now she’s perfectly happy to snuggle up on the couch with me or my husband to watch a movie. She has become so much healthier than she was a year ago — you can literally look at pictures of her then and now, and she looks so much better (which, let me tell you, is incredibly bittersweet). She’s learning to express herself better, to not lash out, or shut down in stressful situations. She’s making better decisions. It’s so rewarding to see these things happen, almost like milestones for a new baby, and it’s a reminder that it’s all worth it.

Fostering is hard, much harder than I thought it would be. You think you know what it’s going to be like, especially after you take all the state-mandated classes. But the generalities of attachment issues and traumatic experiences and hurting children don’t do much when you have a living, breathing person standing before you going through all of it. I love her, and it hurts every time I think about what she’s had to endure. But love, patience, stability, and kindness go such a long way, and really, that’s all foster kids need. Maybe reunification is possible; maybe it isn’t. But either way, giving them a stable home where they can feel safe, can begin to heal from the pain they’ve suffered through, is what they need. It’s a huge privilege to be able to provide that to this girl. People often say that she’s so lucky to have us, but I don’t see it that way at all. We are the lucky ones, and if you give them a chance, you never know. A foster child might change your life, too.