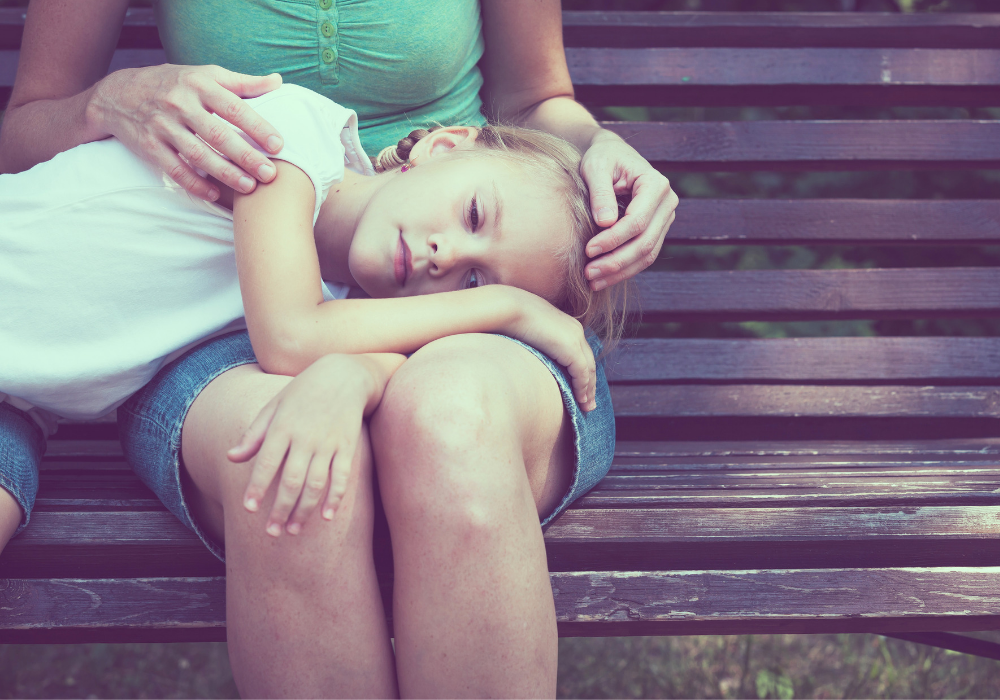 When my daughter was only a few weeks old, my husband and I were admiring her as she slept and talking about all the things we couldn’t wait to do with her as she got older. I was imagining playing with her at the park and taking her to those cute little baby gymnastics classes — but then he admitted he wasn’t looking forward to that at all. He was already anxious about having to interact with all the other parents and children as she began to grow. It took me a few minutes to understand, but as a true introvert, he already knew he was going to have to go way out of his comfort zone as our children grew up. He realized he was going to have to be the dad who chatted with other parents at the park, dance classes and all other places we would go. It hadn’t even occurred to me to worry about this, I make friends in line at the grocery store, so I was excited to about the new people parenting was going to bring in to our lives, and here he was already starting to stress. This was the first time I truly considered how far out of comfort zone we would have to go as parents.

They say that life begins outside of your comfort zone. That when you step outside of your safe space, the magic happens. I’m not so sure about that. I certainly do love my comfort zone, surrounded by my people and things and activities I know and understand. But I have realized lately how much I am challenging my own children to try new things and not let fear get in their way. I find myself telling them it is okay to be scared or nervous, but that doing it anyway is what makes them brave. Telling my kids this is one thing, but leading by example and showing them is quite another. As an adult, it can be more difficult to try new things. I feel as though I barely have the time to do the old things that I love, much less find new things. And the things that I am truly scared of are much bigger than a 7-year-old needs to know about. They don’t need to know that I conquer a fear every time I let them walk into school without me or each time I step on an airplane. Or that I step out of my comfort zone more than my kids realize, but I try not to let them know because I don’t want to burden them with my issues.

For example, my daughter loves to dress and look like me. I know it won’t last forever, so I am trying to soak it up now. We have the same haircut because she loves that we both have bangs, and so do I. Recently, we were going to out to dinner with family from out of town, and I asked her to wear a dress or something nicer than her standard shorts and T-shirt. She came out in a super cute striped dress that she normally wouldn’t wear. She declared that she had chosen it because I have a striped dress, too, and now we could be twins. She didn’t realize that striped dress of mine she was referring to was currently a size too small on Mommy. I was not feeling my best, and the thought of wearing an ill-fitting, too-small dress out to a dinner where I knew there would be photos sounded like a terrible idea. But how do you explain that to a 7-year-old who wants nothing more than to dress like Mommy? You don’t. So I sucked up my own insecurities, put on the dress, and spent the night outside of my comfort zone. And while the dress wasn’t the most flattering thing I could have worn, in the end, it didn’t matter because we had fun together, and doing this small thing to make her happy was totally worth it.

While I am aware of things I do as a parent that require a bit of bravery or making myself uncomfortable, the kids usually don’t realize it is happening. But sometimes, it is good to show your children that you are scared of something, but you did it anyway. A few weeks ago my time came again to step out of my comfort zone and show my daughter that I could be brave. My daughter’s Girl Scout troop was going camping for the first time, and I was one of the chaperones. Outdoors and camping are not my thing. I like to look at nature from a screened in porch with a glass of wine. Bugs freak me out. I’ve never been camping; I can’t think of a time I actually slept in a tent. But my daughter was so excited. She and her friends talked about the trip for weeks. I ignored the anxious feeling in my stomach and smiled every time we talked about it.

It was an organized event, so we didn’t have to plan activities or pitch tents. It wasn’t exactly roughing it, we were staying in cabins. I told myself it was going to be a little bit like “glamping.” But when we arrived at the campground, it was dark. I had no idea where we were going. We finally figured out where our cabins were, and there was no electricity. Not what I was expecting at all, and the darkness was somehow made worse by all of the noises — bugs, frogs, crunching sticks from the girls running around, creaking doors, creaking beds, and did I mention bugs? The girls had glow sticks and flashlights and thought it was the most exciting thing ever. As they ran around with their friends, I was left alone in our cabin, where I was the only adult staying with two girls. I promised them I would get it all set up make sure it was all clear of bugs and creepy crawlies. As I stood in the middle of the cabin, I felt something crawl on my leg. I looked down to see a cockroach, or if that is a city bug, its country cousin, making its way up my calf. I frantically kicked my leg causing the bug to fly off. Once I felt it leave my leg, I tried to find it so I could kill it, but it was gone. It was so dark, and even with my flashlight, I couldn’t find it anywhere. I took several deep breaths and sat down on the cot to collect myself. My heart was racing, and I was now on the hunt for this bug that I had to find and kill or try to sleep knowing it was sharing our cabin. As I tried to pull myself together, I felt something on the top of my head. I tentatively put my hand up and felt the string of a spider web. A spider the size of a quarter was lowering itself from its giant web on the ceiling on to my head! I learned my lesson from the roach and threw the spider outside. I was trembling at this point and felt as though I was surrounded by creatures. There was no way I was sleeping in a cabin full of bugs, I was packing up our stuff and heading home. I was done. Just then, my daughter ran up to me with the biggest smile on her face and excitedly said, “Mom, isn’t this the most fun! It’s so cool out here, we are CAMPING!”

She must have noticed how shaken up I was and her face fell as she asked if I was ok. I looked her in the eye and said no, I was not OK. I was really scared because I had accidentally touched a couple of bugs. I know it sounds ridiculous to those who aren’t freaked out by these kinds of things, but tears sprung to my eyes. My sweet girl gave me  a big hug and said, “Mommy, remember, you are much bigger than the bugs, and they were more afraid of you than you were of them, they can’t hurt you.” The exact same words I’ve said to her so many times when she screams at a bee at the park or an ant at the beach.

We ended up staying at camp both nights — I slept with one eye open, still looking for that bug I never found. Weeks later, when my daughter talks about that camping trip, one of the first things she tells people is that Mommy was scared and she helped me brave. As parents, we know the importance of helping our kids expand their comfort zone. We want them to be brave and try new things. But we also need to make sure we are pushing ourselves out of our comfort zone. Whether you are making small talk with strangers or spending the night surrounded by creepy crawlies, our journey as parents will lead all of us to places we didn’t expect (or necessarily want) to go.

Dear Mom and Dad: I Get It Now