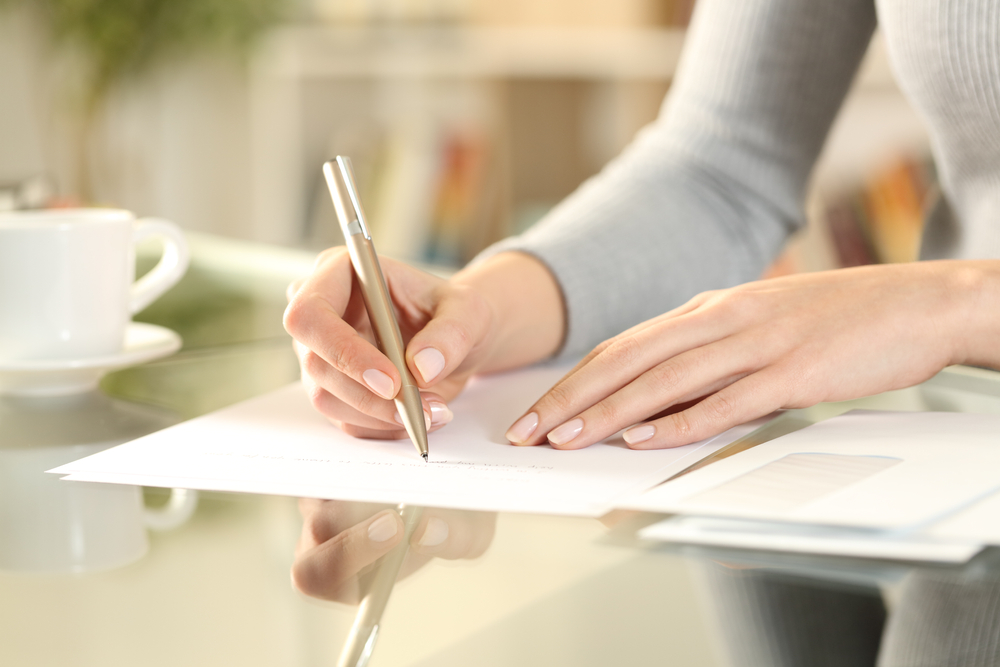 It’s time to put on our big girl pants, sit up straight, and lay our cards on the table because this is the last amount of effort you’ll see from me. For the last 15 years, I’ve been part of your family in one role or another. We’ve laughed. We’ve cried. We’ve celebrated, and we’ve lost. Unfortunately, this isn’t a letter to celebrate. Instead, it’s a letter of loss. The loss of the last 15 years. The loss of love I had for you. The loss of respect I had for you. But more disheartening, the loss of an opportunity for us to actually celebrate, behave, and be family.

You see, this doesn’t come easy. It doesn’t come from a place of hurt or even annoyance. It’s just indifference and truth. The truth is, I think I’ve given every bit of myself into this relationship. When I met your son so many years ago, I don’t think either of us hoped we’d be where we are. I know you didn’t think I was good enough for him, and my parents felt the same way about him. The difference is that my family welcomed him with open arms. They took the time to get to know him. They were patient and took an interest in the man who would someday become their son-in-law. I could only wish that I received that kind of acceptance from you. Who am I kidding? Any kind of acceptance would’ve been better than what I received.

Instead, I was met with snarky comments, rude gestures, and my favorite — the pansy childhood behavior of talking about someone behind their back. This is ironic considering you tell everyone that if you have a problem, you say it to their face. I guess it’s just another thing I am not worthy of though, right? The lack of common courtesy? Decency? Respect? Surprise, surprise.

I am not surprised by it, by any of it, really. It’s been this way since I was a girl. In my own way, I begged and pleaded to be part of your family. I offered us to go out to lunch, have a girls’ day, a day trip, shopping, even something as simple as floating in the pool together. Just to talk, get to know one another — anything. But not a single olive branch was extended to me from you.

I hate to say it, but you won’t know your grandchildren. Not the way their other grandparents know them. And you’ll fuss, whine, and complain to my husband, your son, about how much of b*tch I am being… keeping them from you. But I think you’ll find we are on the same page, and he’s just as done with you as I am. My children will not be around someone who doesn’t respect their parents — either of them. This goes both ways.

My family and I are tired of being afterthoughts to you. We are done trying to deal with your excuses, your blatant favoritism, your “This is me, take it or leave it” attitude. We have been doing just fine without you, and we will continue to do so.

I’ve gone 15 years dealing with your backhanded comments, your piss-poor attitude, and your sorry excuses. You’ve made it clear that I am not worth your time, your energy, or your effort. I shouldn’t have to beg to be shown an ounce of respect. The kind of respect where when you walk into my house, you acknowledge me — the same as I do to you.

So, dear mother-in-law, I am done. I am done playing your game. I am done trying. I’m not bitter, annoyed, hurt, or angry anymore. I am indifferent to your existence, honestly. Letting go of the constant worry and fear of not being good enough for you is probably the best thing I’ve done for my inner peace, and I thank you for it. I also thank you for teaching me about the kind of mother-in-law I don’t want to be when the time comes.

It has taken me 15 years to tell you this, but I have finally, finally accepted, that I am just the woman who married your son — and the mother of your grandchildren. I will never be your daughter. You will never treat me as such, and I am okay with it. I will be okay with it because that patient, wishful, bright-eyed girl you met so many years ago is gone. She’s grown up and stepped into the kind of woman she needs to be. I am learning to stand up for myself, put my foot down, and burn bridges with gasoline rather than kindling. No more wasted tears. No more wasted time. No more.

Dear mother-in-law, we are done.

Surviving the Holidays with an Ambivert