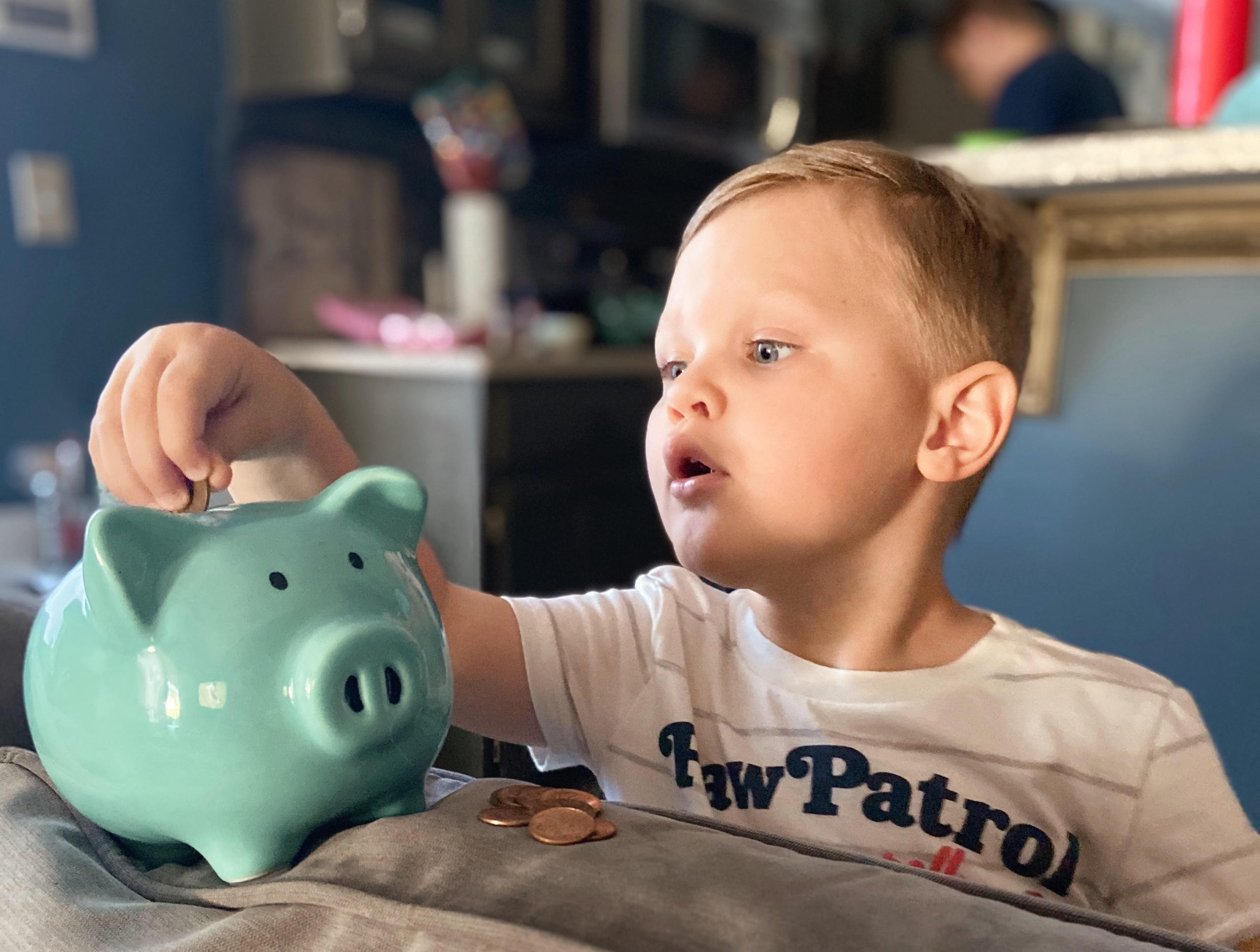 “Ma’am, I’m going to need for you to calm down, so your child doesn’t get even more upset.”

Deep breath. “Okay,” I squeaked, as I backed into our walk-in closet so I could better hear the dispatcher in the midst of my son’s screams. Was I just completely f*cking up this whole parenting thing? I couldn’t even remain calm for my kid.

I had just finished texting my husband when it happened. At the time, I was done. I’d spent the morning at the dentist while my 70-year-old dad watched my kids — but the routine cleaning had felt like a spa day in comparison. Once my 4-year-old realized that I was destroying the Easter eggs he so lovingly decorated in order to make egg salad for lunch, World War III erupted. “I DON’T WANT EGG SALAD! I WANT MY EASTER EGGGGGS,” he shouted as my 1-year-old screamed in solidarity and both children flailed under my feet while I chopped celery.

As the tantrum went on for 20 minutes, I immediately realized my mistake. Hell, I didn’t blame the kid — he worked hard, meticulously putting each tiny sticker on his green egg, one that I destroyed in the name of a sandwich. I should have given him a heads up. Silently berating myself, I tried to distract him with a turkey sandwich and some blueberries, only for him to wail in between bites for the hard-boiled eggs he would never see again.

When he later began to senselessly hit his little brother over a Hot Wheels racecar and both kids were screaming mercilessly, I’d had it. “STOP IIITTT!” Smartphone in hand, I collapsed on the toy-strewn couch, realizing I’d completely missed a work Zoom meeting. I then proceeded to drown my sorrows in scrolling through other people’s blissful lives, while my kids ran into the bedroom screeching. At least they’re finally getting along? Ten minutes ticked by. They were doing that thing where they’re both laughing hysterically, which can only mean one thing: Trouble. I waited five more minutes, dreading what I would find. That’s when I walked in to find them chucking change across the room. I immediately snapped a photo and texted my husband, “Today can go to hell!!!”

I wasn’t even phased that my youngest was trying to eat nickels. Heck, I paused to take a photo before fishing them out of his mouth. “PICK THIS SH*T UP!!!!” I shouted. I’d had it. Again. My 4-year-old was flailing on his back with a quarter in his mouth, cackling. “GET THAT OUT OF YOUR MOUTH! WHAT THE F*CK ARE YOU DOING?” Not my proudest mom moment. Or language. I bent down to snatch the quarter from between his teeth when I saw it drop down into his throat, and he was suddenly choking.

I panicked. I began pounding on his back as he cried and gagged. I jammed my finger down his throat and barely felt the tip of the quarter trembling just past his tonsils; there was no way I was fishing it out. I saw a tinge of blood in his mouth. Crying, I frantically called 911. When you see your beloved child’s life flash before your eyes, each ring is an eternity. He appeared to swallow it between screams, and I imagined the quarter tearing up his insides as his body tried to digest it — would it even fit through his butthole? I swear it rang no less than 10 times. I could barely get out our address, as both kids were screaming — I probably was, too. I knew my son was breathing, so I backed into our closet to better hear the dispatcher. “They are on the way. Whatever you do, don’t give him anything to eat or drink, and don’t pound on his back.” Sh*t.

Then all of a sudden, he had vomited. There, in the midst of his regurgitated turkey sandwich, was a slimy quarter. “I have it! I have the quarter! He puked it up.” He was still screaming. She said she would still send the Jacksonville Fire and Rescue Department to check on him.

We waited on the porch, all three of us crying. Two trucks pulled up, five men walked out. I felt silly. I felt sheepish. Why didn’t I just remove the kids from the room and pick up the loose change myself? Why did I sit on the couch mindlessly surfing social media when I knew my kids were up to some asinine shenanigans? God bless the JFRD. They were so kind. They said because he was crying, he was okay. They asked if I was okay. They promised us a tour of the fire department post-COVID.

We all quietly walked back inside. “You can stop crying, Mama,” whispered my 4-year-old. “The quarter came out.” We carefully slid the precarious coin into his piggy bank for safekeeping. I called my husband. He said I did everything right. But did I, really? I guess that’s what motherhood is — forever questioning your decisions, surrounded by endless guilt… even when it’s over a measly 25 cents. That, and when you think you’re so done, you can always handle just a little bit more.

Take the Break: A Mom’s Survival Guide to a Successful Summer

The End of My Mom Blogging Era