My entire life, I have dreamed of being a writer. I hand-wrote little books on construction paper and stapled them together in kindergarten, and I would stroll the aisles at bookstores like Barnes & Noble, just imagining the day I would see my name in print, alongside all the other “real” authors. Being a super-brilliant person, I of course chose not to write a book when I was still single and child-free. I mean, who would do that?! No, I decided it was way better to wait until I had six kids first, so it would be as difficult as humanly possible.

Okay, in all seriousness, I thought of writing various books throughout my life, but it just never quite came together until about 2018. Even then, writing it was practically painful, until I did the one thing I always said I would do, but never got around to doing: NaNoWriMo.

For the uninitiated, NaNoWriMo is National Novel Writing Month, a non-profit organization dedicated to promoting creative writing. Though there are different events throughout the year now, the most well-known event is NaNoWriMo itself, where participants are urged to write 50,000 words in one month, which takes place annually in November. In case you didn’t know, that’s a lot. It’s really, really hard. Most participants don’t make it, and the first few years I tried, “most participants” was me. But 2018 was the year that changed everything. I was finally a NaNoWriMo winner, and that was what gave me the final push I needed to finish my book.

Now, your average fiction novel is longer than 50,000 words, and I did already have a good amount written. But NaNoWriMo was what gave me the ability to finish, and here’s why: I had to write quickly to finish, which forced me to silence the self-doubt in my head.

There’s a little-known fact about writers: A lot of us hate what we write. We have so much loathing for ourselves and the things we put down on paper, constantly questioning everything and comparing ourselves to our favorite authors. Even though no one has read it yet, we still imagine the jeers and mockery people will surely dish out once they read the swill we’ve come up with. And I was no different. Everything I wrote, there was this constant refrain in my head: You are terrible. This is the world’s worst novel. You’ll never get published.

With NaNoWriMo, I had to shove all of that to the side, because I had a serious deadline. I had to just get it done, and that was what I kept telling myself. It didn’t matter how terrible it was; just get the words out, get the book finished, and I’ll fix it later. And it worked. Even with six kids, I was still able to finish. It was hard, and I had basically no free time at all for the month of November, but I did it. Of course, then I had to go on and edit the manuscript over and over again, so I wasn’t finished, but still — I had done it. I had accomplished my lifelong dream. I wrote a book. And now, that book is being published.

Whatever your goals are, motherhood does not hold you back. Whenever you start to doubt yourself, remember: You can do anything you set your mind to. 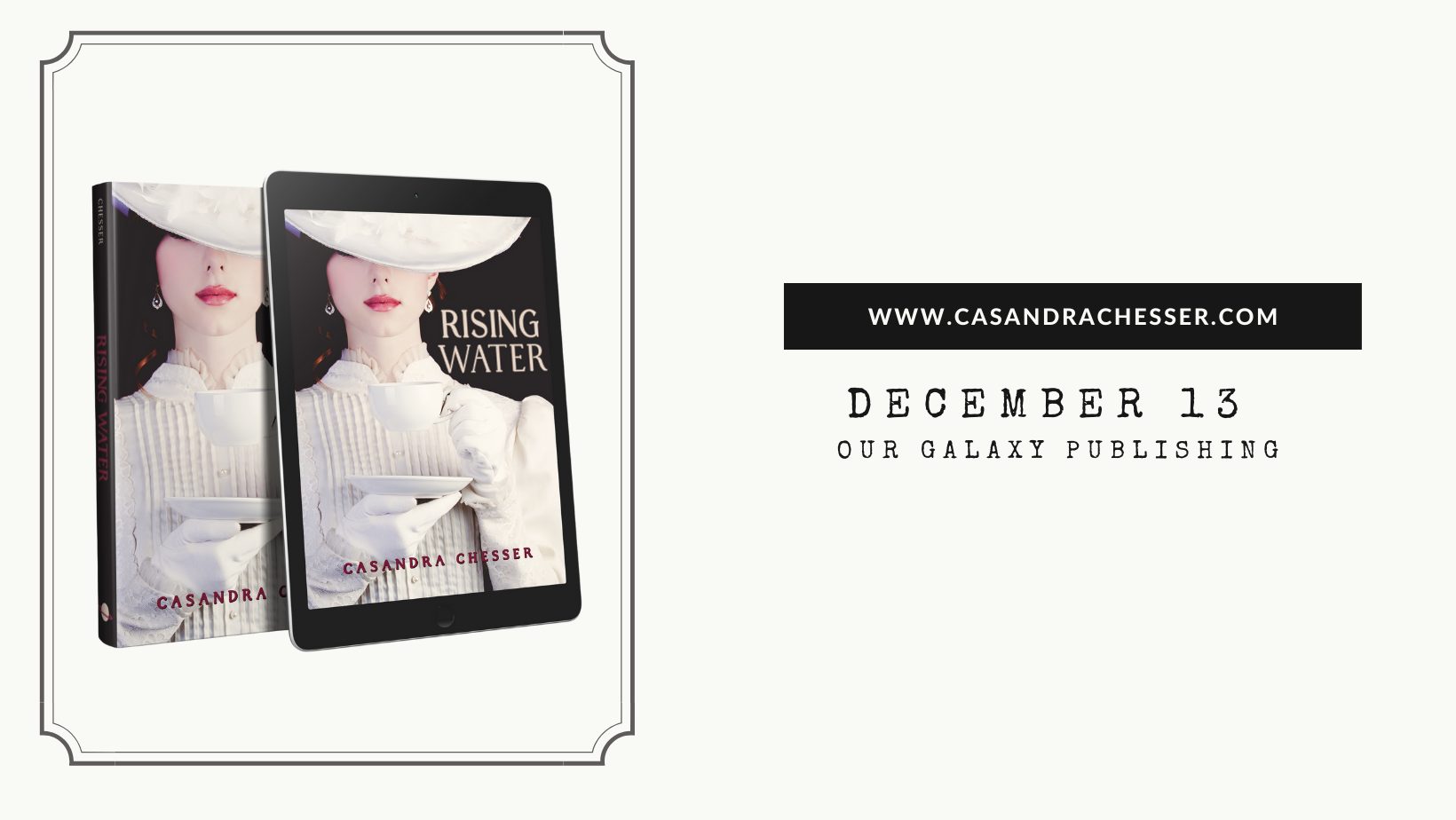 Editor’s Note: Cassy’s book is available for pre-order now, and we are so incredibly proud of her! Rising Water, a haunting story of a young Boston newlywed suddenly fighting for her survival, releases December 13. Learn more about Cassy’s work at casandrachesser.com.